From Sen. Mark Warner, who is exactly right about this being our “one shot to get it right”; how bipartisan negotiations “must continue until we have a deal”; and how “this is no time for political games” or for using “procedural maneuvers to advance a partisan bill.” Thank goodness we have responsible, serious U.S. Senators like Mark Warner on the job, because McConnell and his crazy crew certainly don’t have their acts together…

I’ve spent just about every waking hour of the past week working on a bipartisan coronavirus bill, which I’m still hopeful the Senate will vote on soon. Unfortunately, Senate Majority Leader Mitch McConnell did not let the negotiations get to the finish line. Instead, he put forward his own bill that did not include sufficient oversight and not nearly enough protections to help everyday workers. It also did not include nearly enough money that our hospitals, states, cities, and medical workers desperately need. Already, we’ve seen alarming reports that hospitals are running out of supplies and money to fight the coronavirus.

This is the biggest and perhaps the most important bill I’ve ever voted on, and we have one shot to get it right.

There are bipartisan negotiations ongoing, and they must continue until we have a deal. Until then, I will continue to oppose procedural maneuvers to advance a partisan bill. This is no time for political games. The American people need us to come together, and quickly. Congress must act urgently to help workers and businesses that are suffering and to provide much-needed resources to first-responders and medical workers on the front lines.

I am personally involved in the negotiations with Treasury Secretary Steve Mnuchin and Senate leaders, and I expect Congress to act quickly on a truly bipartisan bill that will help the American people weather this unprecedented health and economic crisis. Stay tuned. 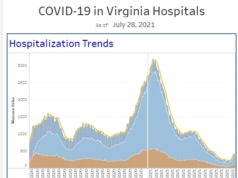