With everything going on these days, it’s not easy to concentrate on – or even care much about – upcoming elections in 2020, let alone in 2021. Fortunately, there are hard-core political analysts like Chaz Nuttycombe who are still on the case! For instance, see below for two Twitter threads from yesterday, the first on Virginia’s 75th House of Delegates district and the second on changes in population and political representation in Virginia coming after the 2020 Census and 2021 redistricting. 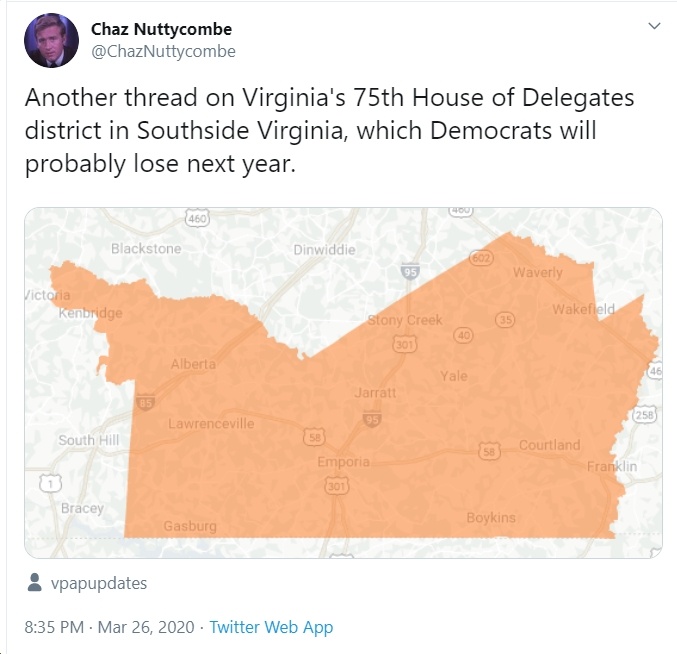 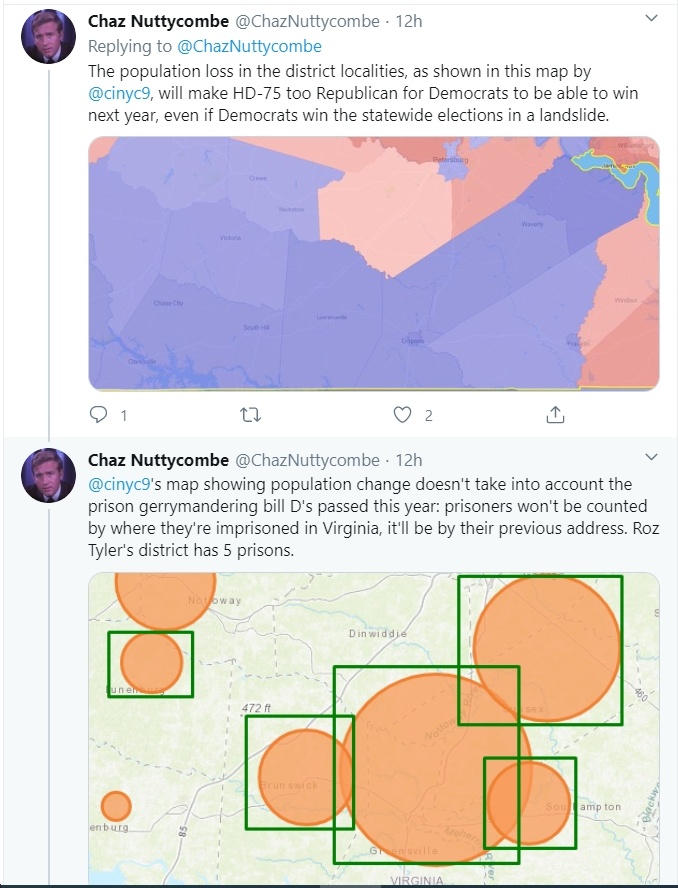 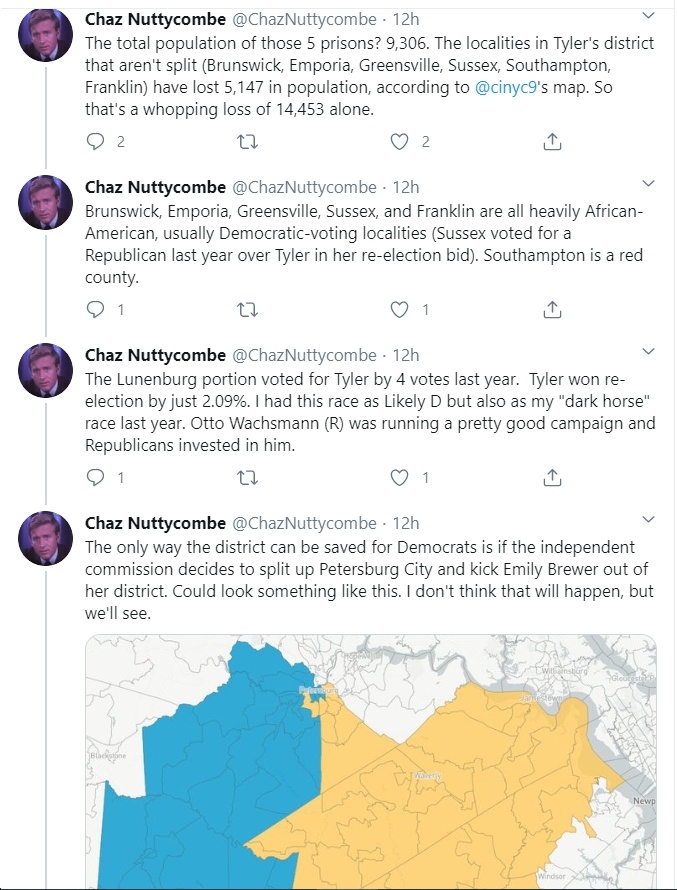 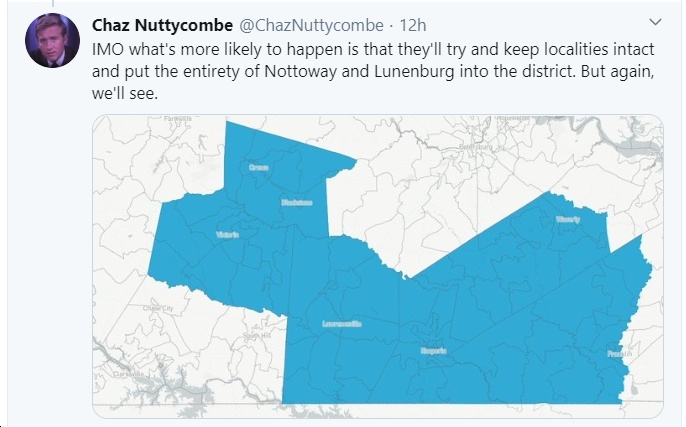 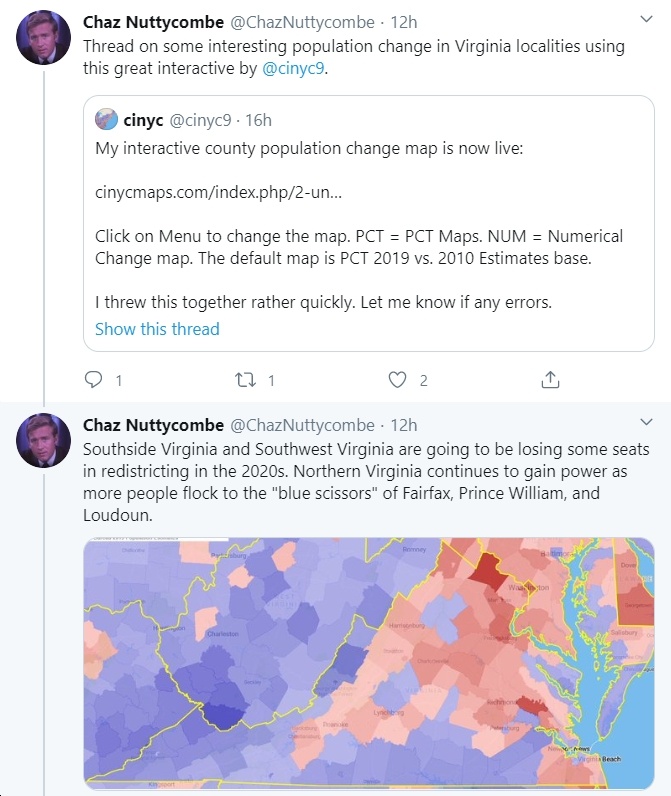 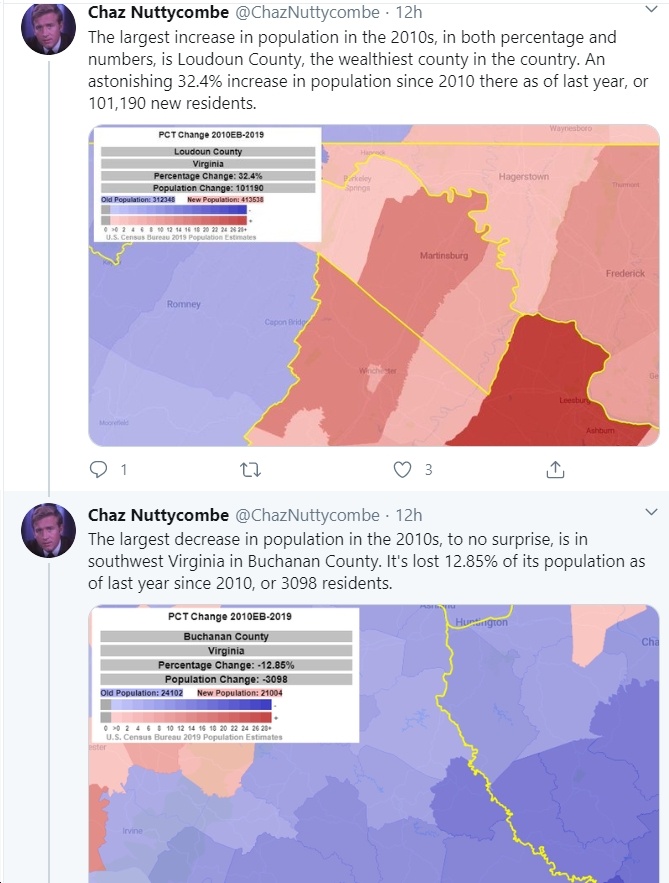 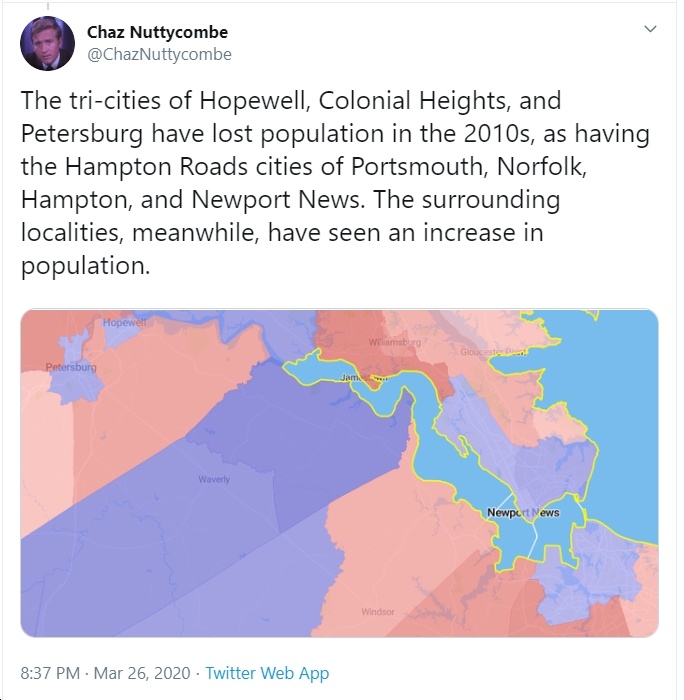 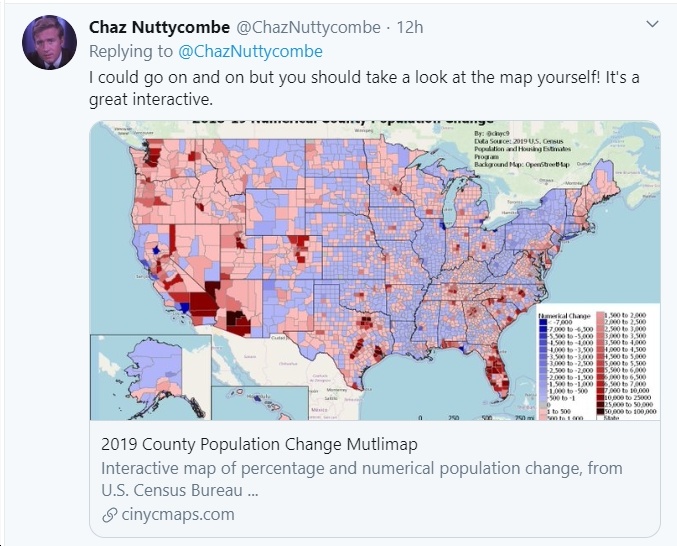