See below for video of State Senator Amanda Chase (R), who’s running for governor, vowing a few minutes ago that if she’s elected:

Chase further vowed to undo “all of these liberty-restricting bills” (she specifically cited raising the minimum wage, which she claimed is strictly an “entry-level wage” and was never meant to be a “livable [sic] wage,” and collective bargaining), arguing that “nobody wants the government telling them you gotta wear a seatbelt.” Her friend, Sen. Bill DeSteph (R) – yeah, this guy...and also this guy – also mentioned “unions” and “additional regulations,” which he (falsely) claimed will “crush” Virginia’s business climate. This is going to be a fun 2021 Virginia gubernatorial campaign, huh?

P.S. Meanwhile, see below for Chase’s post about her fellow right-wing Republican, Sen. Bryce Reeves, saying to her last night, “That’s it. I’m taking you down. You’re done…finished. I’m coming after you. And you’ll never recover.” Popcorn time? Hot butter? 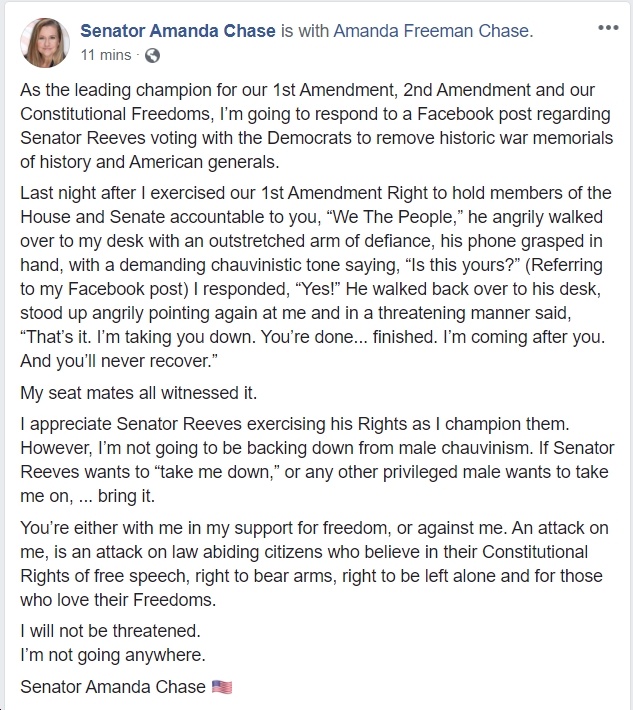