See below for the latest campaign finance numbers, courtesy of the ProPublica FEC database and the godawful FEC website (needs *major* upgrades), for the U.S. Senate race in Virginia and also several likely competitive U.S. House races (VA02, VA05, VA07) in Virginia this cycle. As you can see, Democrats in key races are looking good, money-wise! Now, let’s just make sure we all make sure we vote, and get every single person we know to vote, Democratic up and down the ticket this November. The country we save will definitely be our own!

U.S. Senate: Incumbent Mark Warner (D) raised a huge $1.8 million in the first quarter of 2020 and has a *really huge* $8.47 million cash on hand. Warner’s potential Republican opponents were left far, far behind in the dust, with frontrunner Daniel Gade with just $66k cash on hand and Tom Speciale with just $22k. These people are simply not serious. 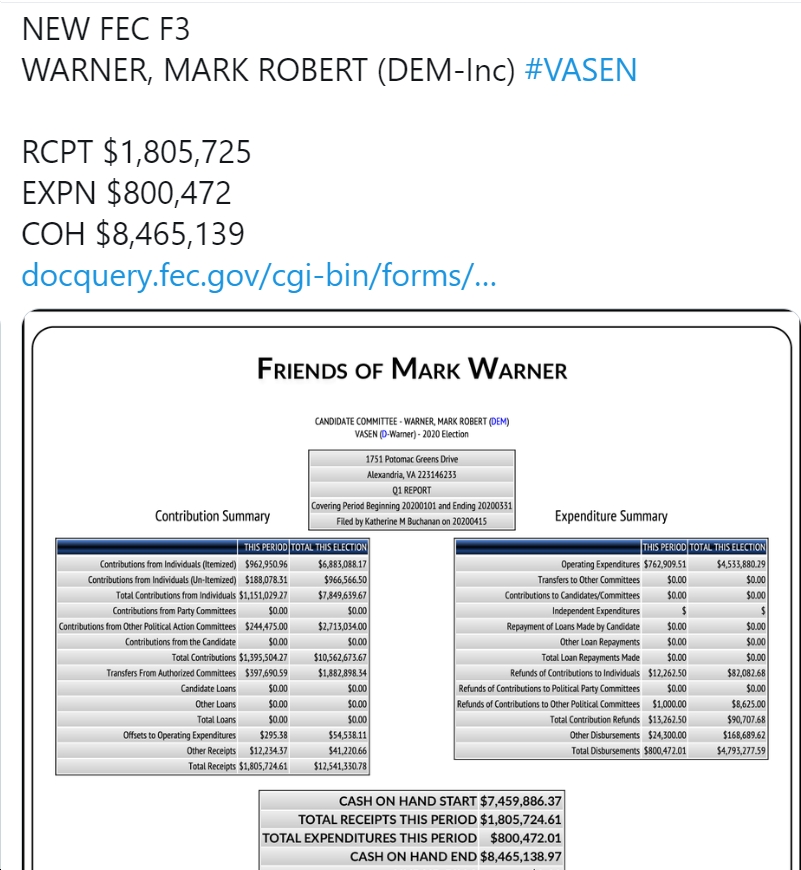 VA-02: Incumbent Rep. Elaine Luria (D) – Luria has $2.34 million cash on hand, compared to just $706 (!) cash on hand for Republican Scott Taylor [UPDATE: VPAP has Taylor with $370,581 cash on hand…must be another committee, maybe his former U.S. Senate committee? still, Luria WAY ahead] and $25,310 cash on hand for Republican Ben Loyola. This is a “purple” district, but just based on the money – including the utterly pathetic totals for Taylor and Loyola – Rep. Luria should be in great shape for reelection. 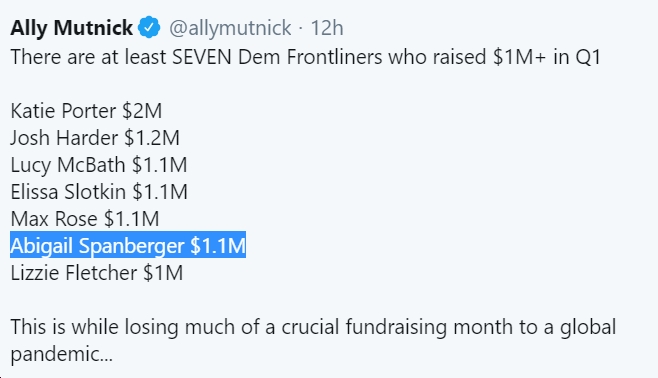 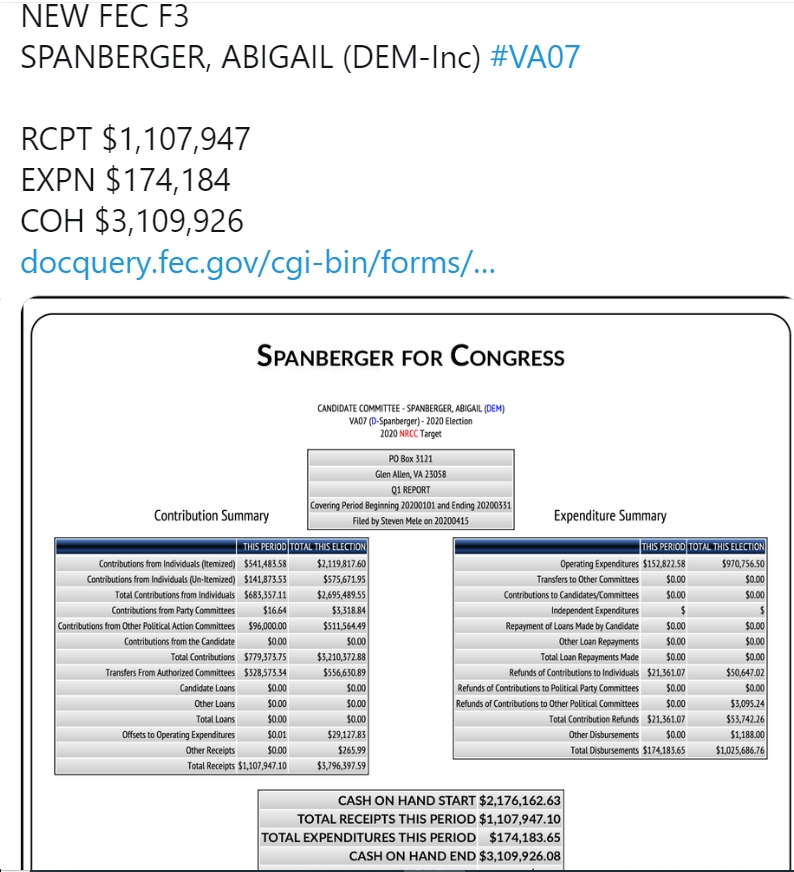 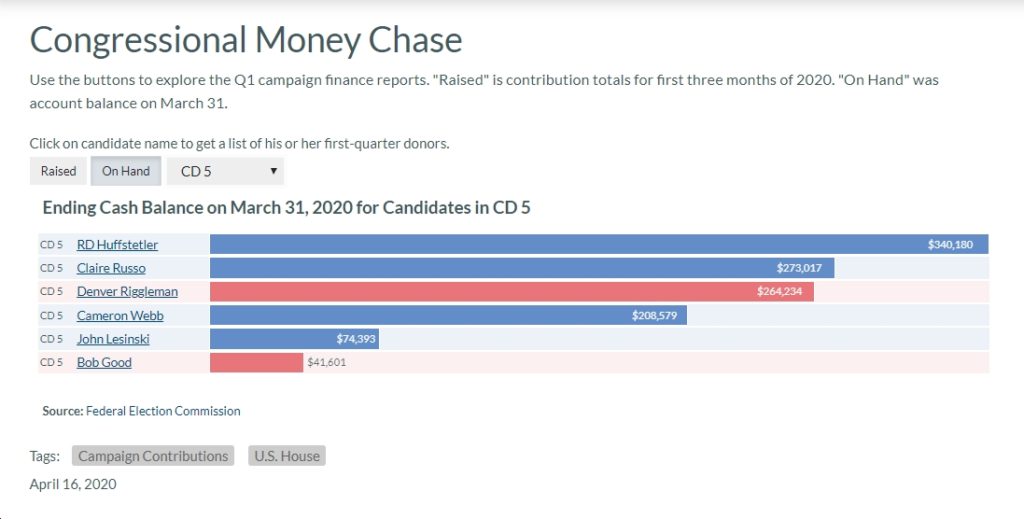 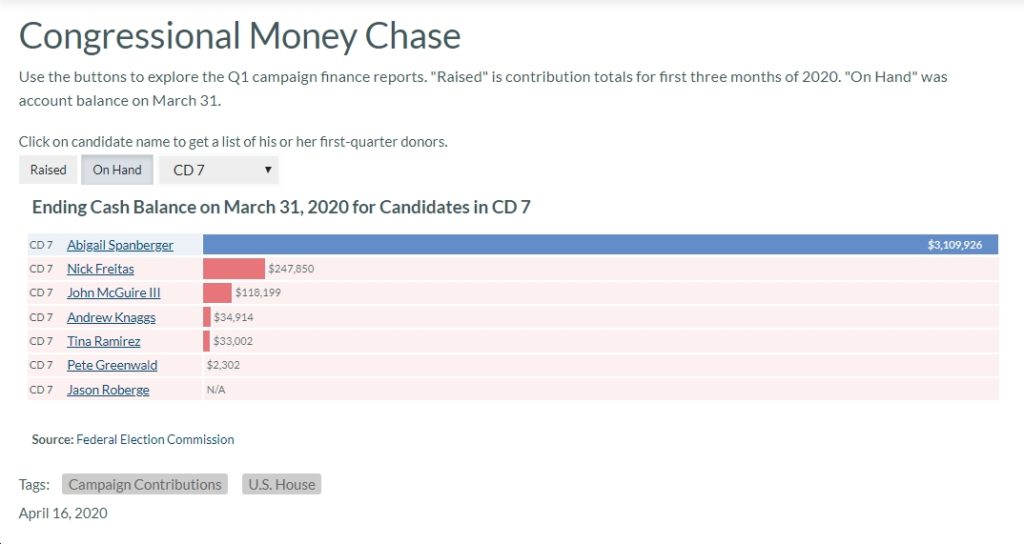 Rep. Elaine Luria (D-VA02) Commits to Uphold Democracy and the Rule of Law; Will Seek Re-Election in Virginia’s Second District

Friday Night Update from the ER in Arlington, VA: “We are...