See below for a comparison between the latest model run by the University of Washington’s Institute for Health Metrics and Evaluation (“last updated at 11 p.m. Pacific, April 5, 2020″) for Virginia and what it looked like on March 27. Also, I agree with Charlottesville City Council member Lloyd Snook: “I think that they just put in the current data, and then projected from that reality, rather than projecting from data that was already outmoded. I don’t defend the numbers, because I can’t explain them. I’m just throwing them up here.” 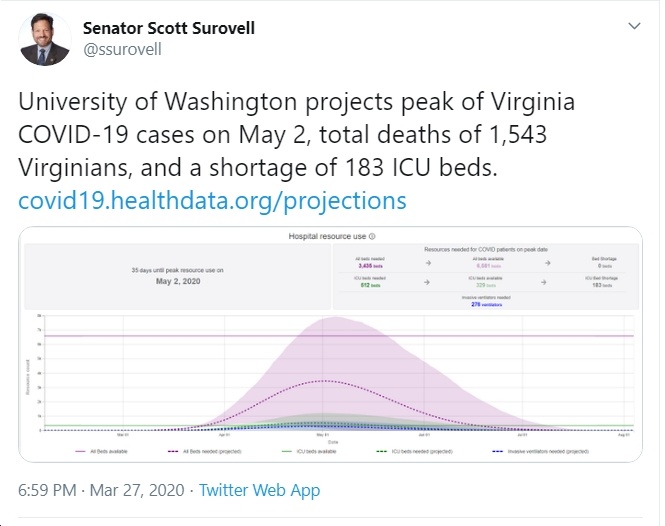 P.S. Note that, according to this article, ‘Virginia’s hospitals have approximately 18,500 licensed beds. About 2,000 of those are [Intensive Care Unit] beds,’ Northam said during his announcement.” I’m not clear why there’s a difference between Northam’s 2,000 ICU bed figure and the “329 beds available” from IHME.