NOTE: The Virginia Department of Health had some technical difficulties today, so just reported the statistics it normally reports in the morning.

See below for graphics of the newly posted COVID-19 numbers by the Virginia Department of Health and the Virginia Hospital & Healthcare Association. So, at this point (4/22), in Virginia we’re at 10,266 total reported – confirmed plus probable – cases (note that actual cases, as well as deaths, could be higher, maybe even a LOT higher, based on stories like this one in the NY Times), 1,659 hospitalizations and 349 deaths from COVID-19. The number of reported cases went up 636 (+7%) in the latest statistics, which is about the same rate of increase than the day before, when reported cases were up 640 (+7%), and also the second-biggest number of day-to-day increases so far. As for hospitalizations, they went up 78 (+5%), from 1,581 to 1,659, which is about the same rate of increase than the previous day (which was up 81, or +5%). Deaths are reported up 25 (from 324 to 349), compared to an increase of 24 (from 300 to 324) the previous day. So…similar stats today as yesterday, really. And yes, it would be great to start to see *negative* percentages for a change one of these days. Hopefully we’ll start to see some improvements in coming days/weeks if we keep up the social distancing and other measures. But if we don’t get the testing, PPE, etc. we need – and, in large part thanks to Trump’s failings, it doesn’t seem like that’s happening – how are we ever going to get to the next phase of the “new normal?” Got me. 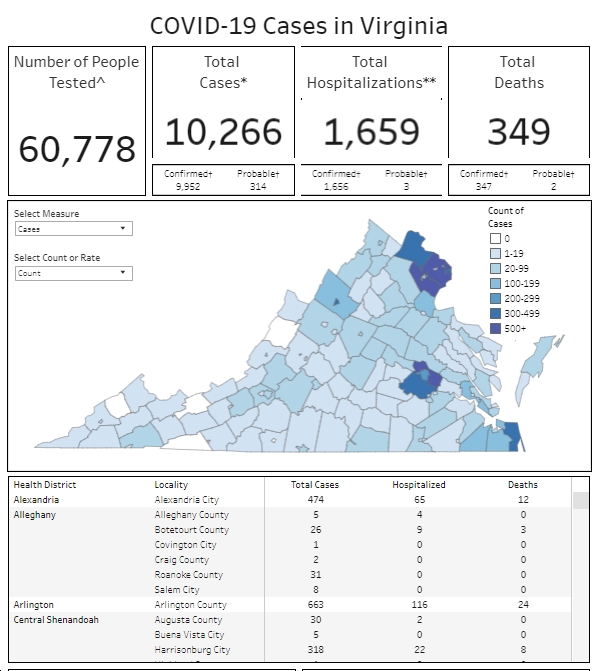 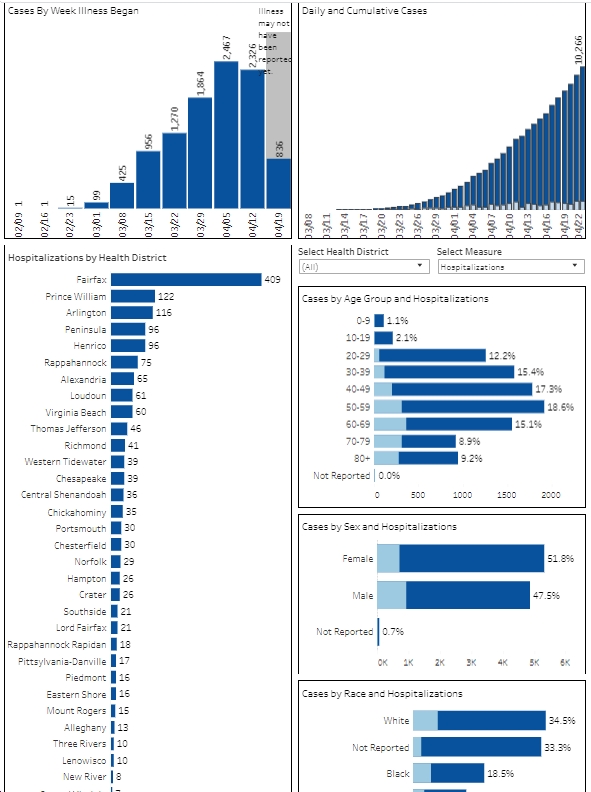 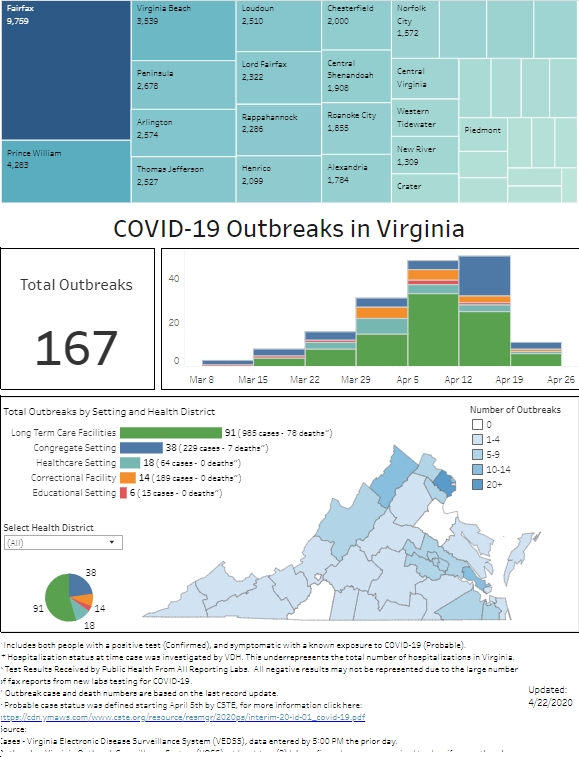 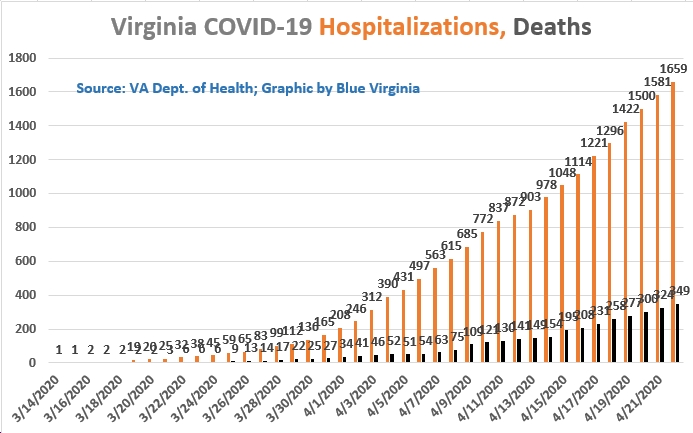 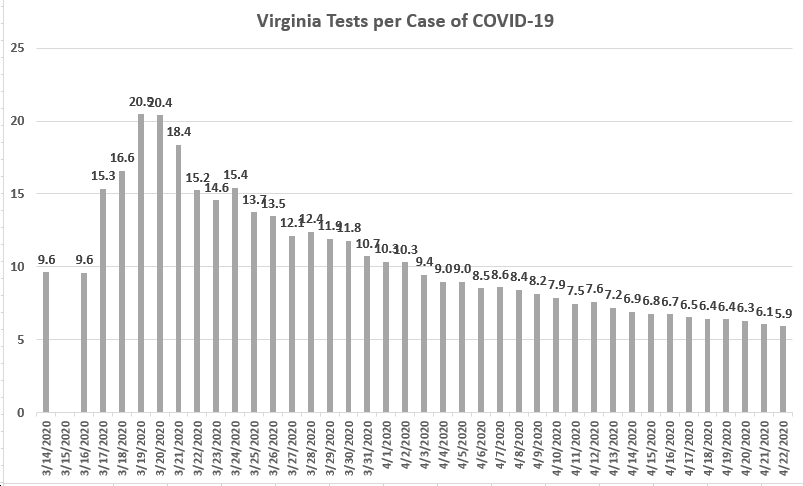