I hadnt seen the iVoterGuide previously, but I happened to see hard-right Republican U.S. Senate candidate Tom Specialie’s Facebook post complaining about it (“Supposedly I am “somewhat conservative” according to iVoters assessment. But, how is that possible – I’m the only one US Senate candidate who is an true supporter of the 2nd Amendment. Curious?”), so…yes, that made me “curious.” Because, clearly, it’s absurd to call Speciale “somewhat conservative,” when he’s actually far-right all the way.

So what is the ivoterguide.com? For starters, it claims to be “Grounded in God.
Rooted in research.” Its founder is a guy named Richard Ford, who says he “has dedicated his whole life to helping Christians be better stewards of their God-ordained authority to vote,” and who has been described as “wak[ing] up every morning hoping to cleanse capitol buildings of liberals, activists, radicals and even moderate Republicans who would condone same-sex marriages, keep abortion legal, have evolution taught in classrooms, vote against school vouchers and generally infect the law with their secular beliefs.” Finally, ivoterguide.com’s “partners” include the Family Research Council, a Southern Poverty Law Center-designated “Hate Group”; and the Virginia Freedom Caucus, which “want[s] to terminate the egregious intrusion of government in our lives, land, and liberty.” The bottom line is that you can’t get much further right than this group, which makes their ratings of Virginia Republican U.S. House and Senate candidates…er, interesting. For instance:

Anyway, if nothing else, it’s both revealing and amusing to see how this far-right group rates the Republican candidates here in Virginia. But don’t be confused; in reality, all of these candidates are conservatives, albeit of slightly varying shades of red… 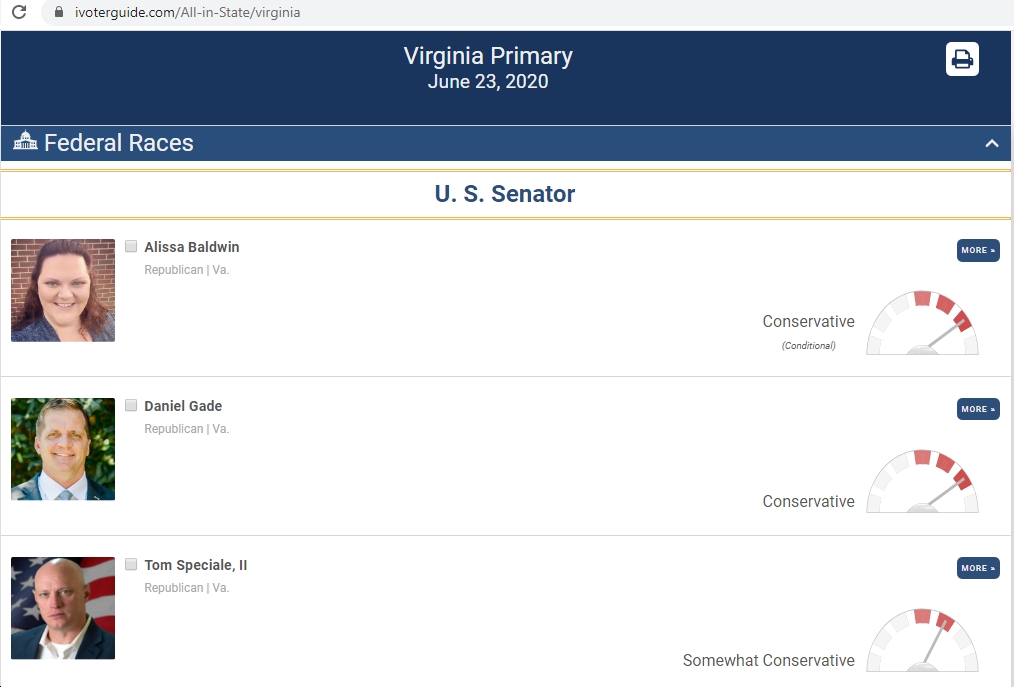 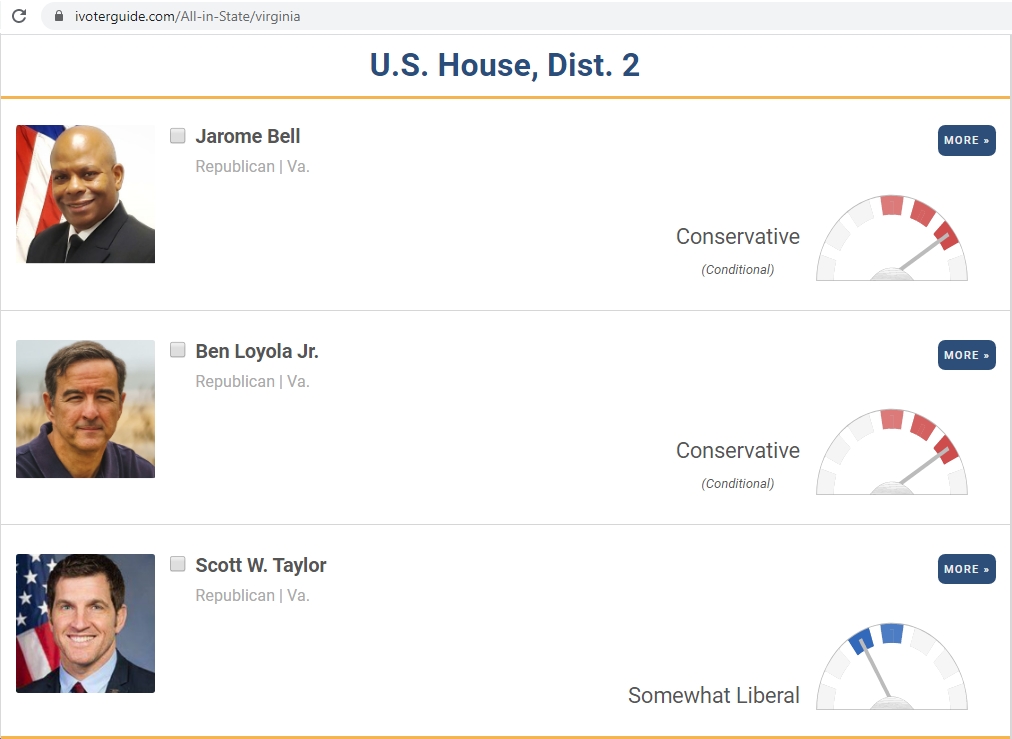 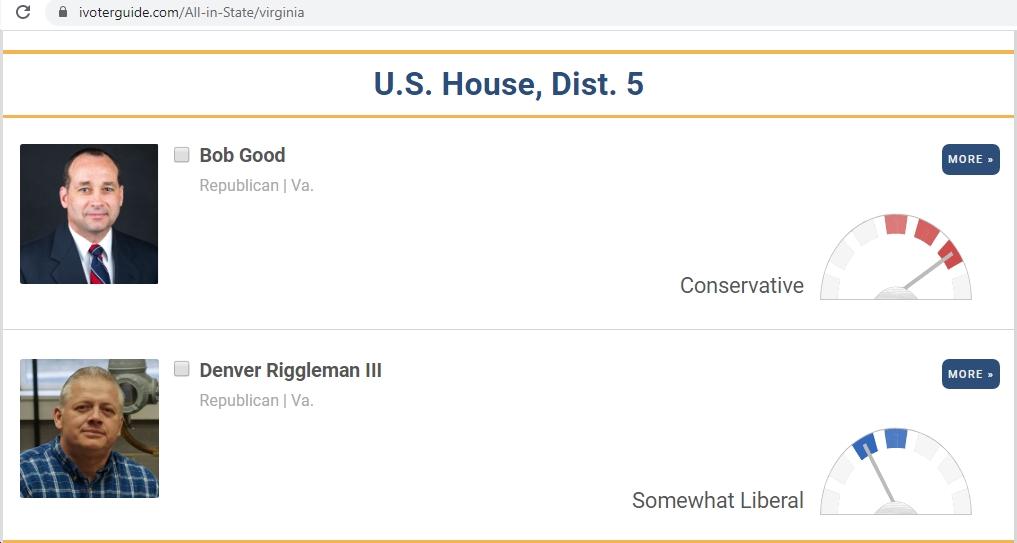 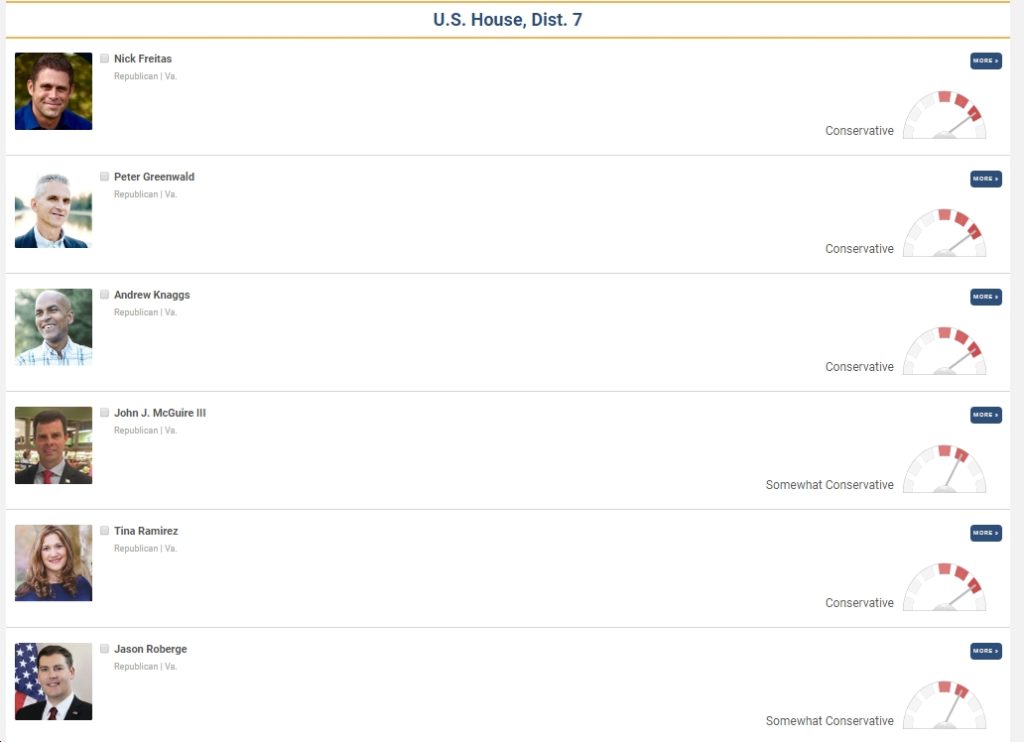 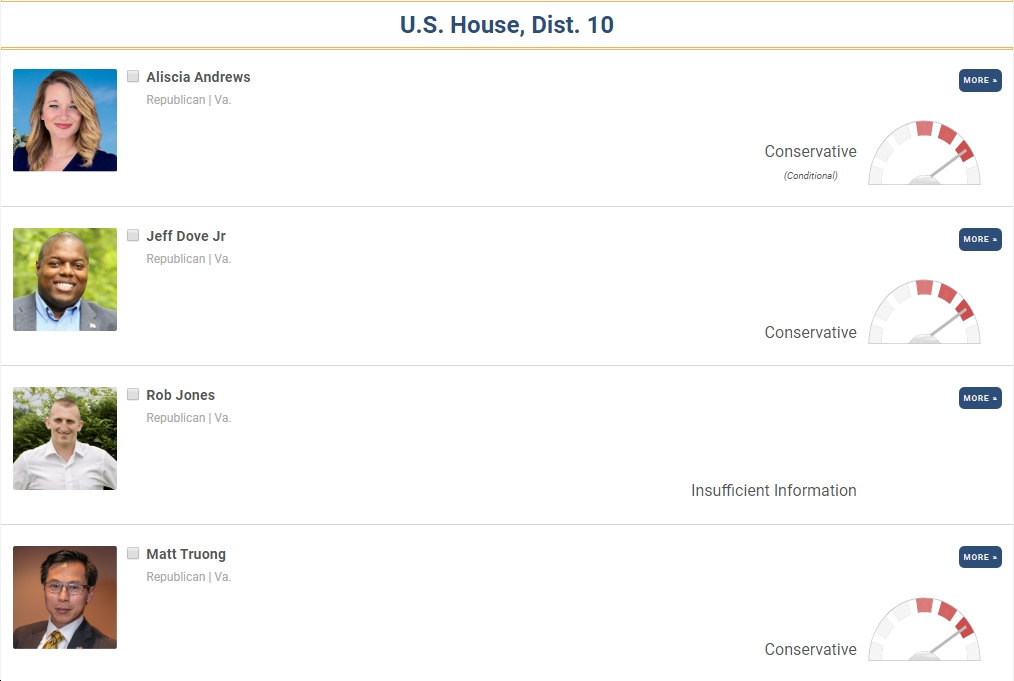