With the climate crisis raging, it’s indisputable that we need to go all-in on clean energy (wind, solar, energy efficienty) and ditch fossil fuels ASAP on environmental grounds alone. But increasingly, in recent years, the economic rationale for a transition to a clean energy economy has become overwhelming – even *without* accounting for the massive, negative environmental and health “externalities” of fossil fuels. The latest evidence?

Of course, if you follow this stuff, these new studies aren’t really surprising, given that all this has been increasingly clear for years now. But for those “fossil fools” who continue to resist the inevitable switch from dirty, destructive, expensive coal and fracked gas to clean, cheap, sustainable energy, the more evidence that piles up that they’re wildly wrong, the better.

With that, check out the highlights, below, from the IRENA report. With regard to Virginia’s energy situation moving forward, I’d specifically emphasize – in addition to the “no brainer” of massive energy efficiency improvements – the plummeting cost and the increasing power/capacity factors of offshore wind.

So basically, if/when Dominion tries to overcharge for building wind turbines off the coast of Hampton Roads, point to studies like this, which clearly show that offshore wind is getting cheap FAST; that offshore wind is “set for a step change, with their global average auction prices set to fall 29% and 59% from 2019 values, respectively“; and that “offshore wind will fall to USD 0.082/kWh in 2023.” On that latter figure, note that the average electric rate price in 2019 in Virginia was $0.12 per KWh, which is…yep, SIGNIFICANTLY MORE EXPENSIVE than the cost of offshore wind is expected to be in 2023. So…why would we not build gigawatts of offshore wind, and why would we not do so in a way that actually *lowers* Virginians’ electricity bills? Ask Tom Farrell and Company! LOL 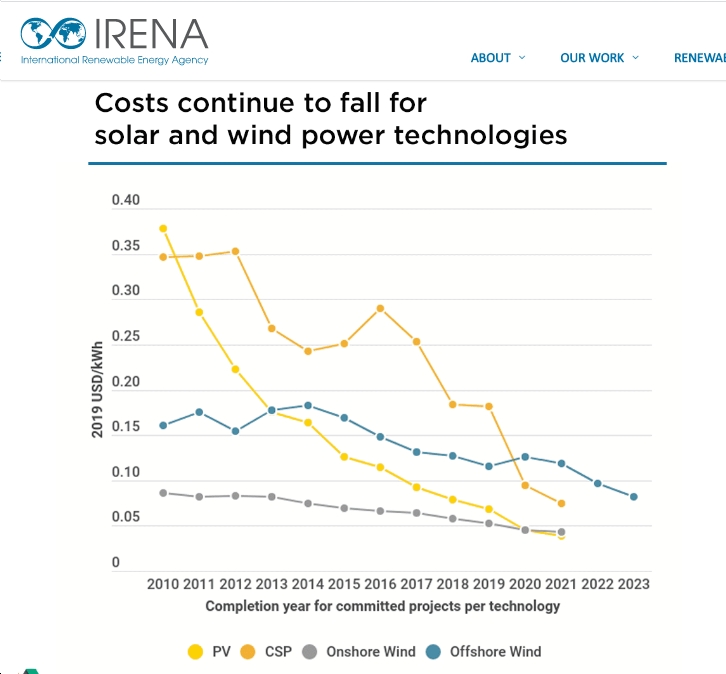 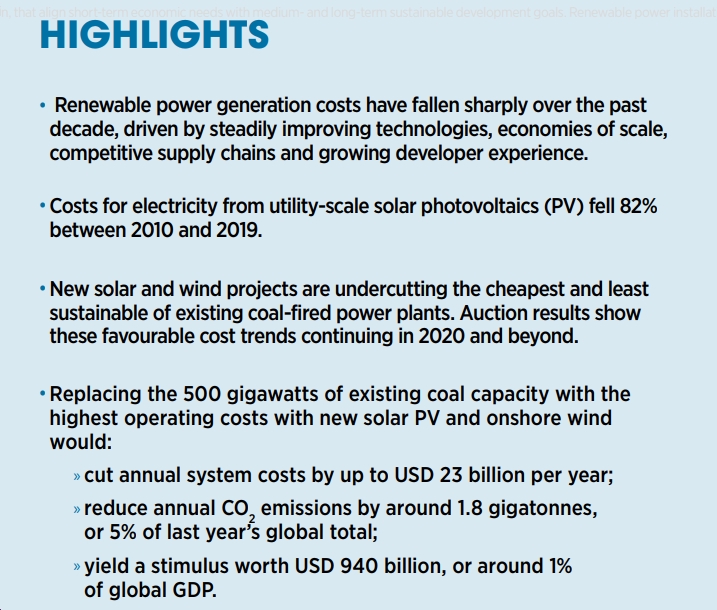 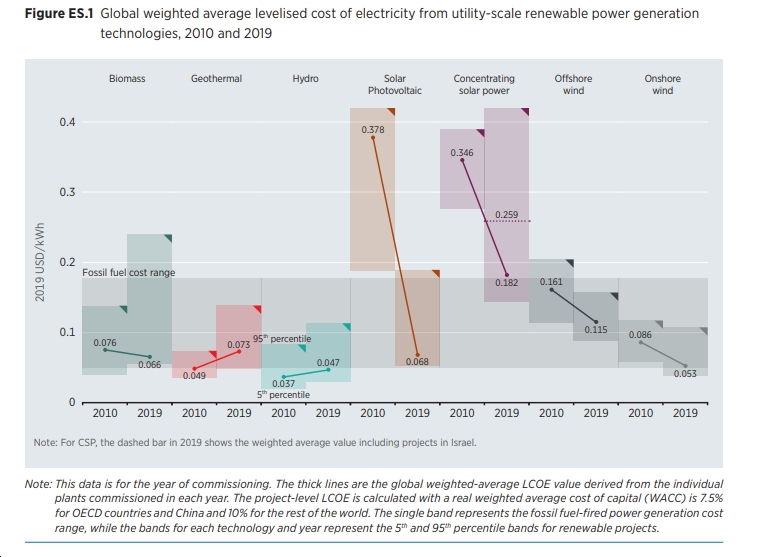 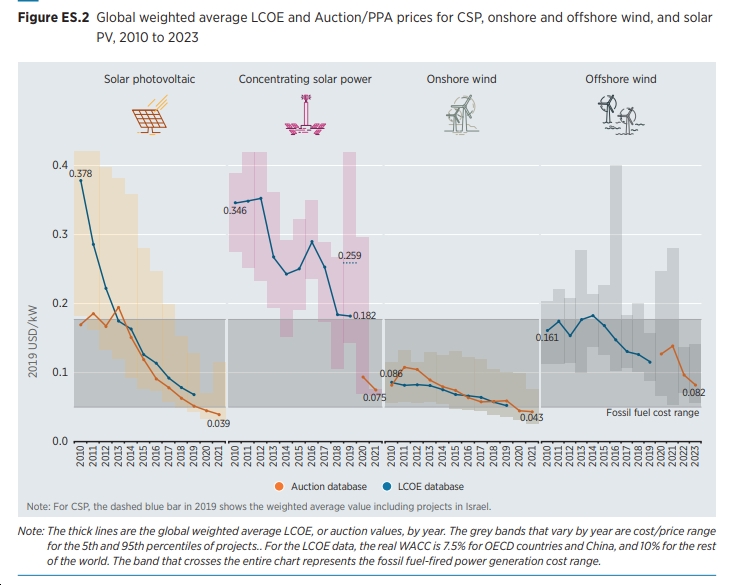 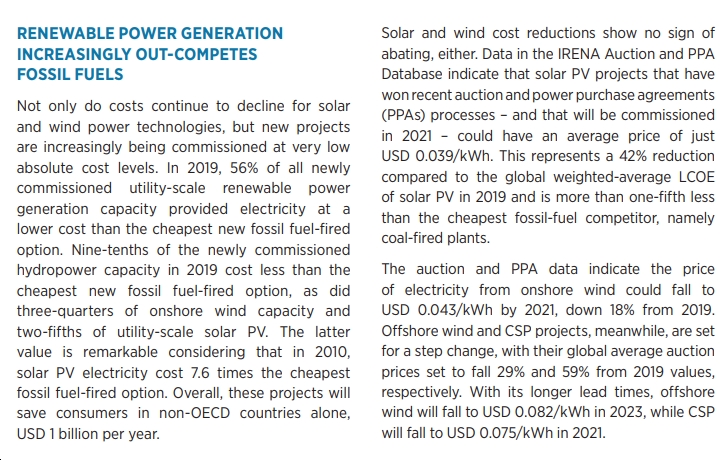 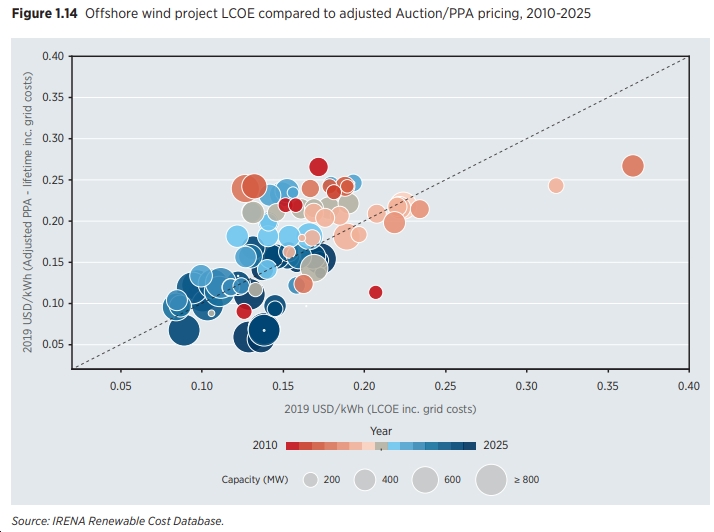 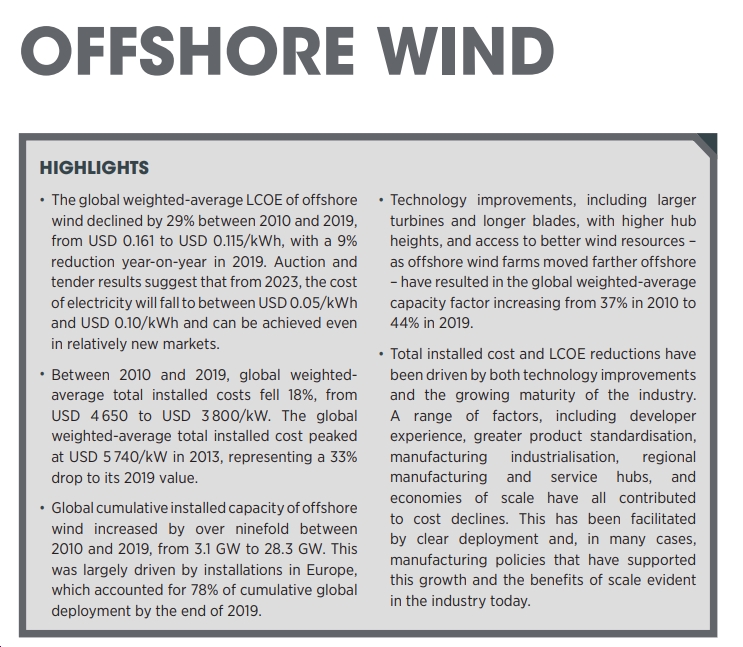 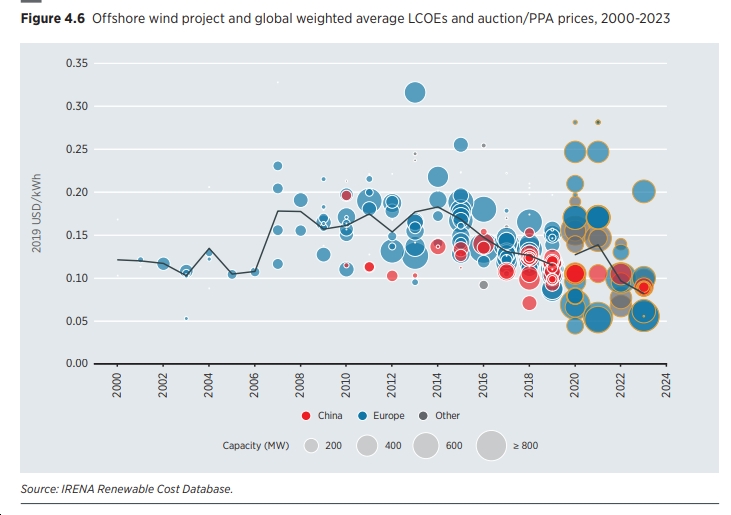