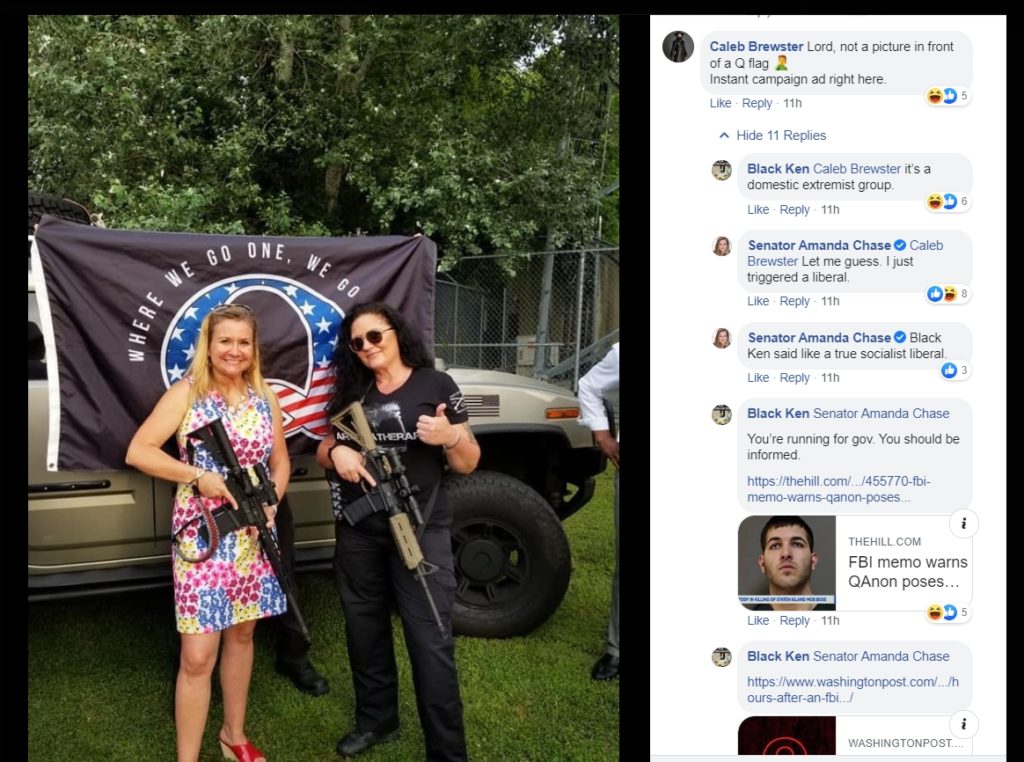 Note that QAnon “is a far-right conspiracy theory detailing a supposed secret plot by an alleged “deep state” against U.S. President Donald Trump and his supporters.”

The theory began with an October 2017 post on the anonymous imageboard 4chan by someone using the name Q, who was presumably an American individual initially,[10] but probably later became a group of people,[11][12] claiming to have access to classified information involving the Trump administration and its opponents in the United States. Q has falsely accused many liberal Hollywood actors, Democratic politicians, and high-ranking officials of being members of an international child sex trafficking ring, and has claimed that Donald Trump feigned collusion with Russians in order to enlist Robert Mueller to join him in exposing the ring and preventing a coup d’état by Barack Obama, Hillary Clinton, and George Soros.[13][14][15] “Q” is a reference to the Q clearance used by the Department of Energy. QAnon believers commonly tag their social media posts with the hashtag #WWG1WGA, signifying the motto “Where We Go One, We Go All”.

Now, it’s possible Chase didn’t know about QAnon when she posed for this photo yesterday, but when informed about in on her Facebook page, she replied with the complete non-sequiturs, “Let me guess. I just triggered a liberal.” and “said like a true socialist liberal.”

For more on Amanda Chase, who remains the only announced Virginia Republican candidate for governor, see: