“I’m sick and tired of ALL of the identity politics and yet the Virginia Governor’s race in 2021 is shaping up to be ALL about who will be the best female for Governor. If you thought Ralph Northam was bad wait to you see the McClellan agenda. She serves as the vice-chair of the Virginia Legislative Black Caucus. One thing you can be sure of- she is NOT for ALL Virginians.”

She has now deleted the tweet, but…yep, screenshots last forever.  And no wonder why she deleted it, as even *she* has got to realize that that’s some nasty stuff – even for the person who recently ranted about “destroying WHITE history”; who said “It’s those who are naive and unprepared that end up raped” and also opined that “The ERA Amendment is nothing more than a ploy by the left to eliminate gender altogether.”  So sure, Chase has been racist previously, but usually it’s more dog-whistle-y than her latest. Glad to see Del. Lamont Bagby – chairman of the Virginia Legislative Black Caucus – call out Chase, writing:

“Our presence still makes people uncomfortable. Can’t believe after all that we have been experiencing we are still requested to justify our existence.”

Very well said by Del. Bagby; I couldn’t agree more with him.

By the way, Chase would be just a fringe figure, not even worth covering other than for cheap laughs, except for a few things: 1) she’s a Virginia State Senator (next time she’s up for election: 2023); 2) she’s running for Virginia governor, and actually – as the recent VA05 GOP convention results demonstrate – has a good, maybe even excellent, chance of becoming the 2021 Virginia GOP nominee for governor; 3) Chase’s constant stream of racism, etc. isn’t occurring in a vacuum, but at a time when the Republican Party is led by Donald Trump, the guy who’s been a lifelong racist, who smeared President Obama with “birtherism,” who attacks Mexicans as “rapists,” who said there were “very fine people on BOTH sides” in Charlottesville, etc, etc. Which is why we have to take this stuff very seriously and not just laugh it off as the ravings of an unhinged person. 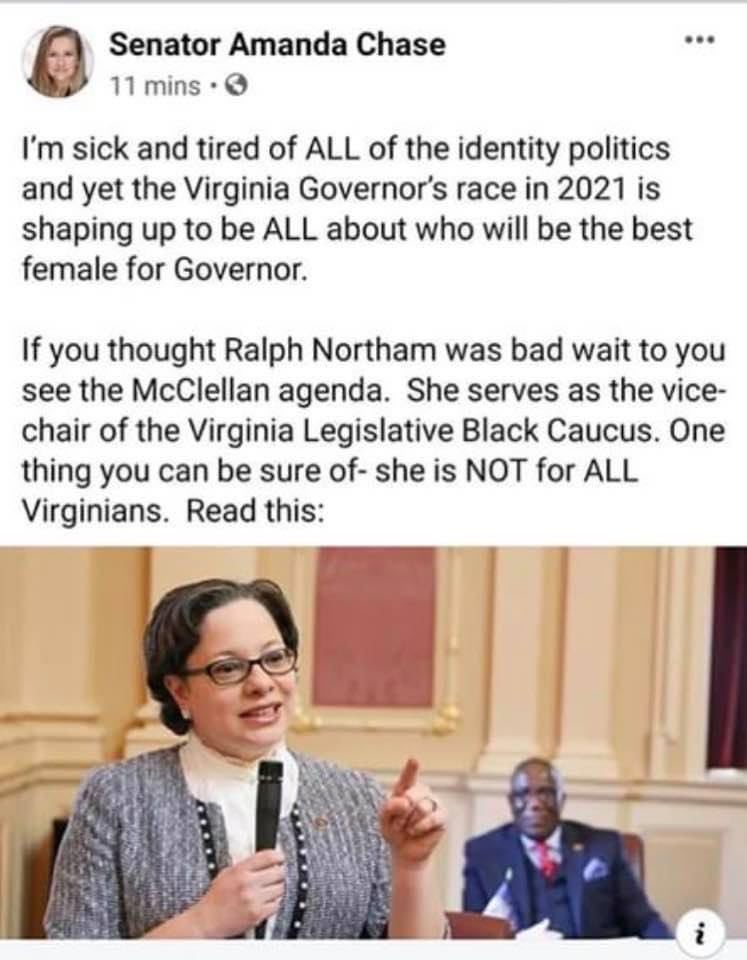 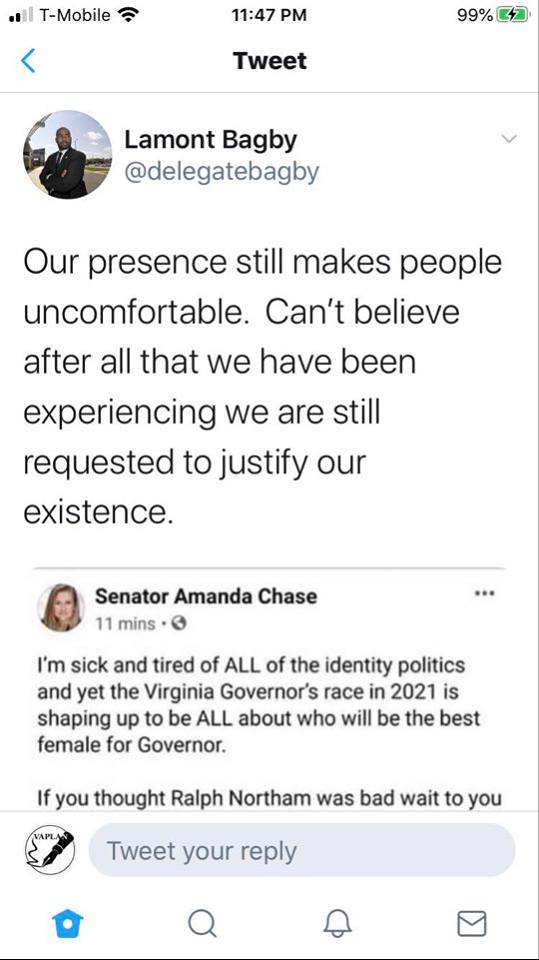