The line, “sometimes a cigar is just a cigar,” of course is a reference to things that *could be* just what they are – a cigar, for instance – but they also could symbolize something else – in the cigar case, usually some sort of phallic symbol. So how about a Hawaiian shirt? You’d think that a Hawaiian shirt would just be a Hawaiian shirt – utterly harmless, except perhaps on one’s sense of fashion, LOL. Unless, that is…dum dum dum… it’s *more* than just a Hawaiian shirt. What, you ask? Here are a few articles in recent days that indicate what a normally innocuous  Hawaiian shirt *could* be.

Get the idea? So…if you see a right-wing politicians these days suddenly pop up on a right-wing talk show, wearing a Hawaiian shirt – when there’s no indication that such shirts are that person’s normal style – what would you think? For instance, check this out, as the hosts of “Free the People” (“Founded in 2016 by Matt Kibbe and Terry Kibbe, Free the People specializes in video production, creative storytelling, and social media engagement. We are building a community of people who believe in the values of freedom, entrepreneurship, individual responsibility, choice, and peaceful cooperation.”) tease hard-right Virginia Del. Nick Freitas (R) about his…yep, Hawaiian shirt.

And yes, of course, it could simply be that Freitas was in a Hawaiian shirt kinda mood on a warm spring day. But for a guy who usually wears blue, white or flannel button-down shirts (check out his Facebook images feed), a Hawaiian shirt is…let’s just say, a change of pace. So, anyway, in this case, what do you think? Is Freitas’ Hawaiian shirt just a Hawaiian shirt? Or could it be something else? Note that the VA07 GOP convention is scheduled for July 18, just six weeks or so from now, when it will most certainly be Hawaiian shirt weather – haha.

P.S. Obviously, let’s make sure we reelect Rep. Abigail Spanberger (D-VA07) and that Nick Freitas – with or without Hawaiian shirt – does not end up in the U.S. House of Representatives starting in January 2021. 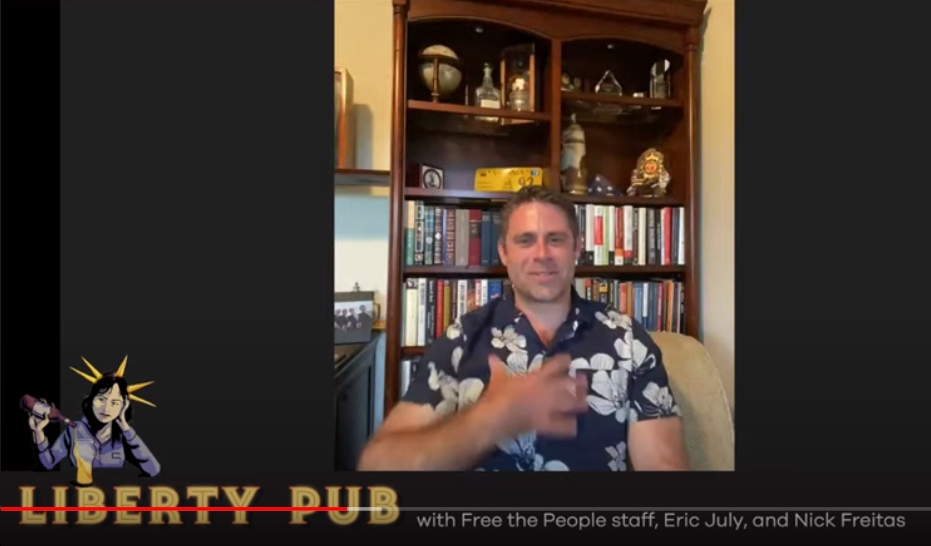