New unemployment numbers are out this morning from the U.S. Department of Labor, and they’re not great, either for the country as a whole or for Virginia. In short, we’re talking about:

As Washington Post economics correspondent Heather Long puts it, “This is a big warning sign layoffs are growing again. Over 1 million unemployment applications have been filed for 18 straight weeks.” And keep in mind that, thanks to Trump and Senate Republicans, “Congress” (in air quotes because it is *not* Congress as a whole, only the Republicans) has failed to extend crucial, extra aid for those unemployed due to COVID-19. So yes, it’s very fair to say that the pain and suffering that’s going to ensue will be the responsibility of Trump, McConnell, etc…despite the corporate media working overtime to “both sides” this situation. 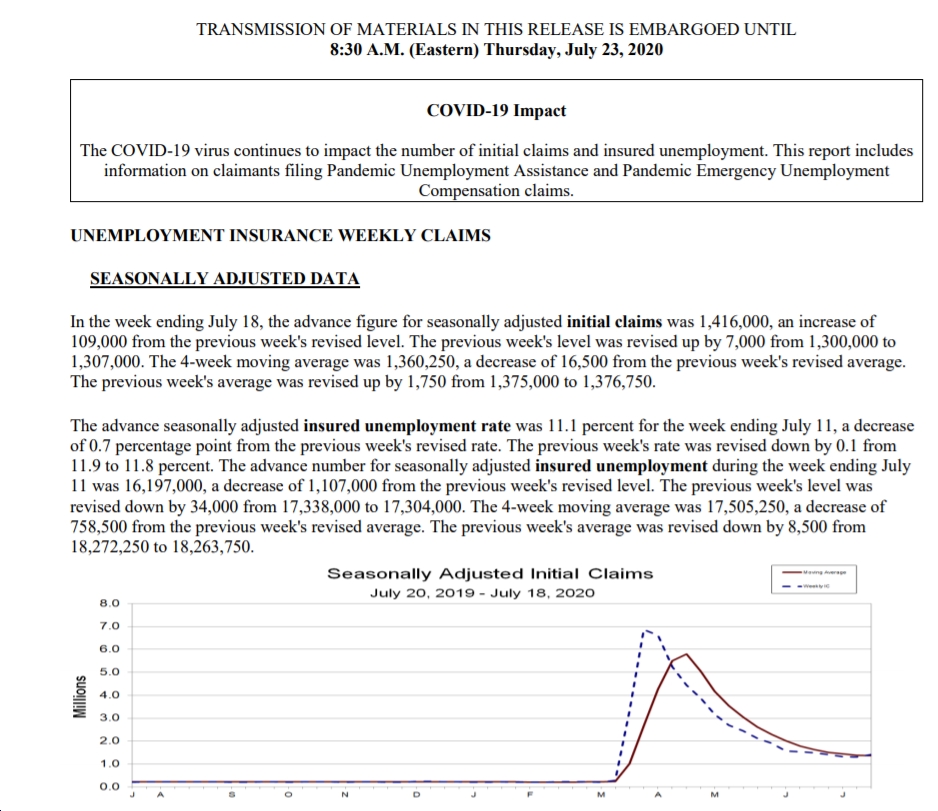 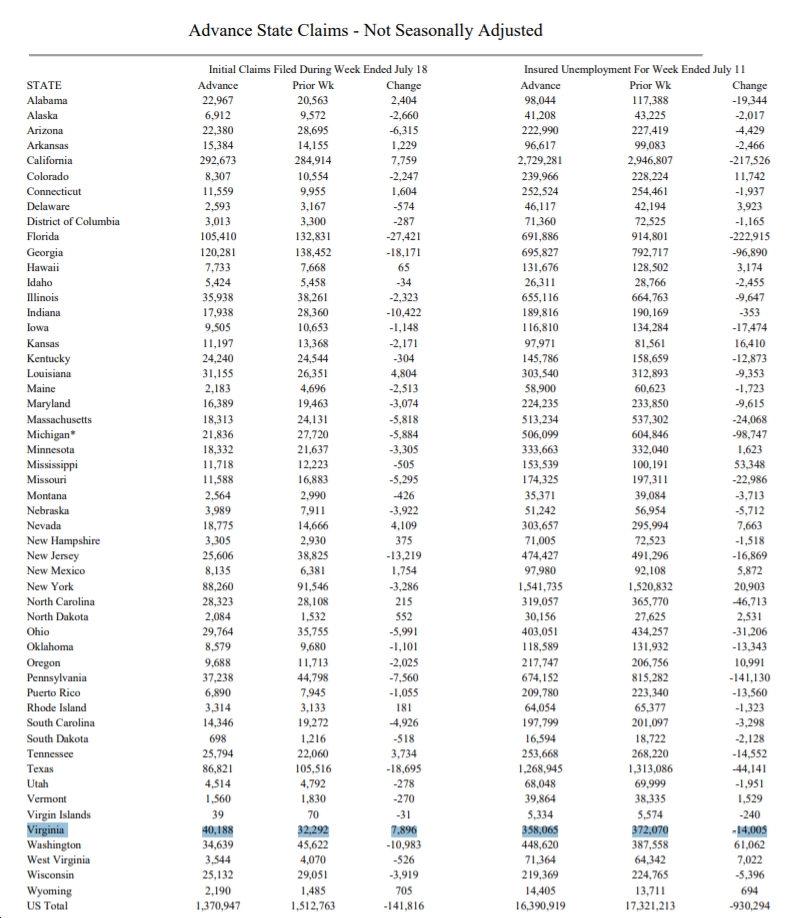