See below for video (source: NBC12) and highlights from the press conference, held a few minutes ago, at which Richmond Mayor Levar Stoney and Richmond Police Chief Gerald Smith spoke about the violence that took place last night. I only caught the last 6 minutes or so of the press conference, so here are some tweets by journalist Brandon Jarvis. who has been doing superb work covering events in Richmond in recent months – including last night.  In short: 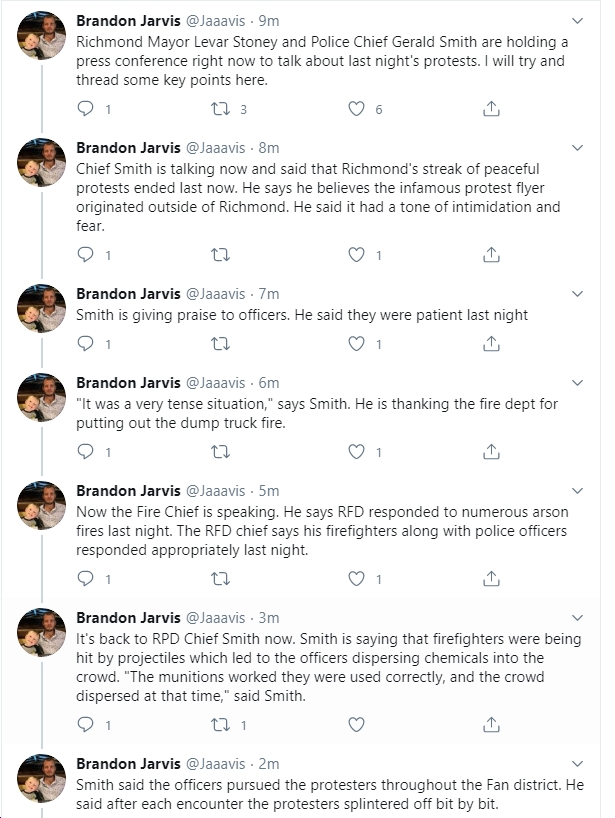 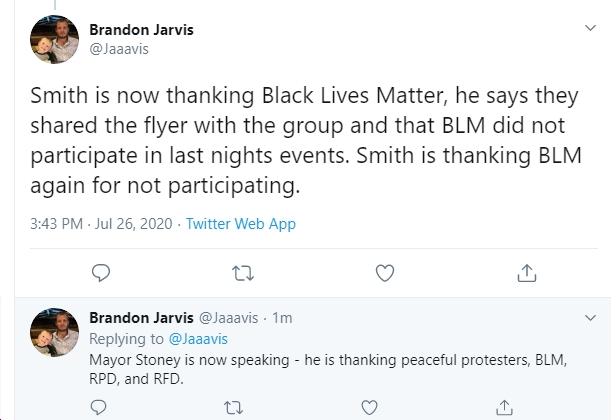 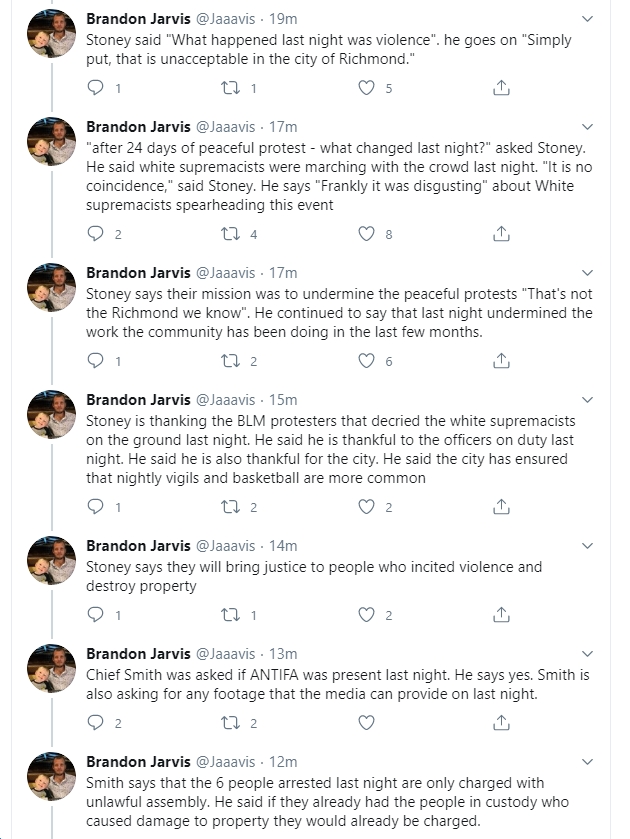 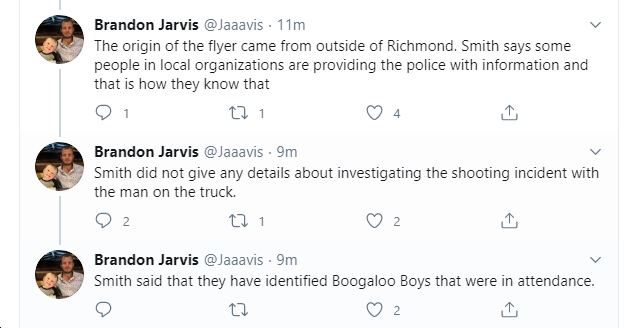 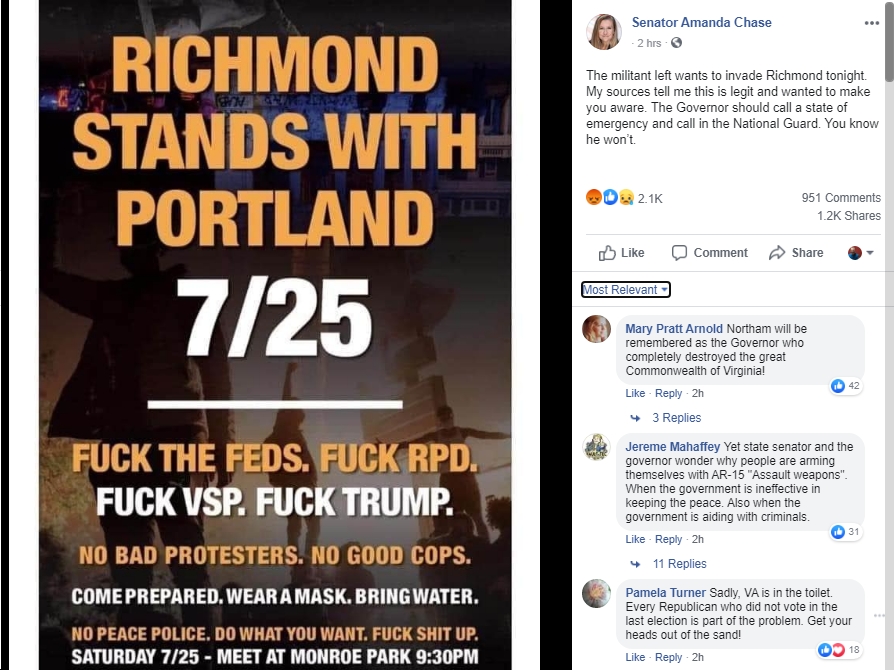