See below for Virginia highlights from the Center for Public Integrity, a “nonprofit newsroom based in Washington, D.C.,” regarding a “document prepared for the White House Coronavirus Task Force but not publicized,” which says that “18 states are in the ‘red zone’ for COVID-19 cases, meaning they had more than 100 new cases per 100,000 population last week.” Fortunately, Virginia is *not* in the “red zone,” but we are – as you can see in the following screen shots – in the “yellow zone for cases, indicating between 10 to 100 new cases per 100,000 population last week, and the yellow zone for test positivity, indicating a rate between 5% to 10%. The test positivity rate is almost in the red zone.” Also note: 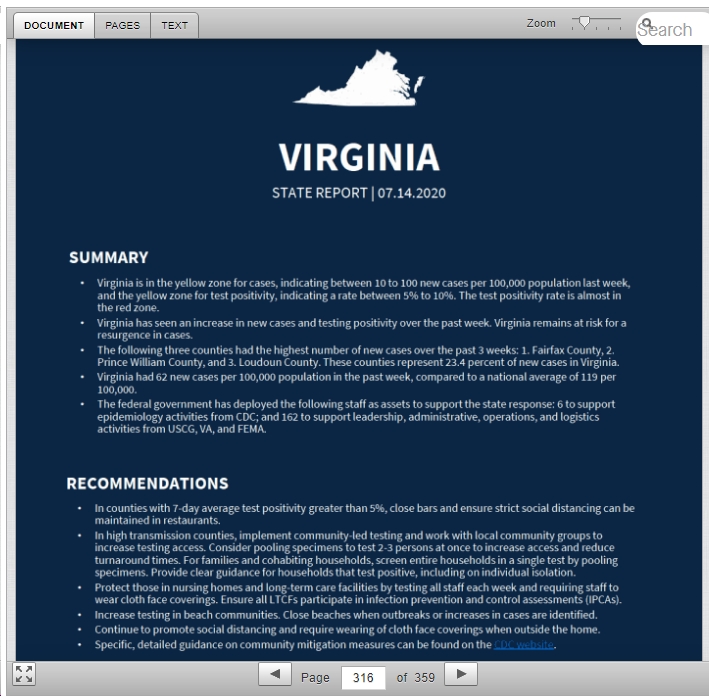 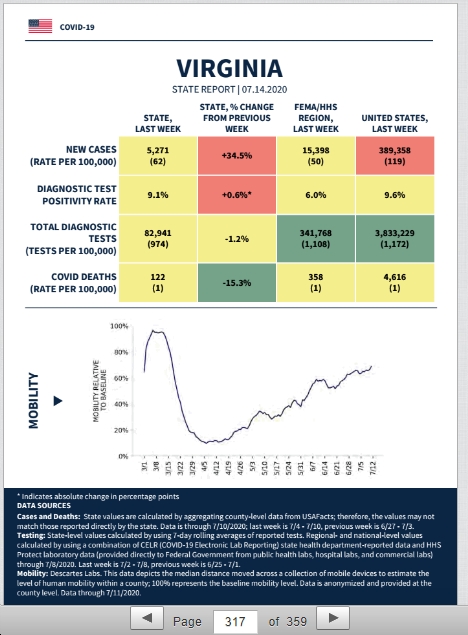 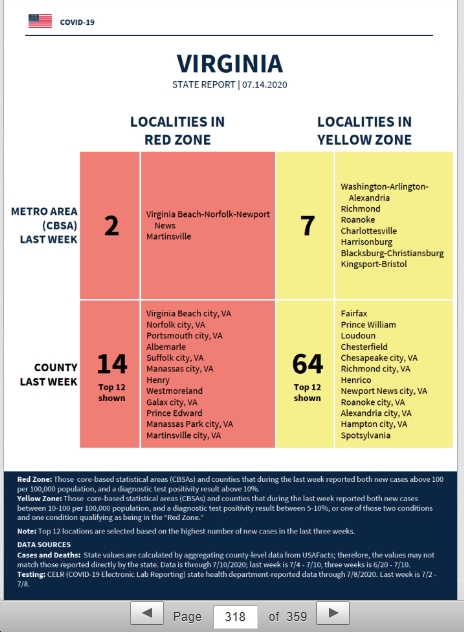 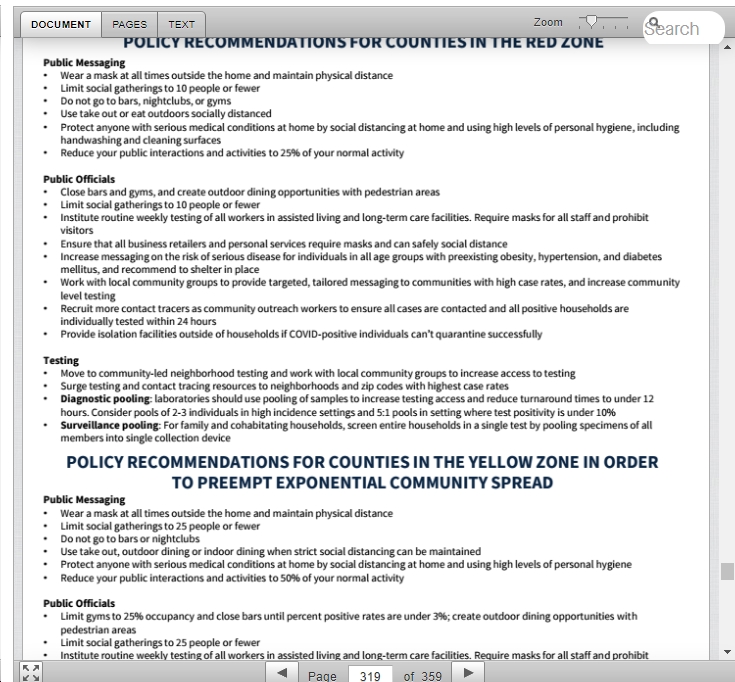 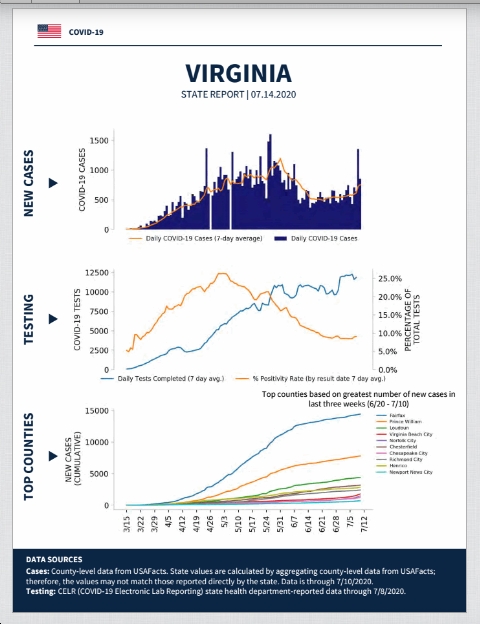 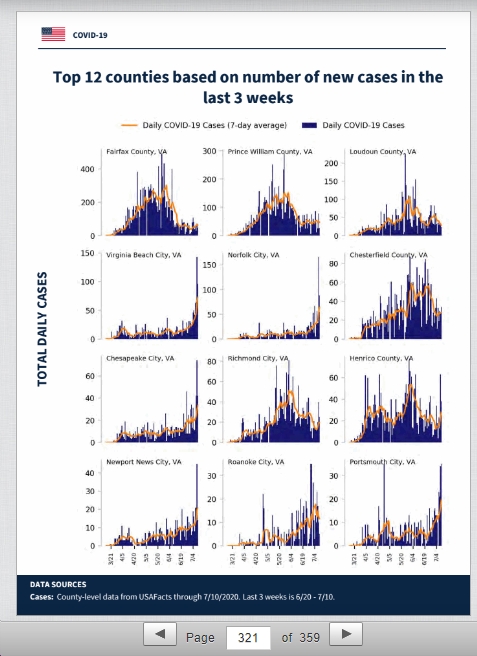 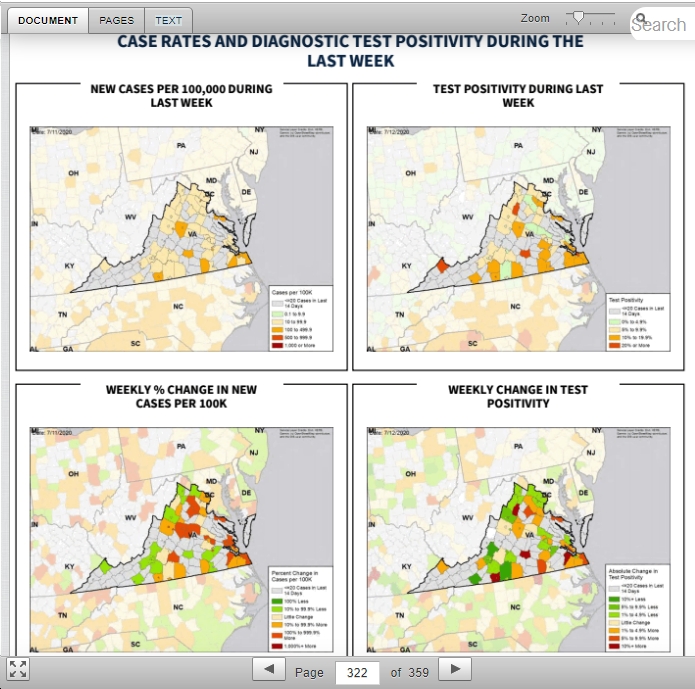 Petitioning During COVID: A Campaign Nightmare