This morning, FiveThirtyEight.com went up with its 2020 election forecast, and overall it’s got Joe Biden with a 71% chance of winning the election. Of course, there’s still plenty of time to go, and there are reasons why things could change, but as FiveThirtyEight.com founder Nate Silver writes:

“…in general, polls have become less volatile over time, probably because increased polarization means there are fewer swing voters than there once were. The polls have been particularly stable so far this year, in fact.”

I’d point out that on this same date four years ago, the FiveThirtyEight.com model had Hillary Clinton with an 87.5% chance of winning the election, with a predicted 49.0%-41.3% popular vote win and a predicted 359-178 electoral vote margin. Now, FiveThirtyEight.com’s got Biden with a predicted 53%-46% popular vote edge, a 324-214 electoral vote margin, and a 71% chance of winning the election. Which seems like….mmmmmayyyybe too low? Because at this point, unlike in 2016: a) voters really are locked in, with apparently very little movement or sign that there are a lot of persuadable voters; b) Trump’s approval rating has been in the low 40s for a looong time now, and has showed no particular signs of budging; c) Trump’s the incumbent, with a record – and a very, very BAD record, at that! – unlike in 2016; d) by picking Kamala Harris as his running mate, Biden probably ensures that there won’t be a “base motivation” problem this time around, although honestly that shouldn’t have been a problem anyway, given high levels of anti-Trump anger; e) the economy is a mess, and it’s more likely it will get worse than that it will recover by election day; f) there’s no chance the COVID-19 pandemic will be over by election day; g) Biden doesn’t have anywhere near the “negatives” that Hillary Clinton had, for a variety of reasons, including misogyny sad to say; etc. Of course, that’s all assuming a relatively free and fair election, without massive cheating, sabotage of the U.S. Postal Service or whatever, etc. But none of that’s in the FiveThirtyEight.com model, explicitly at least, so…who the heck knows?

Anyway, for the reasons listed above, I’m thinking FiveThirtyEight.com’s forecast is a bit too pessimistic on Biden’s chances, and that most likely Nate Silver et al. are hedging, having been somewhat burned by their model and forecast in 2016. Along these lines, note that The Economist model currently has Joe Biden with a whopping 97% chance of winning the most votes and an 88% chance of winning the electoral college (by a 350-188 margin) and a predicted 54.3%-45.7% election day result. That seems more realistic regarding where we’re at right now, IMHO. 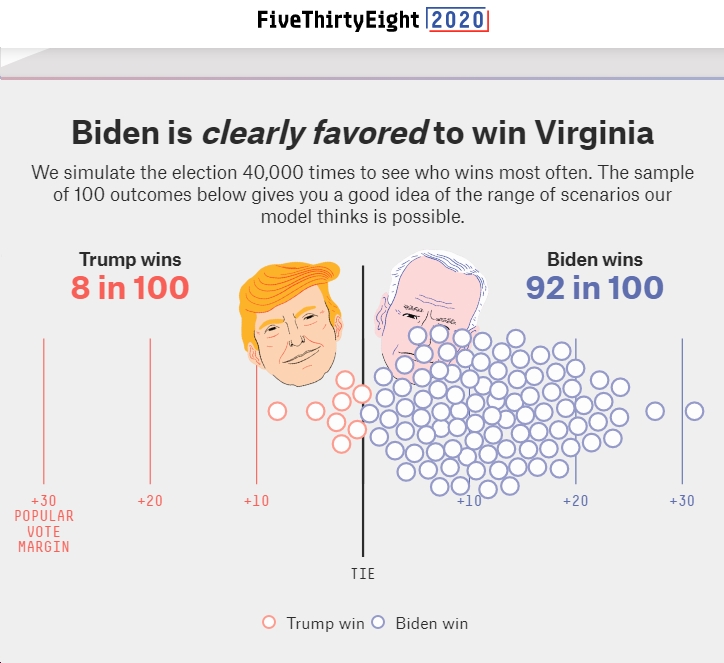 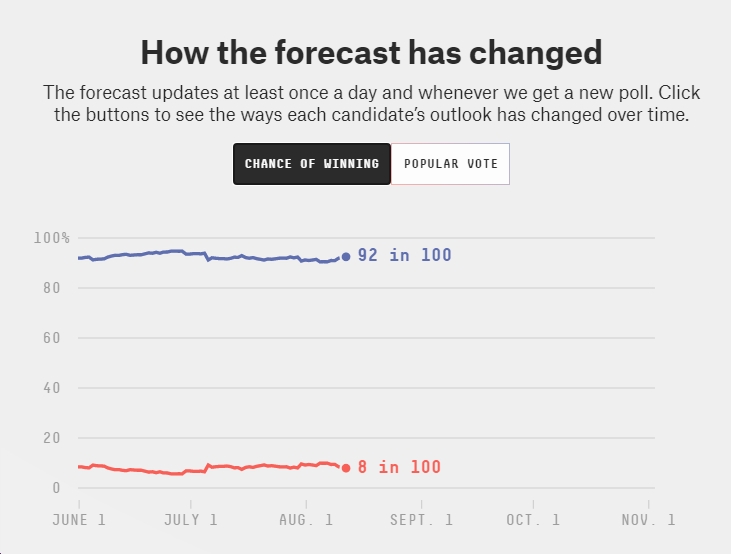 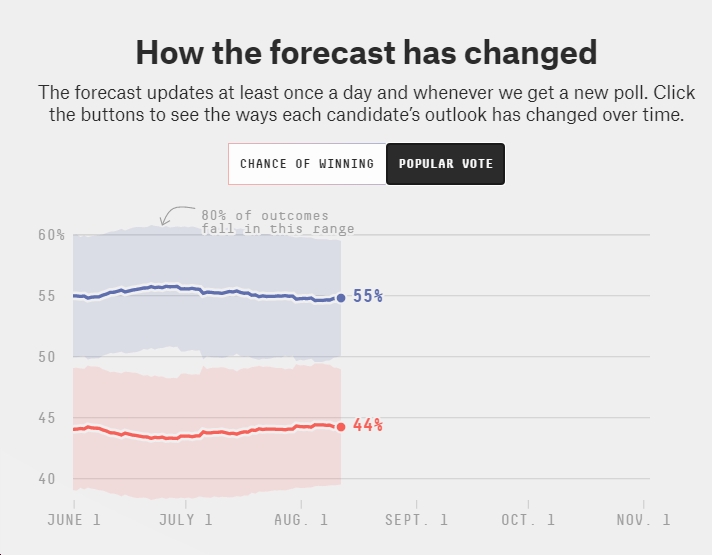 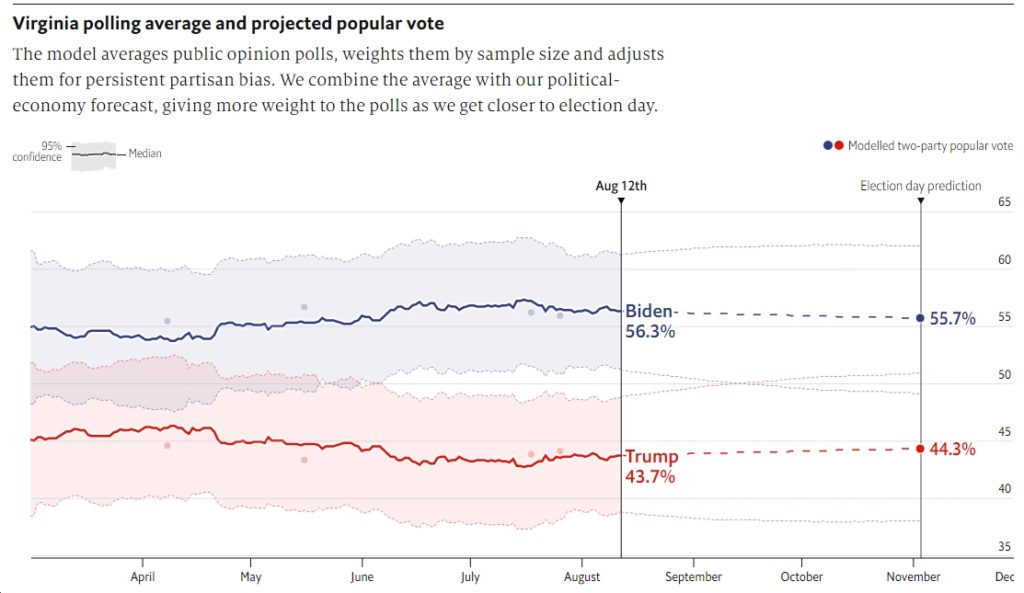 Thomas Zimmer on His Disturbing Encounter with a “Fully Politicized,” Unhinged, Angry, Trump-Supporting “Elderly White Person” on a Beach While “chasing seagulls with my...