See below for some thoughts from former President Barack Obama, former VP Joe Biden, Virginia Democratic elected officials and candidates on the 19th anniversary of the 9/11/01 attacks. Personally, I was at work (at the U.S. Department of Energy) that day, just 3 miles or so from the Pentagon, and just a few blocks from where the terrorists who hijacked Flight 93 were probably intending to go…the U.S. Capitol. Meanwhile, my wife was heading in to work, just a couple blocks from the White House, just as thousands of people were turning around and heading OUT of the city. A terrifying, deeply disturbing day all around, one we’ll never forget, of course.

P.S. By the way, if you ever have a chance to visit “Ground Zero,” I found it to be a very powerful, moving experience back on the 11th anniversary… 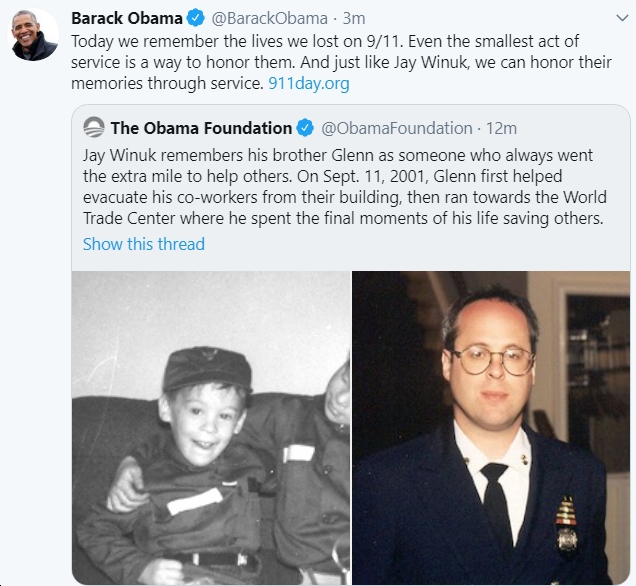 Joe Biden, doing that thing that Joe Biden does, but that we haven’t seen much of during the pandemic pic.twitter.com/J9W0rnN2Bq 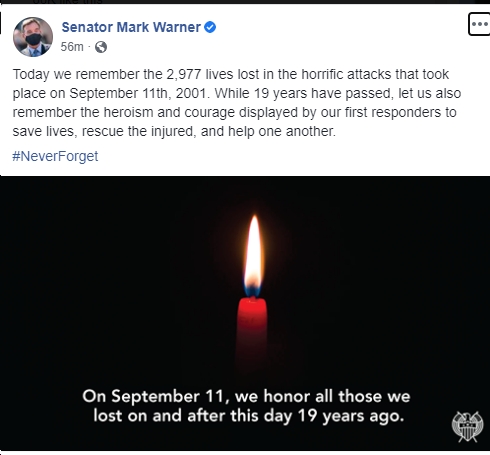 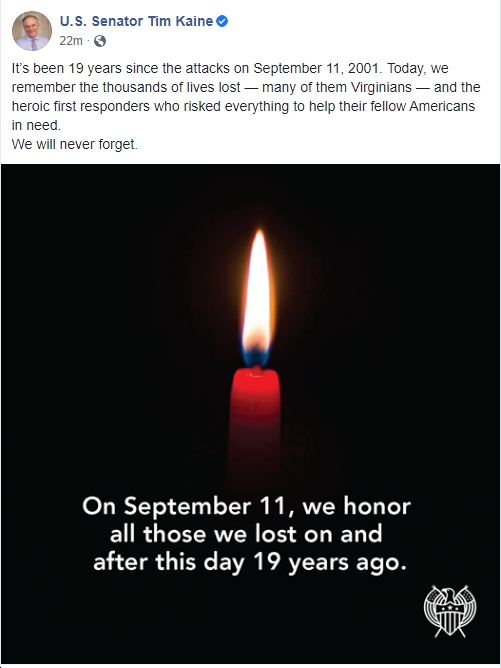 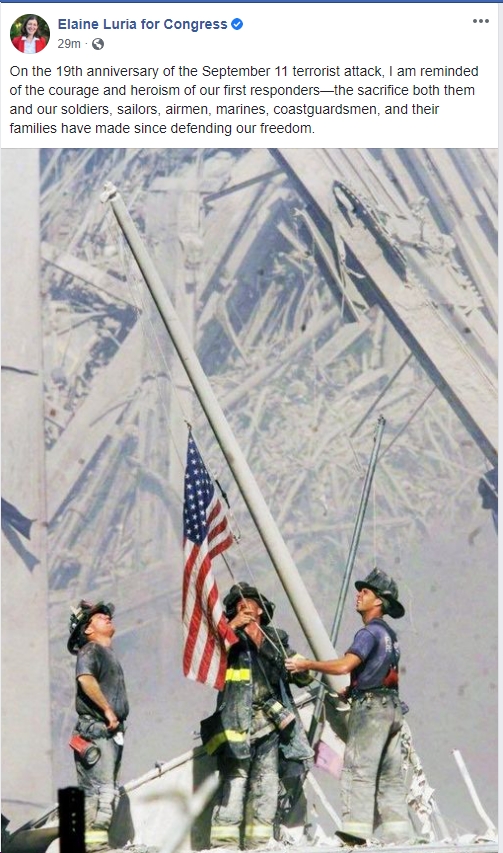 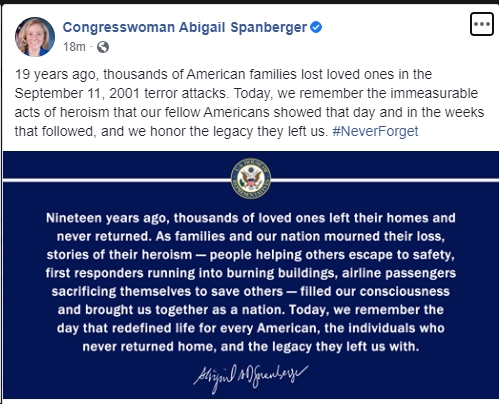 Today marks 19 years since the terror attacks on September 11, 2001. We honor and remember the nearly 3,000 people of all colors and creeds who perished in those attacks. We will never forget. 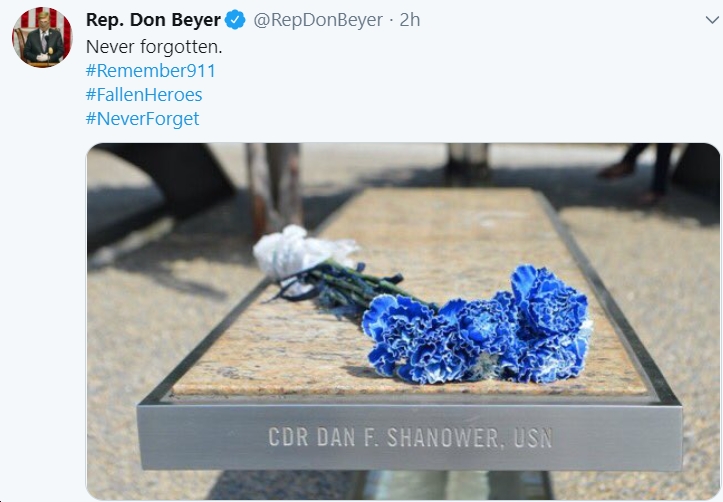 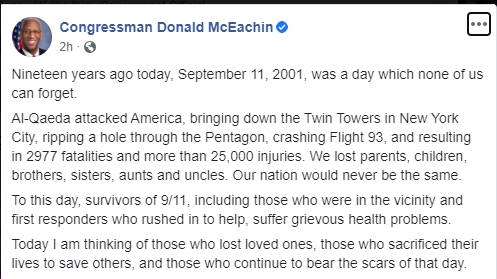 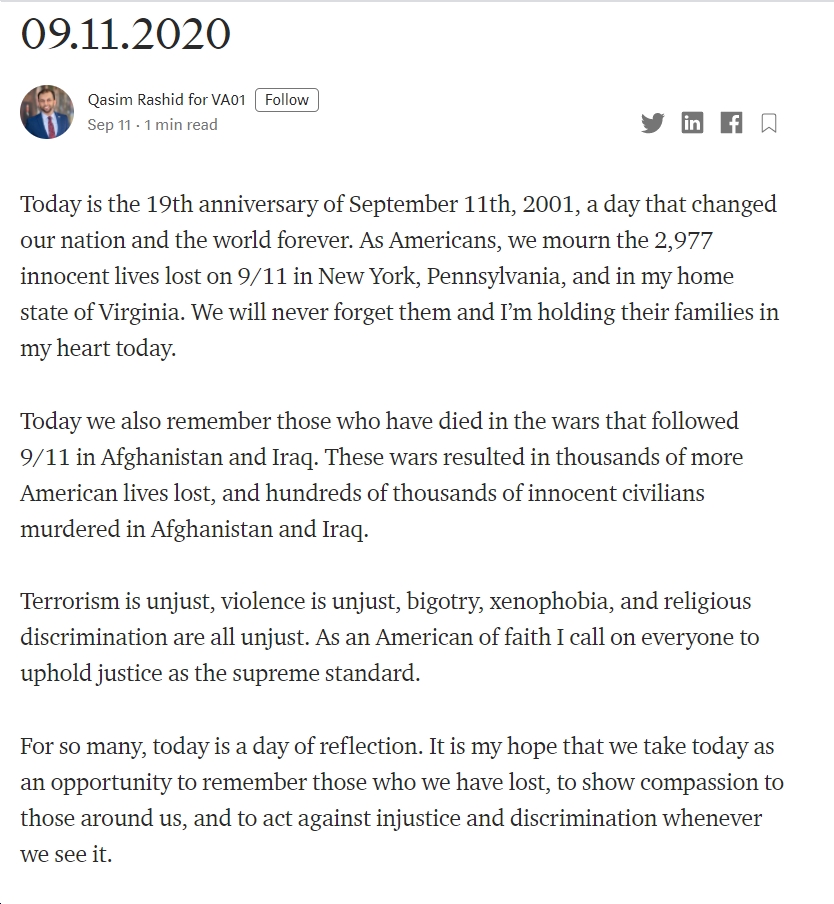 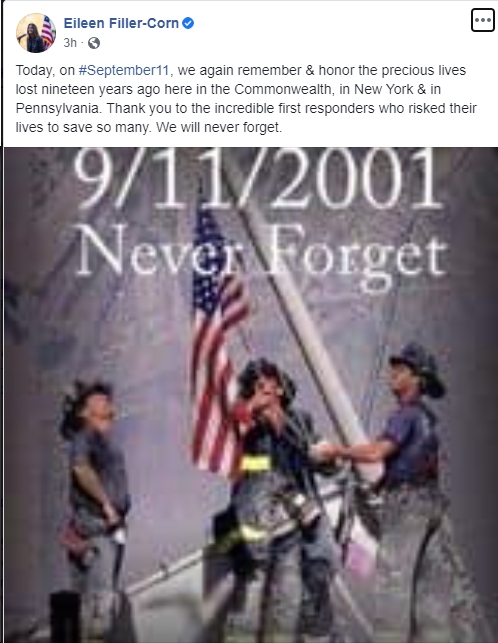 Today, we pause to remember the thousands of lives lost 19 years ago and honor the first responders and passengers of flight 93 who saved countless others. #September11 #NeverForget pic.twitter.com/g3jUfN73ur

We promised to never forget, and I still grieve for every life lost on 9/11. As a Delegate representing Prince William County, I feel deeply for the families of our 23 neighbors who died in the attacks. Our community will always remember their light. pic.twitter.com/a4jAV4AKgi 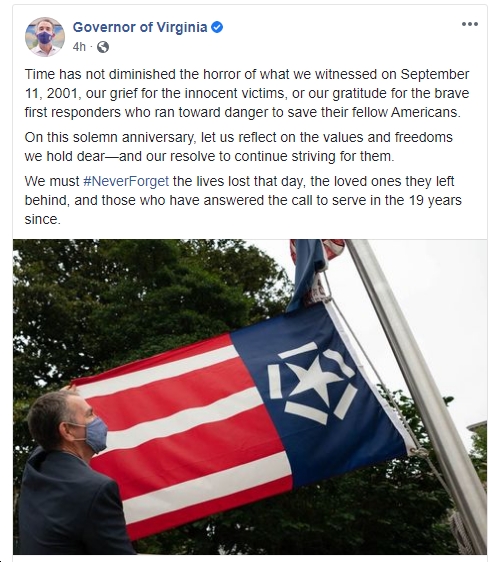 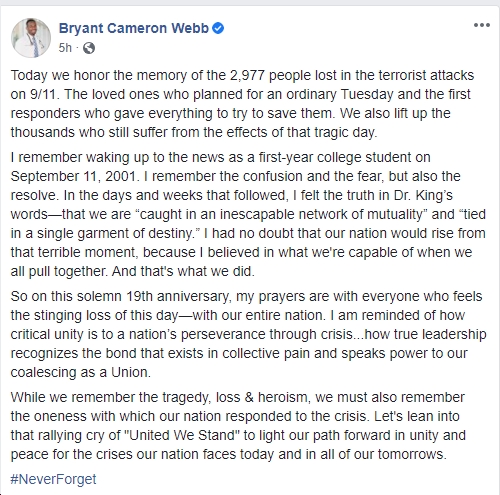