This just in, from Virginia Attorney General Mark Herring’s office:

Last night, Kanye West filed an appeal with the Virginia Supreme Court to overturn Judge Taylor’s ruling from last week and have his name included on Virginia’s ballots for November’s election.

Additionally, West has hired two new lawyers with BakerHostetler, Trevor Stanley and Mark Braden, for his appeal. Both lawyers have extensive ties to the Republican Party and represented the Republican Party of Virginia when they opposed suspending the witness requirement for the June primaries earlier this spring.

West has also filed a motion for expedited consideration, which means that things will be moving quickly with this case so I will make sure to keep you updated. 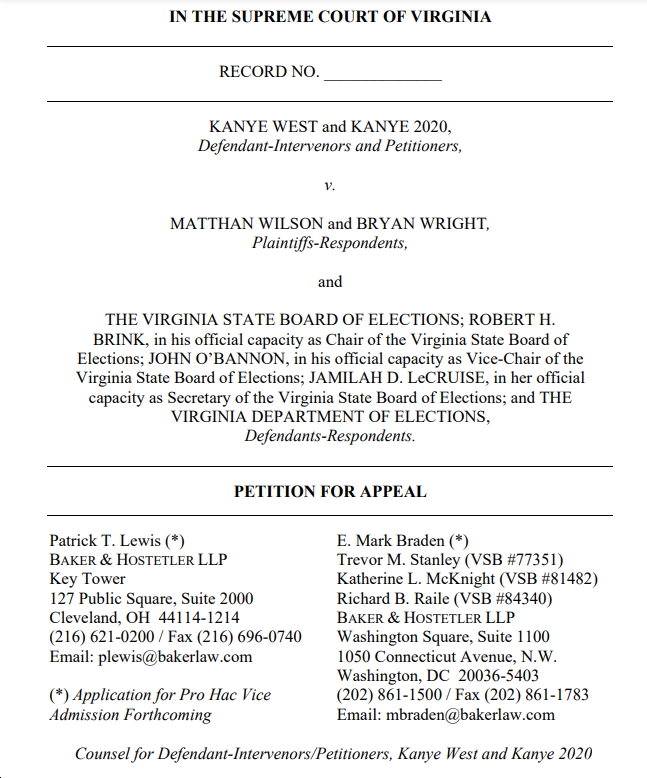 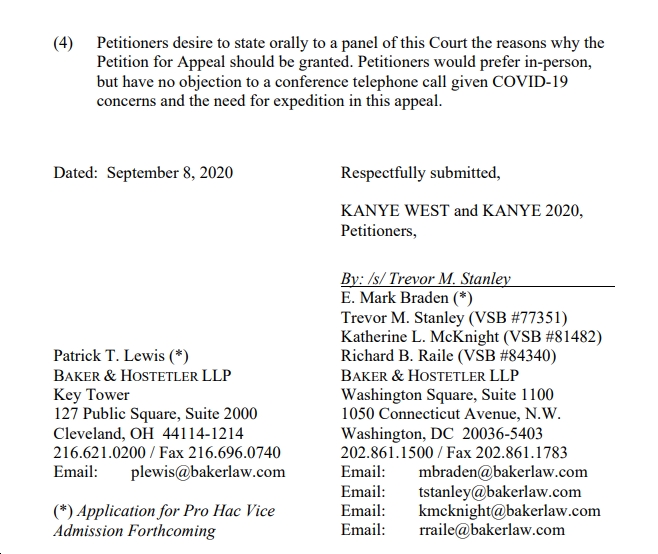