UPDATED 4:10 pm – Samirah’s explanation is not going over well, to put it mildly, with his Democratic colleagues, including the Qualified Immunity bill’s sponsor, Del. Jeff Bourne. Ouch. 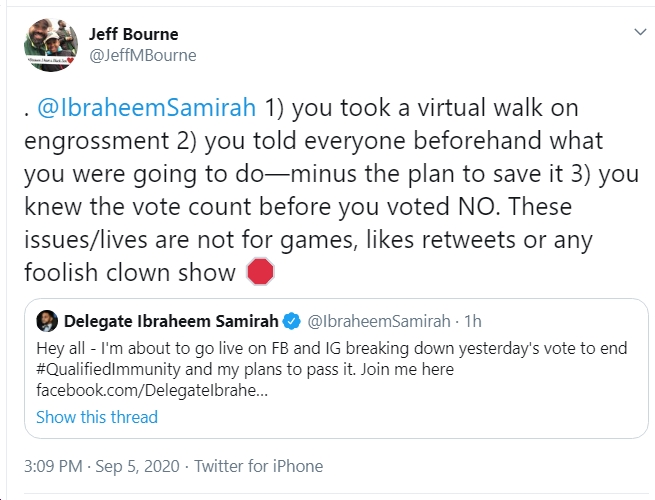 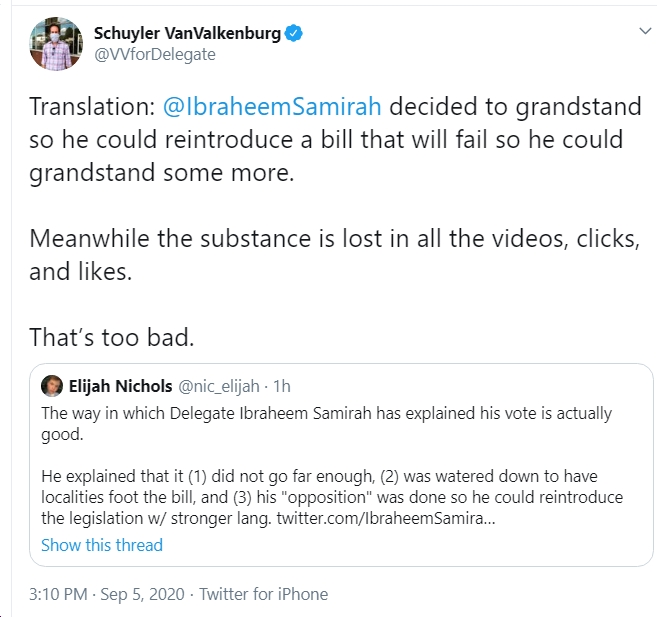 Yesterday, as we posted about here, the Virginia House of Delegates voted 47-48-3 on Del. Jeff Bourne’s qualified immunity bill, killing the bill. All Republicans voted no, of course, while all Democrats voted for it, with the exception of five who voted against (Dels. David Bulova, Ibraheem Samirah, Martha Mugler, Shelly Simonds, Steve Heretick), plus three Ds (Kaye Kory, Cliff Hayes, Kelly Convirs-Fowler) abstaining. By far the most surprising “no” vote was by Del. Ibraheem Samirah, who is one of the most progressive Virginia legislators. Perhaps not surprisingly, Samirah’s “no” vote elicited a lot of confusion and comment, much of it negative (he says he was “torn apart,” called a “liar,” a “fake,” etc.). A few minutes ago, Del. Samirah weighed in, explaining his thinking. The video’s below, but in short: