A few minutes ago, Del. Jeff Bourne’s HB5013 (“Creates a civil action for the deprivation of a person’s rights by a law-enforcement officer and provides that a plaintiff may be awarded compensatory damages, punitive damages, and equitable relief, as well as reasonable attorney fees and costs.”) was defeated in the Virginia House of Delegates on a [LIS has changed this to 47-48-3; apparently, Republican Del. Tommy Wright wasn’t there today] vote. Not surprisingly,  House Republicans voted unanimously against the bill, as they oppose pretty much any/all criminal justice and/or policing reforms. As for the Democrats, they all voted for it, with the exception of five who voted against (Dels. David Bulova, Ibraheem Samirah, Martha Mugler, Shelly Simonds, Steve Heretick), plus three Ds (Kaye Kory, Cliff Hayes, Kelly Convirs-Fowler) abstaining. From everything I’d been hearing, this bill was a long shot to pass the House of Delegates, and a *really* long shot to pass the State Senate.

P.S. This vote came after the bill was saved on Tuesday, passing out of the House Appropriations Committee, on a 12-8 vote, after failing to report the previous day on an 11-11 vote. Notably, Del. David Reid (D) switched his vote from “nay” yesterday to “yea.”  There were also some great speeches by Del. Delores McQuinn and Del. Jay Jones, plus some…well, NOT great speeches by several Republican members, including Del. Kirk Cox, Del. Matt Fariss, etc. 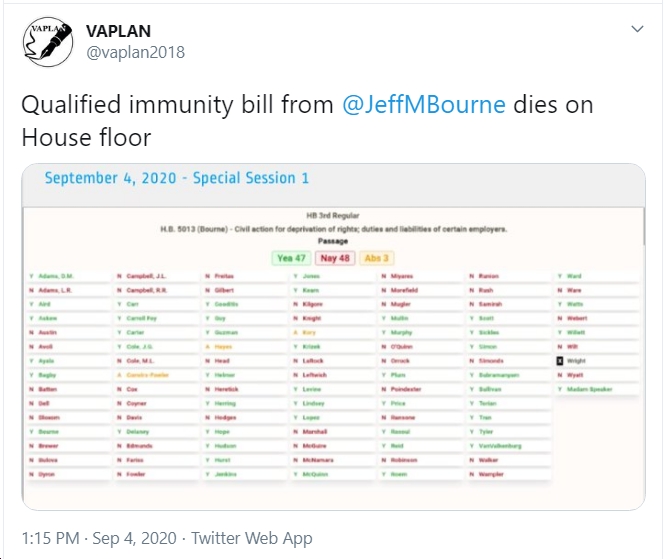 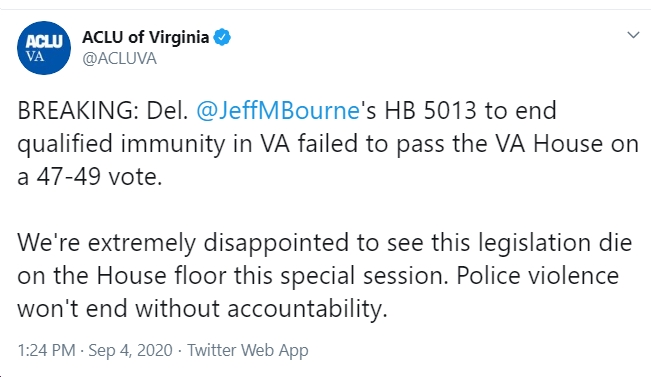 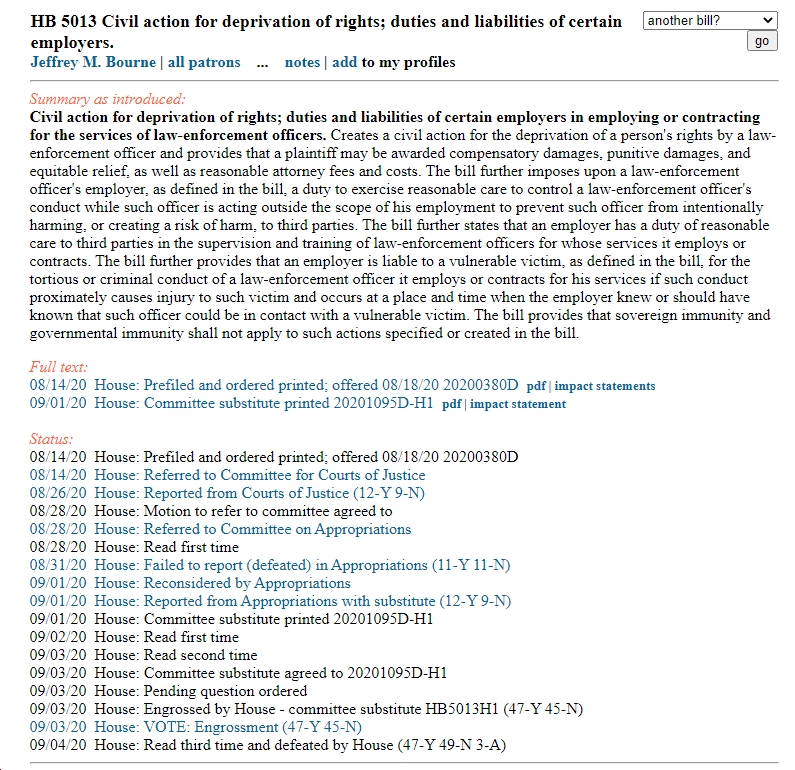