See below for video of yesterday’s Fairfax County Board of Supervisors Public Safety Committee, during which Fairfax Commonwealth’s Attorney Steve Descano presented his request for a significant increase in resources to his office. As you can see from Descano’s slides, he argued:

In response, Fairfax County Chair Jeff McKay said that the Board was in “a little bit of a state of shock,” that the Commonwealth’s Attorney’s office is “50% larger today that it was 10 years ago,” and that Descano’s request would increase the budget “in one action by 40%,” something he called “unprecedented” during “carry over.” McKay added that “we’re not going to be able to respond to [this] in an emergency way,” that Fairfax needs “a coordinated plan” to deal with this situation, referred to a “constrained fiscal environment” due to COVID-19. 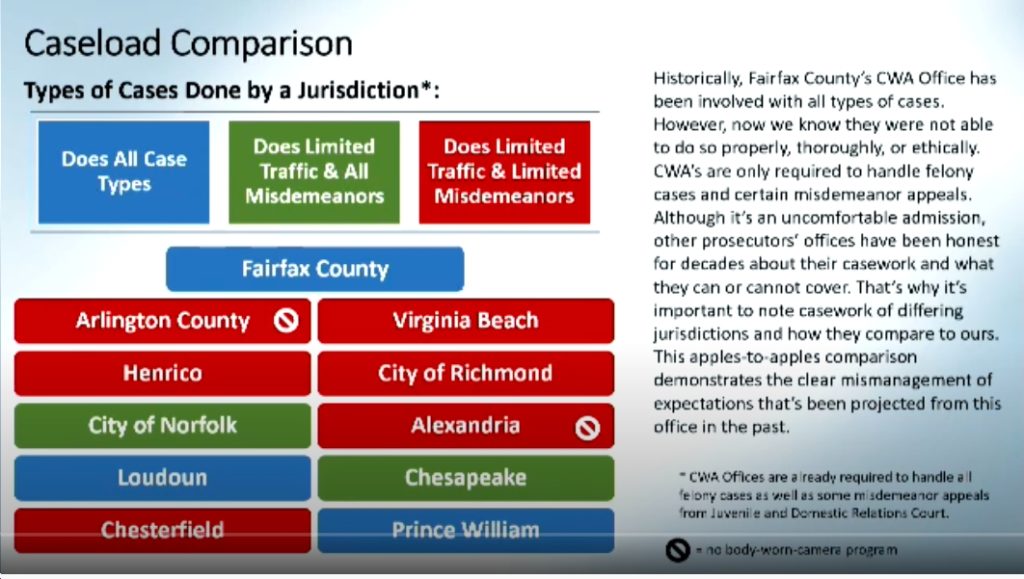 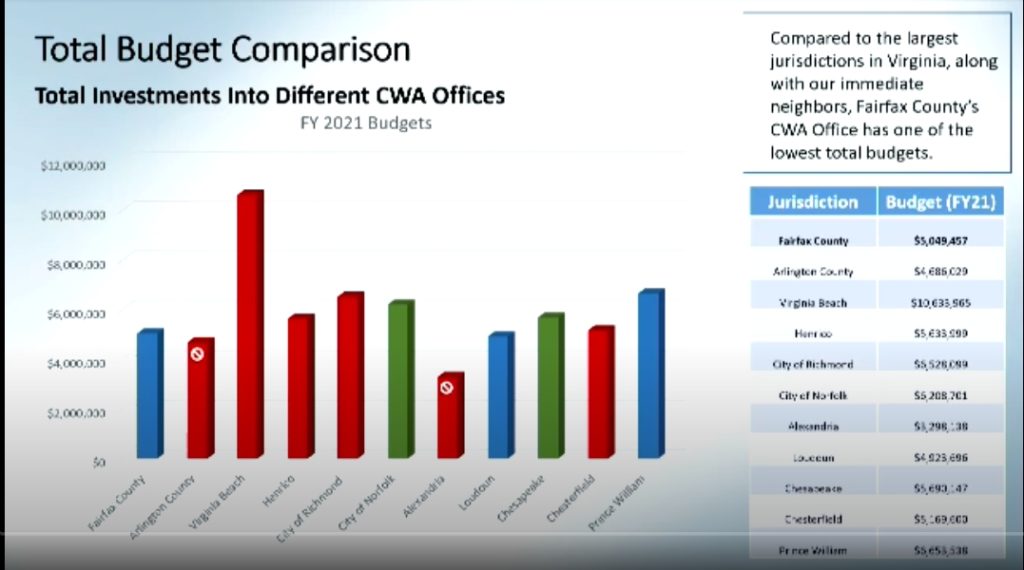 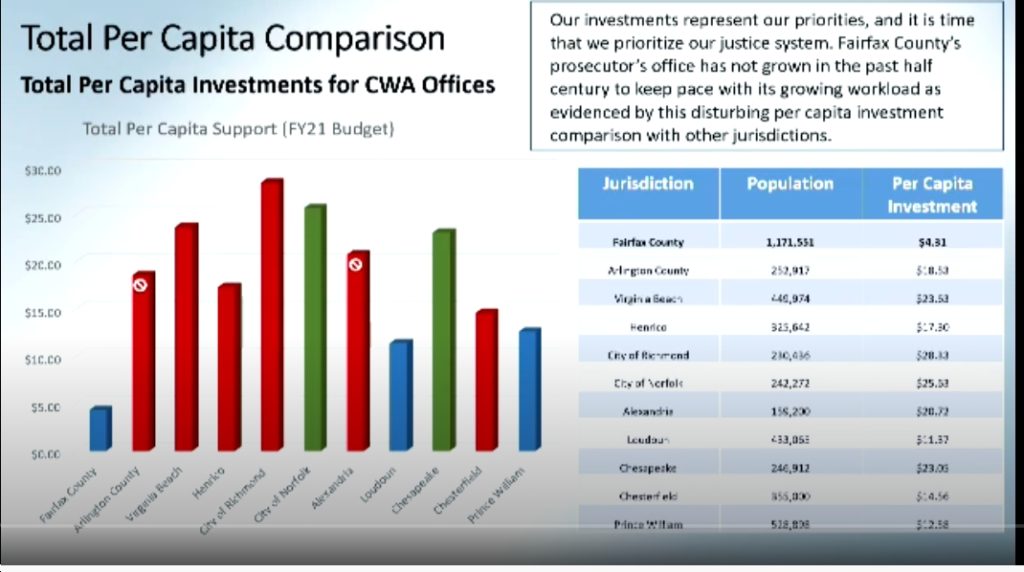 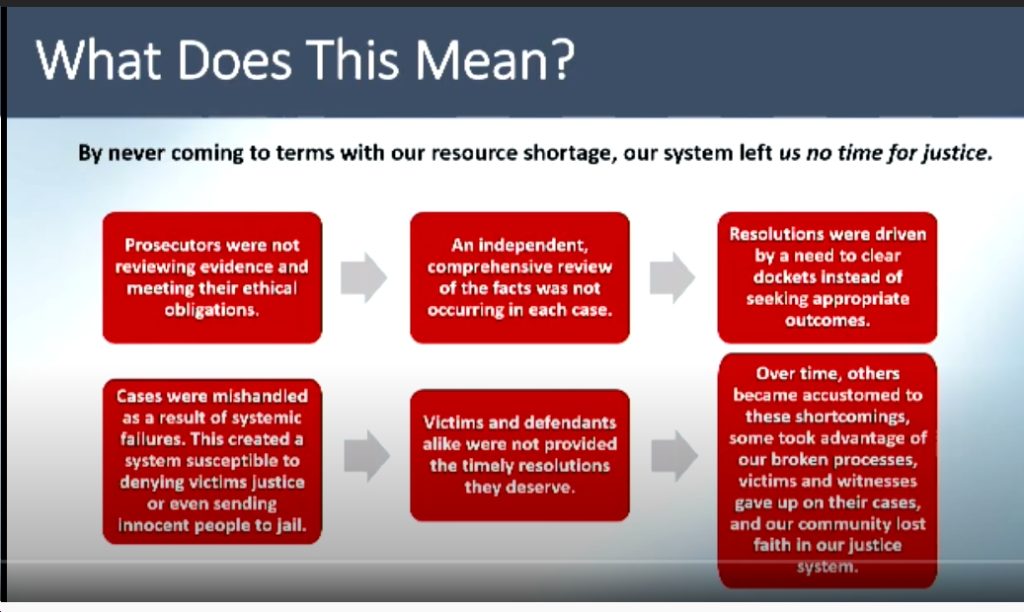 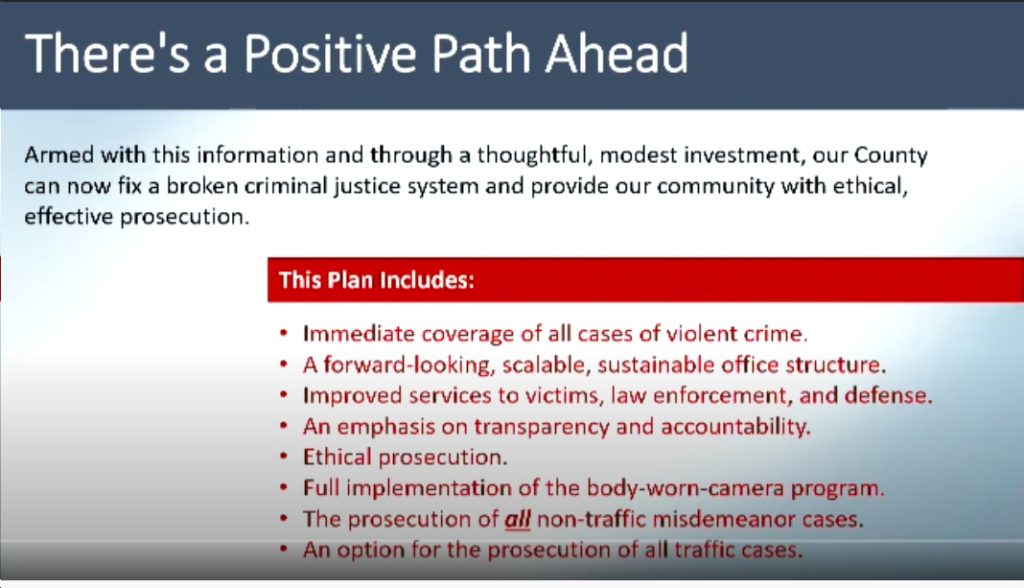 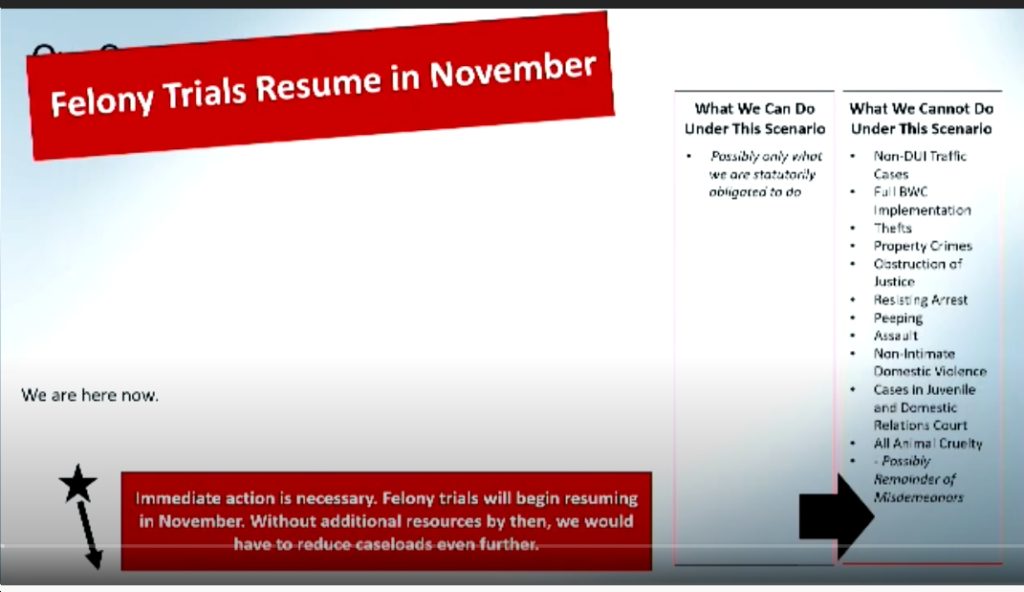 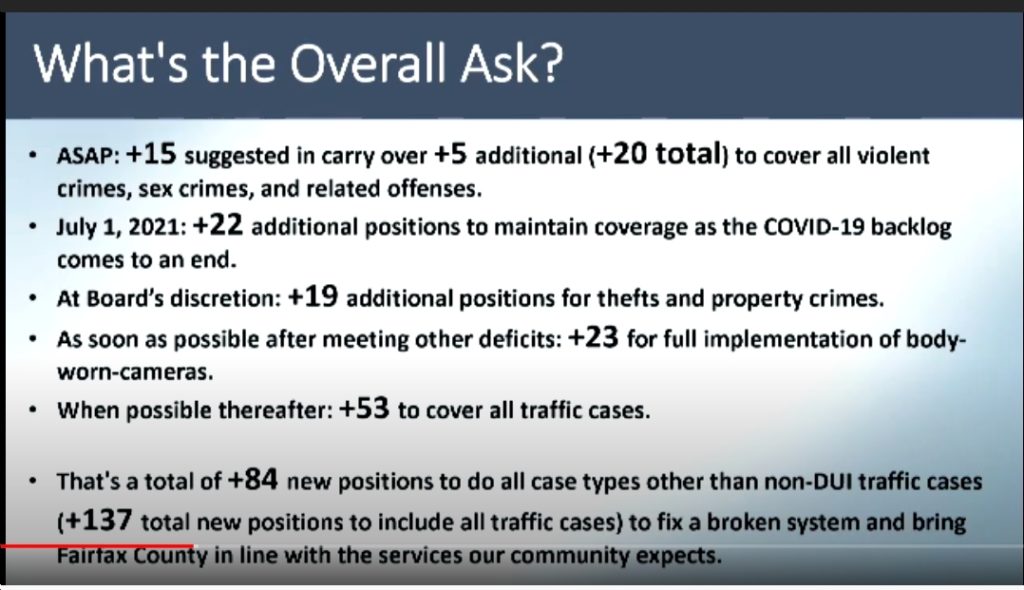