According to a new report by “The Armed Conflict Location & Event Data Project” (ACLED), “Militia groups and other armed non-state actors pose a serious threat to the safety and security of American voters.” ACLED’s new report ” reviews the latest data on right-wing militia organizations across the country, identifying the most active groups and mapping the locations most likely to experience heightened militia activity before, during, and after the election.”

See below for a focus on Virginia, which ACLED says is at “moderate risk” of militia activity, and “has been a major target for intra-state and inter-state right-wing organizing.” Also, from the report: “Virginia has continued to be a major target throughout the summer, with at least nine militias active in recent months, including the Boogaloo Bois, the Virginia Militia, and the Virginia Knights.” 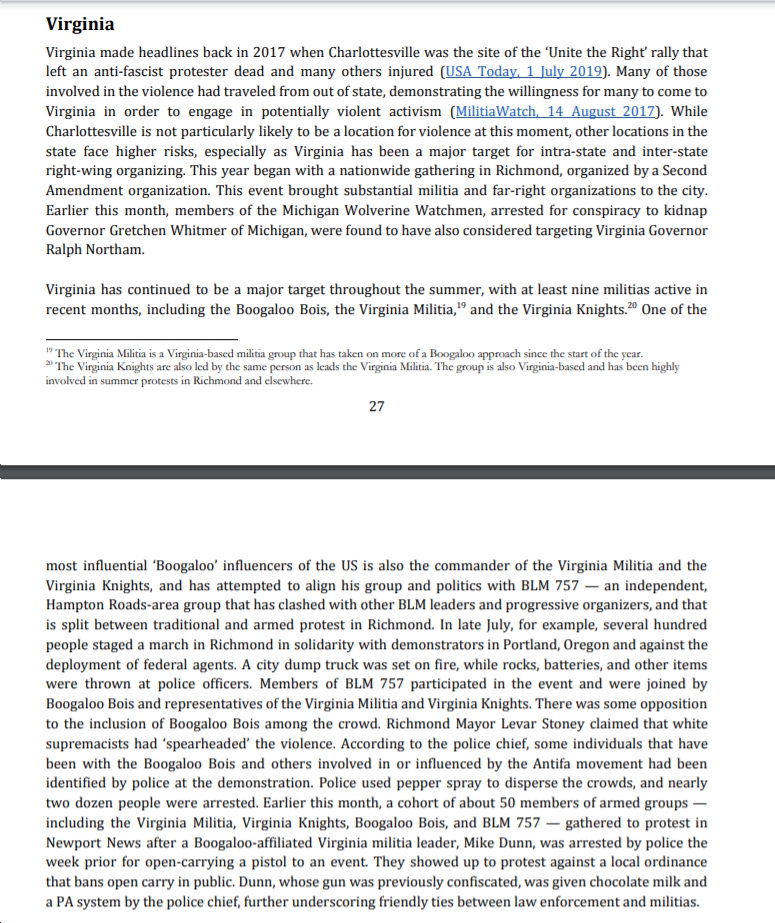 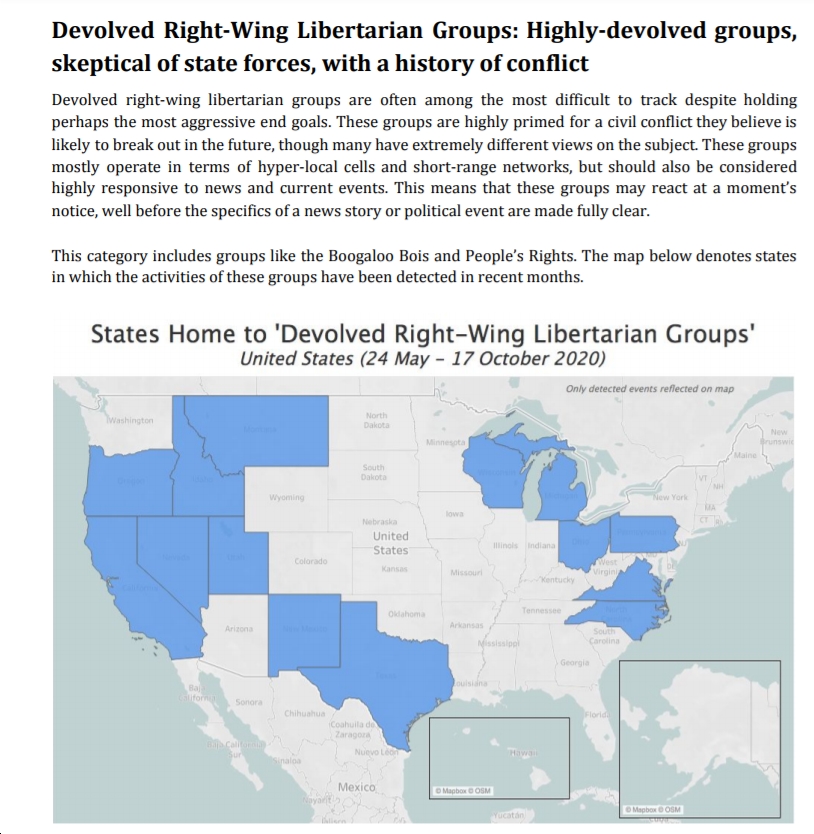 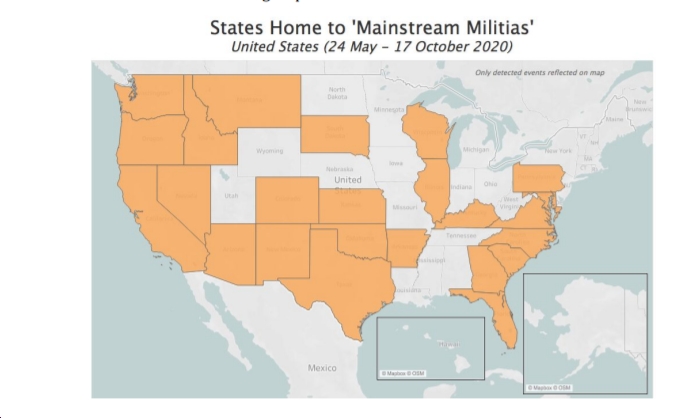