See below for yet some more unhinged, over-the-top, demagogic, fearmongering, fallacious sludge – as usual, about criminal justice reform – from the Virginia House GOP (note: if you like it, you can get a lot more of it on the VA House GOP Twitter feed, as well as the VA GOP Twitter feed, which is also unhinged). More importantly, check out the demolition of that sludge, by Del. Danica Roem, Sen. Scott Surovell, VAPLAN, etc. A few highlights include: 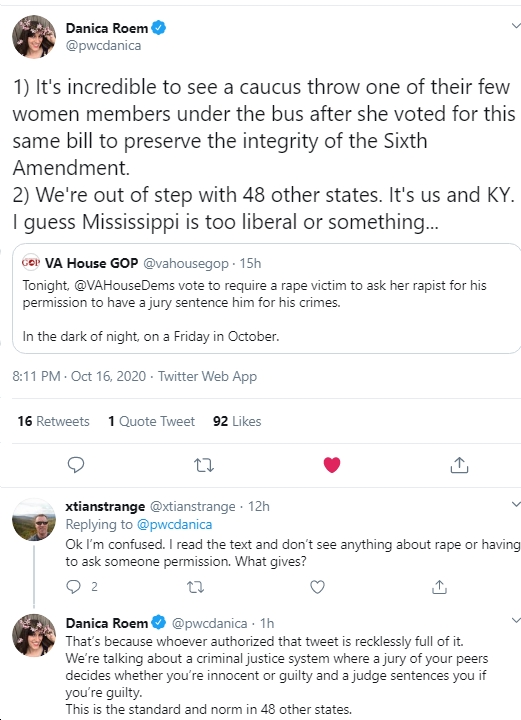 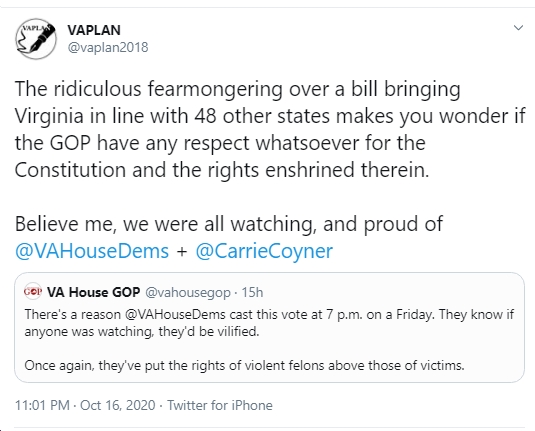 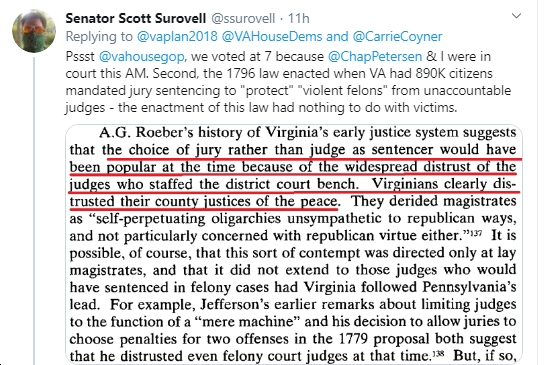 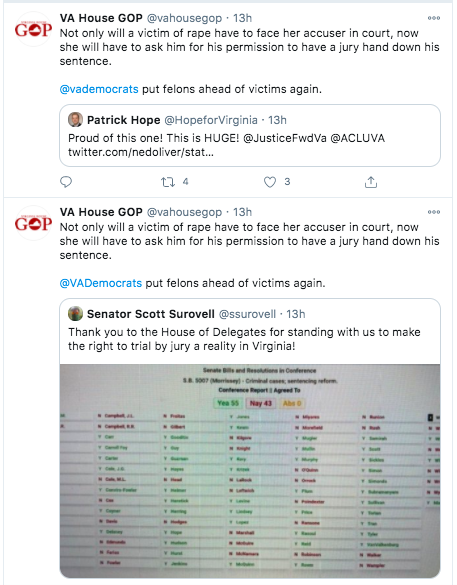 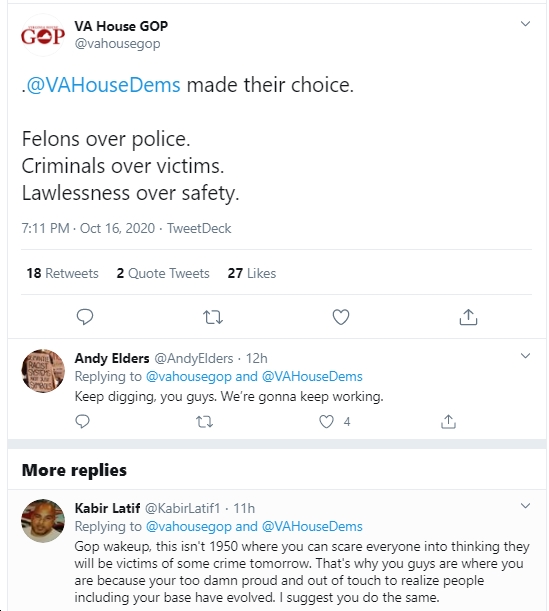