Yep, that’s Bob Good…the same guy who primaried Rep. Denver Riggleman (R-VA05) in part because Riggleman performed a same-sex wedding ceremony. For more on Good’s noxious/bigoted views, see A Virginia House Candidate Campaigns by Attacking ‘a Man Dressed as a Woman’, which also discusses how Good “failed to disavow comments made by a key supporter, Eddie Deane,” in which “Deane went on a diatribe against a Black Lives Matter march, using racist and homophobic language.” Good is also enmeshed in an ongoing financial disclosure scandal, with a recent letter to the Campbell County Commonwealth’s Attorney requesting an “independent investigation into this potential crime and a civil penalty against Good.”

In sum, Good is…not good. And now he’s demonstrating that fact yet again, by holding an event with “American Family Radio host Sandy Rios,” who was reported to have claimed on her show that the sexual orientation of an Amtrak engineer “was likely ‘a factor” in “the fatal Amtrak crash in Philadelphia” in May 2015. Rios also has said “that she wants to restore the ban on gays in the military because gay people are ‘disordered’ and won’t be able to ‘provide strong defense for our nation.'” Ee gads. Oh, and Rios also argued that Beyoncé is “an anti-white racist whose ‘lawlessness’ could bring about the End Times reign of the Antichrist.” So…yeah, that’s the “dynamic voice who’ll inspire you to speak with boldness” with whom Bob Good’s holding a rally in Lynchburg next Friday. ‘Nuff said.

Fortunately, VA05 voters have a much, much, much better choice, in Dr. Cameron Webb. This race is VERY close, so do whatever you can to help Webb win on 11/3! 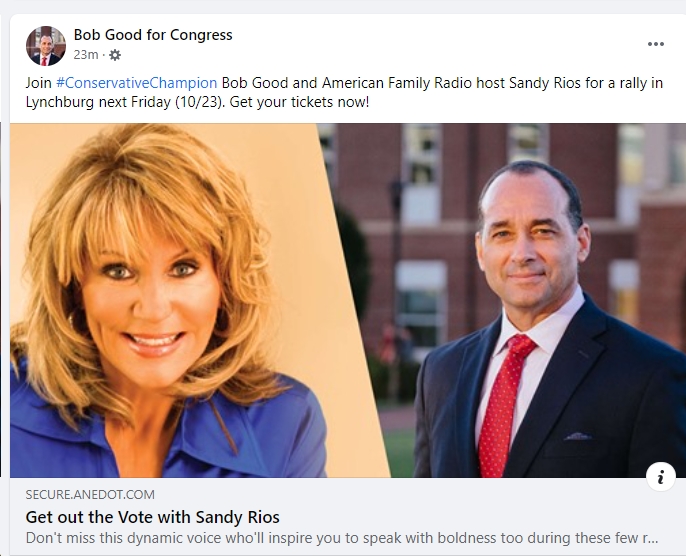 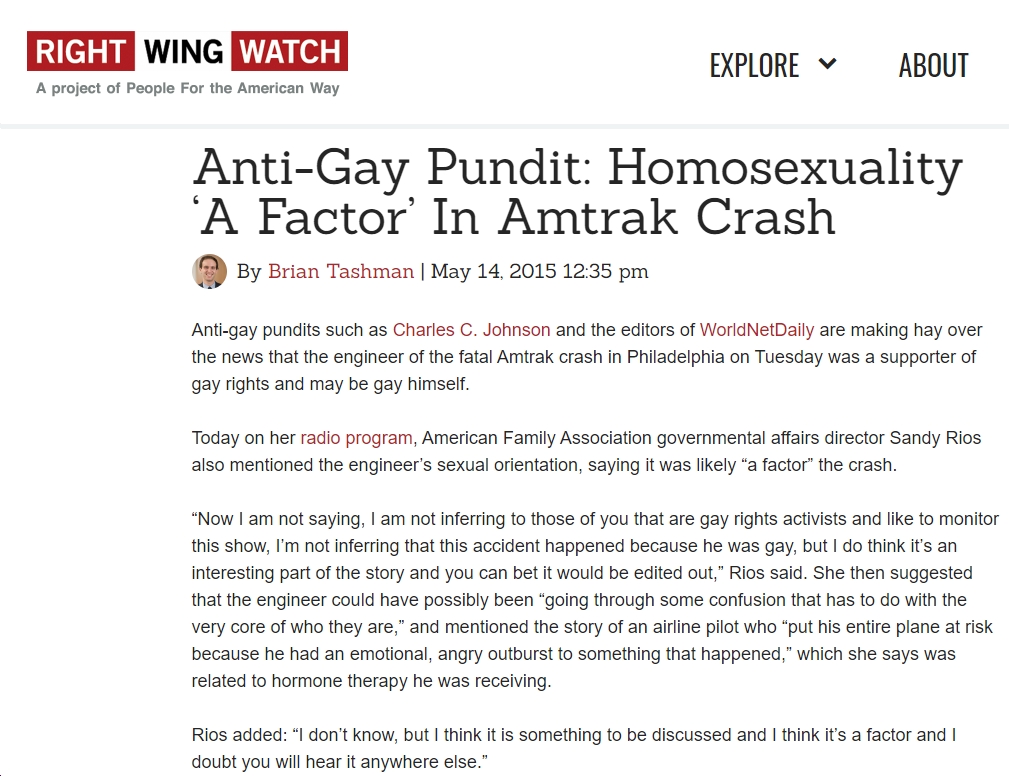