Yep, after hours of not counting ballots (and then finally counting ballots), controversy over “voting irregulatiries and ballot stuffing,” threats of legal action, etc., Saturday’s drive-through VA05 GOP convention at the “Tree of Life Ministries” church in Lynchburg *finally* ended sometime after 1 am this morning, and Trump-endorsed Rep. Denver Riggleman (R-VA05) has been defeated (WOW!!!) by far-right-wing challenger Bob Good (who says he got 58% of the vote). Here are the results and some analysis: 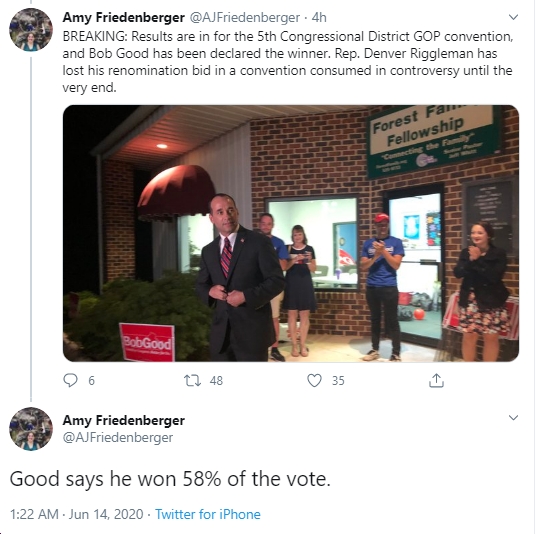 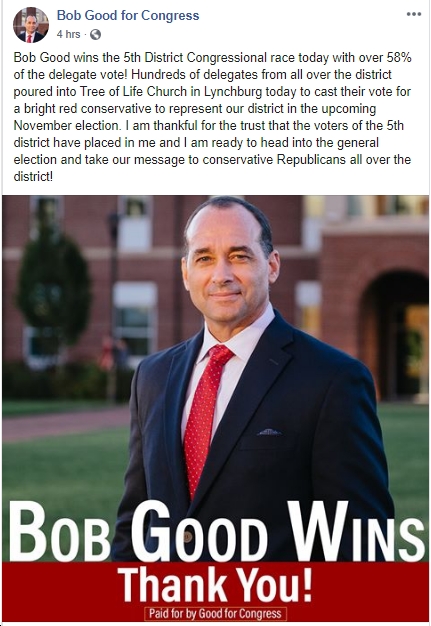 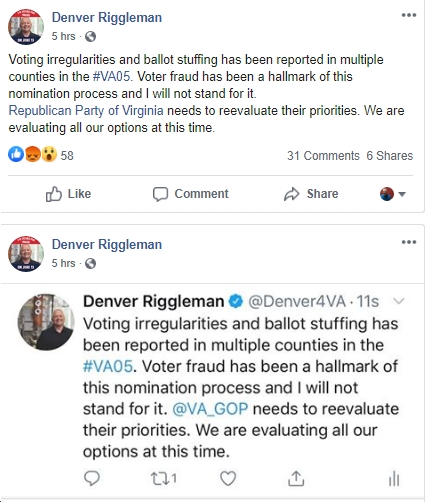 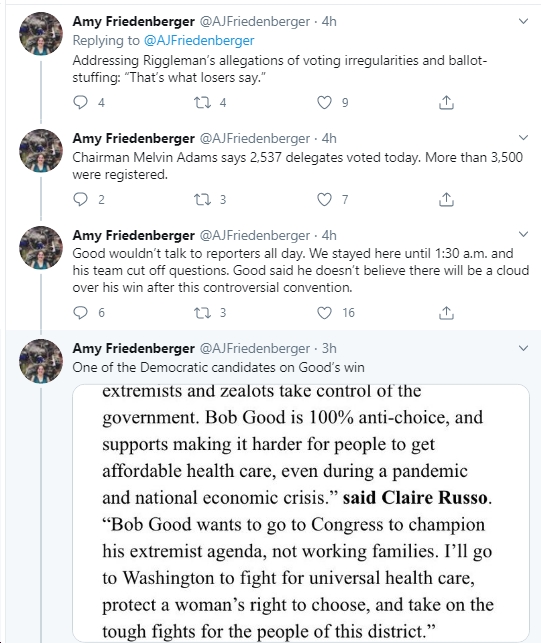 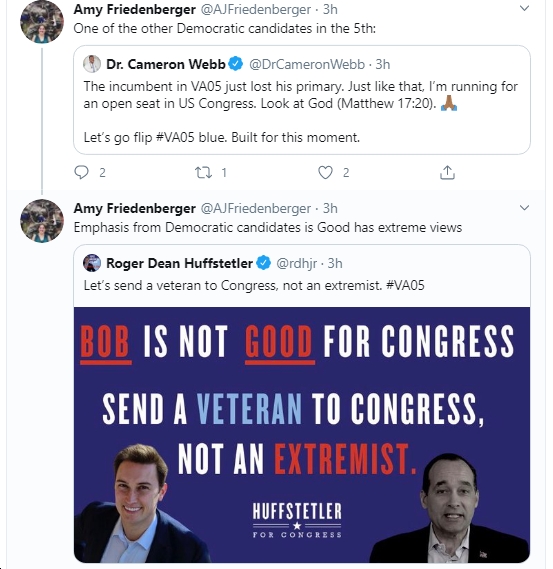 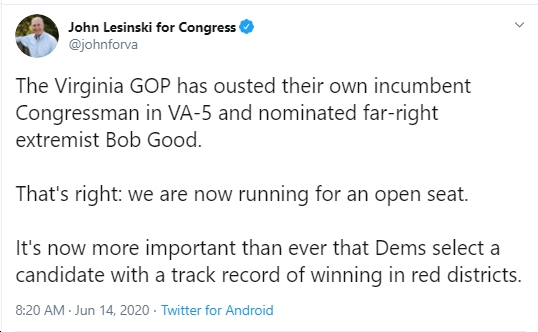 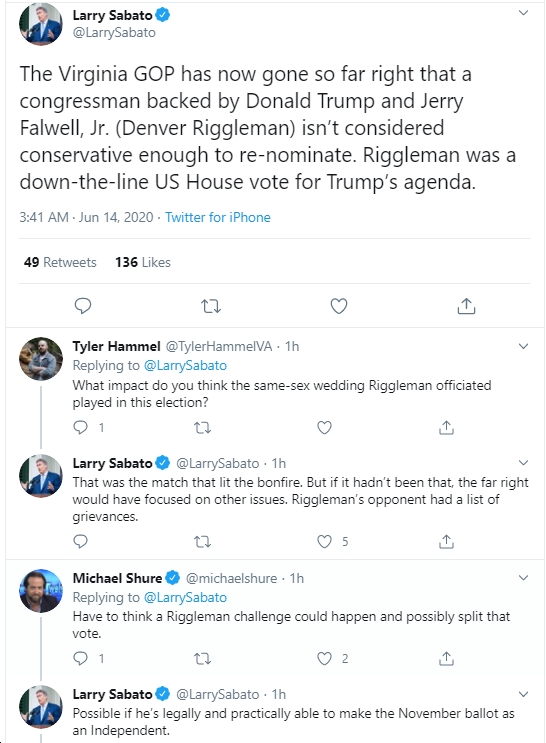 So, so sad…for VA05 Republicans, that is, especially given how bitter this contest was. Let’s hope the intra-GOP scars last, at least through November. On this note, check out the following analysis by Kyle Kondik of Larry Sabato’s Crystal Ball at the UVA Center for Politics.

The Crystal Ball may move #VA05 from Likely R to Leans R, depending on the convention results today. Republicans would still be favored there because of VA-5’s trend. In 2017, Gov. Northam did almost 3% better overall than Obama in 2008, but VA-5 got 6% redder. pic.twitter.com/FlwQAAxu8v 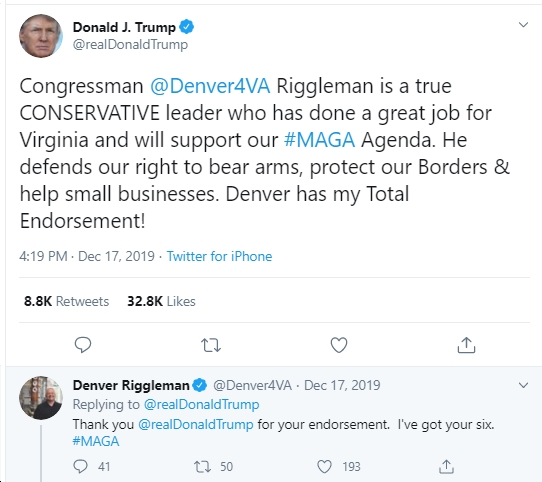