Fascinating graphic from VPAP, showing that “[v]oter participation saw its largest gains [compared to 2016] in this November in Virginia’s rural areas energized by President Trump.” And yet, despite these percentage increases in “red” areas, Biden won Virginia by over 10 points, about twice as high as Hillary Clinton’s margin. How? Because a lot of the counties where percentage surged are very small, so they were swamped by absolute turnout increases in huge, blue jurisdictions like Fairfax County, Prince William County, Hampton Roads, Richmond, Henrico County, etc. Plus, several “purple” jurisdictions flipped to “blue,” such as Lynchburg, Chesterfield County and Virginia Beach, while places like Fairfax County and Loudoun County got even *bluer* than they already were. Still, it’s interesting to see turnout increasing sharply, in percentage terms, in a lot of red/rural Virginia. Presumably, this happened across the country as well. The question is, will it continue once Trump’s gone.

P.S. For more on the “electoral heft” of different Virginia jurisdictions, confirming what I was just arguing, see another graphic from VPAP, below. 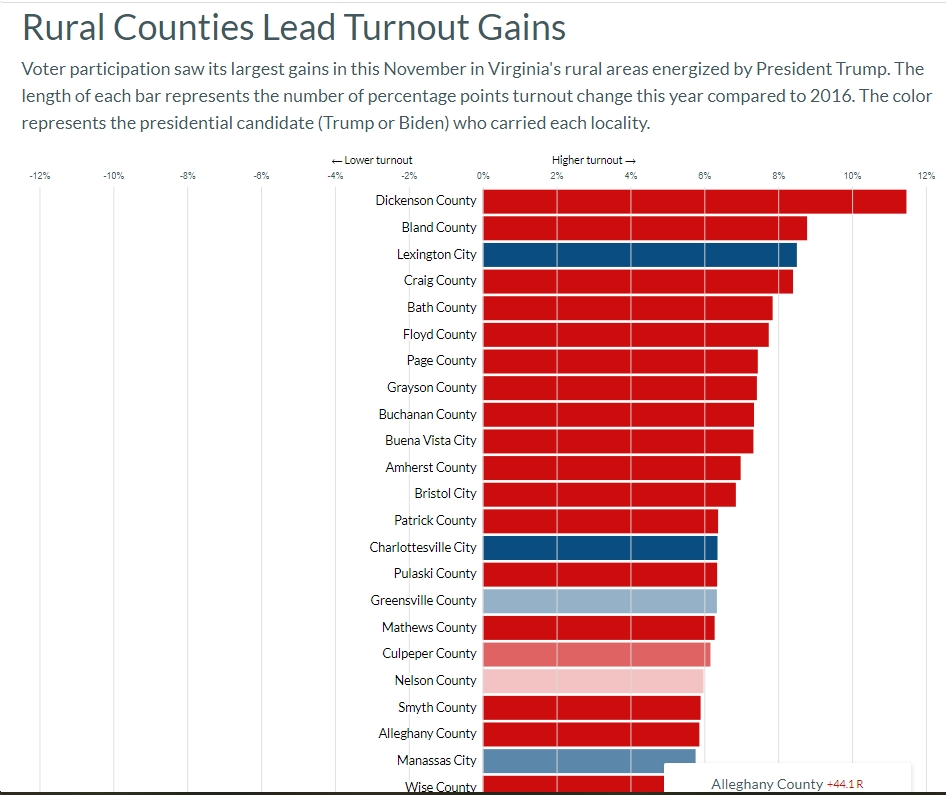 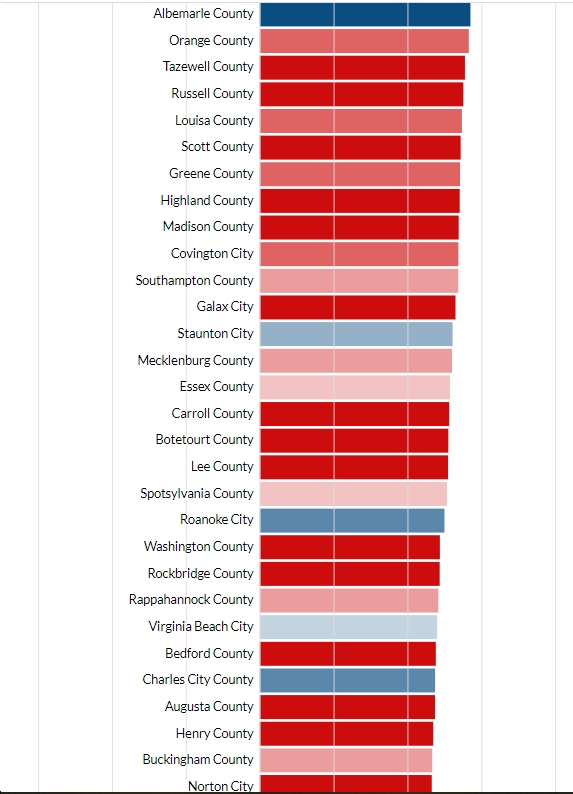 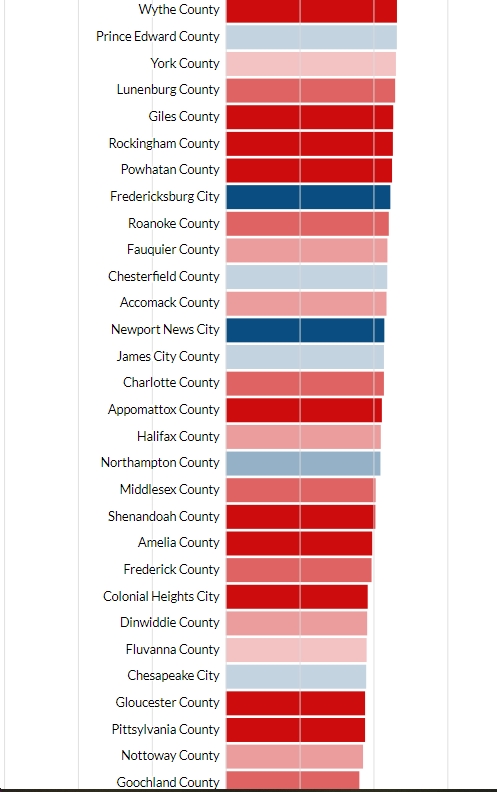 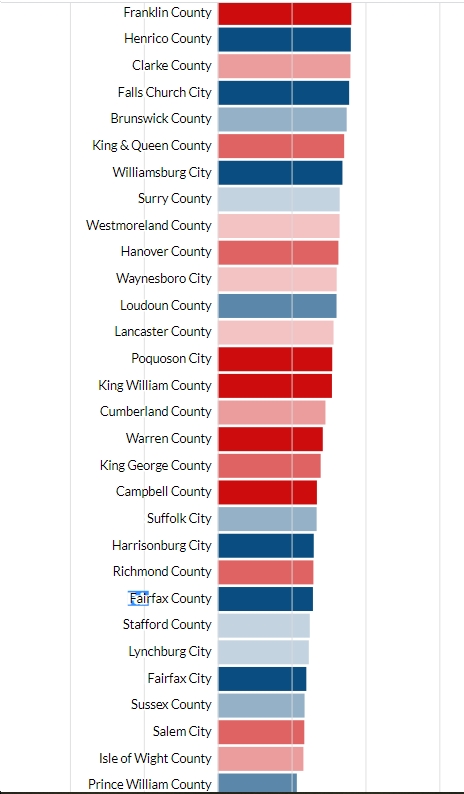 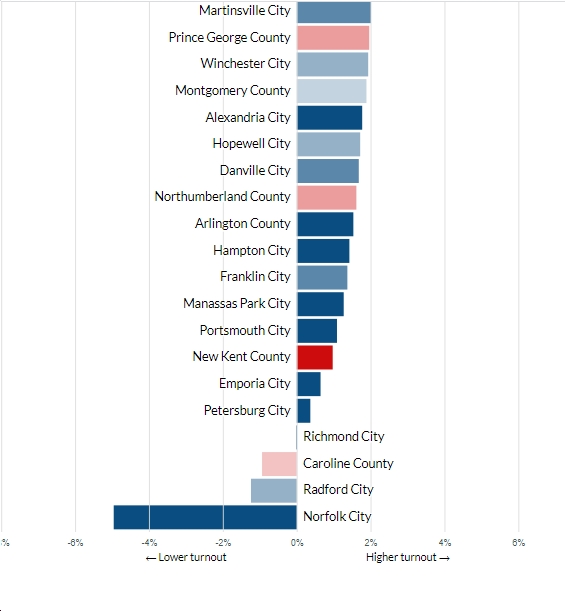 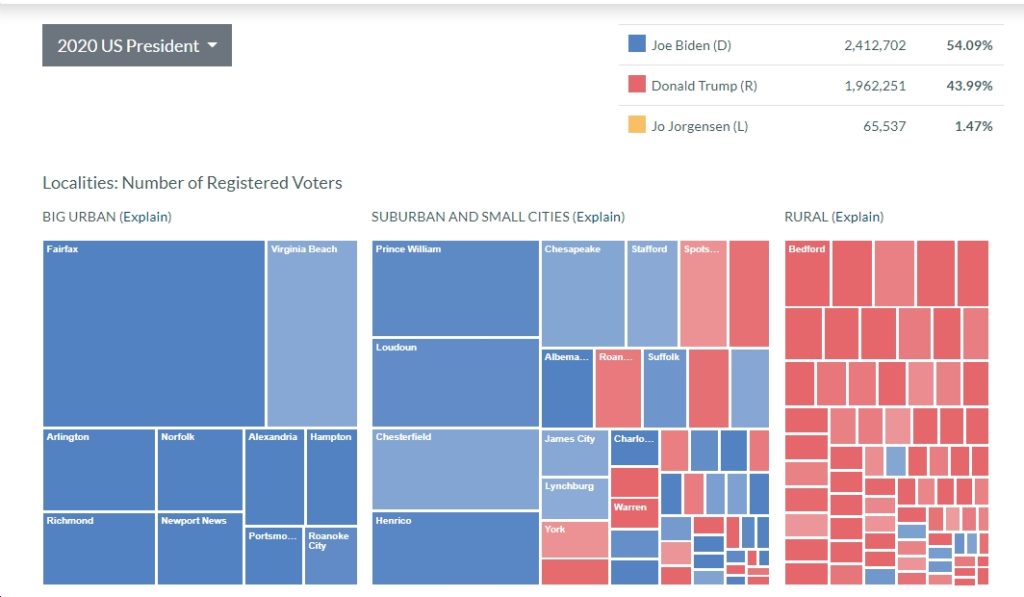