Good to see Rep. Morgan Griffith (R-VA09) getting reamed on his Facebook page for his “disgusting and antidemocratic move” of signing on to the treasonous, seditionist Texas lawsuit trying to overturn the results of the presidential election. Here are a few highlights from the comments section of Griffith’s post, about how the Texas brief was supposedly “well-written and persuasive.” And with that, Griffith should have disqualified himself from ever holding public office or being taken seriously by anyone again. With that, here are a few highlights from the comments section, including about how Griffith is “a spineless jellyfish” who committed an “act of treason”; that Griffith “hate[s] democracy itself”; “TRAITOR. COWARD. DOUCHEBAG”; etc. All 100% accurate, not that Griffith cares. But at the minimum, the three Virginia Republicans who signed on to the amicus brief in this case should be shunned, starting immediately and for the indefinite future, by every other elected official – including the Democratic members of Virginia’s Congressional delegation – and in general treated as pariahs. 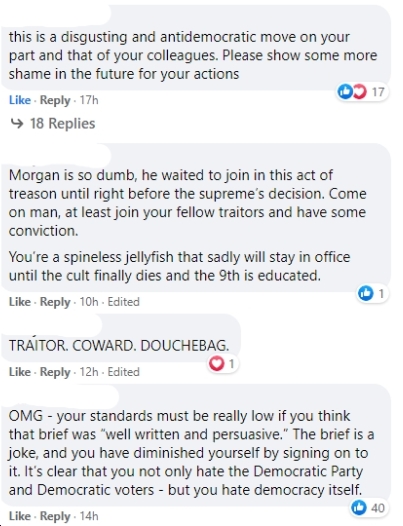 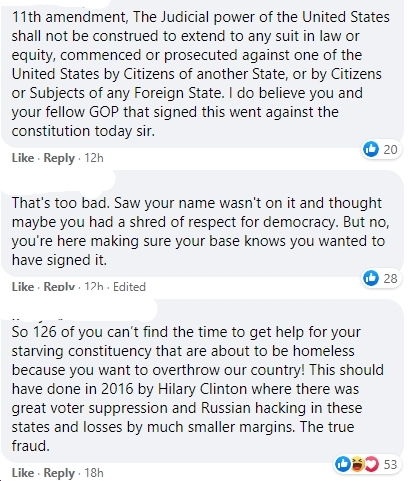 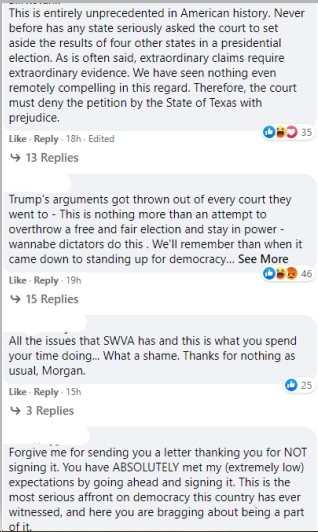 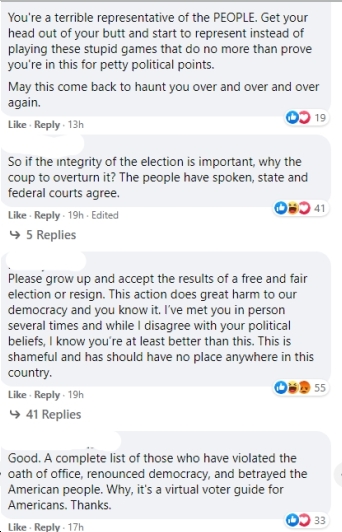 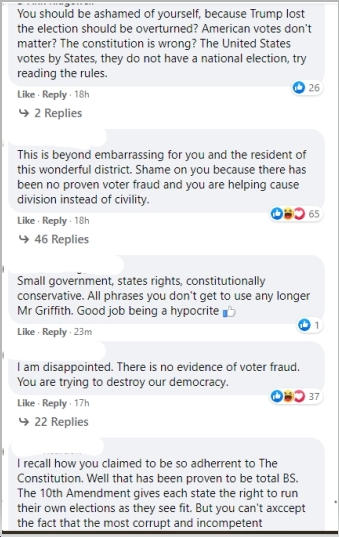 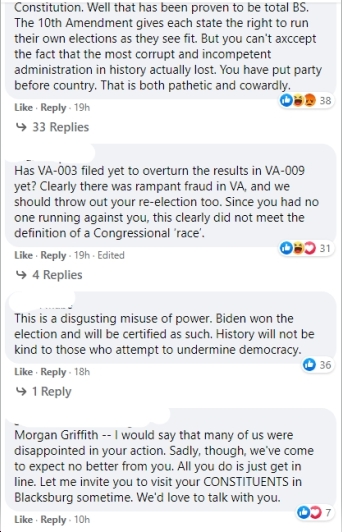 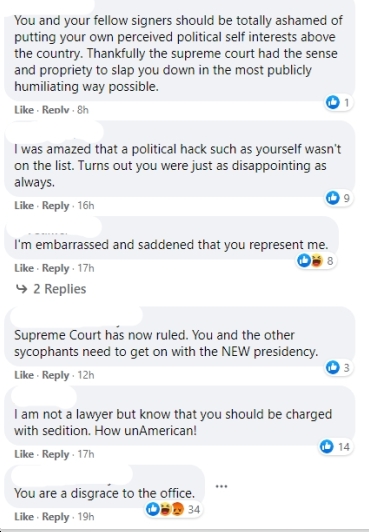