UPDATE 1:50 pm – Rep. Wittman’s office emailed to say: “Congressman Wittman did not block the motion by Rep. Hoyer, but in fact it was a matter of House procedural rules that did not allow the unanimous consent request to come to the floor…In fact, the Politico article that you quoted has since amended their original piece: ‘House Democrats went to the floor on Thursday with a proposal to increase the size of direct payments to $2,000, instead of the $600 that’s in the bill. But Republicans rejected the move, and instead offered their own proposal to shrink foreign aid in the broader spending bill. Democrats rejected it.’”

Of course, Wittman’s alternative was utterly ridiculous/nonsensical for a bunch of reasons, including that the “foreign aid spending” isn’t at all “controversial,” but was in fact supported by the Trump administration, Congressional Republicans and Congressional Democrats. Also, of course, “foreign aid spending” makes up a tiny portion of the budget and has basically no relationship at all to COVID-19 relief. So…this is just typical obfuscation and dishonesty from House Republicans, in this case Rep. Rob Wittman (R-VA01).

A few minutes ago, House Republicans not only screwed over the American people, they also went against the publicly espoused wishes of their cult leader, Donald Trump, who Tuesday night demanded that Congress “amend the nearly $900 billion stimulus bill passed just one day before, describing the legislation as ‘a disgrace’ and suggesting he would not immediately sign off on aid for millions of Americans.”  So now, House Republicans basically told Trump to pound sand, and told the American people to suffer. The latter part, of course, is not surprising, because that’s what Republicans do. But the former part is pretty surprising, given that these folks rarely if ever go against their “dear leader” Trump. Of course, maybe the whole thing’s just a charade, and Trump doesn’t really give a crap about $2,000 checks?

Anyway, whatever the reason, here were are on Christmas Eve, and House Republicans are doing their best Grinch imitation. Click here for the video, including Virginia’s own Rep. Rob Wittman (R-VA01) – yes, the same guy who signed an amicus brief in support of the seditionist Texas lawsuit attempting to overturn the 2020 presidential election. In the end, as Politico reports, “Rep. Rob Wittman (R-Va.) blocked the $2,000 checks on the floor.”  And to think, VA01 voters could have elected Democrat Qasim Rashid (see his tweet ripping Wittman, below), who would have been a superb Congressman, but instead, 58.2% vote for the seditionist (Wittman). Brilliant, eh? 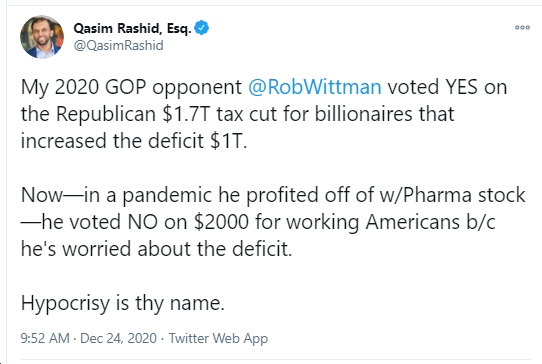 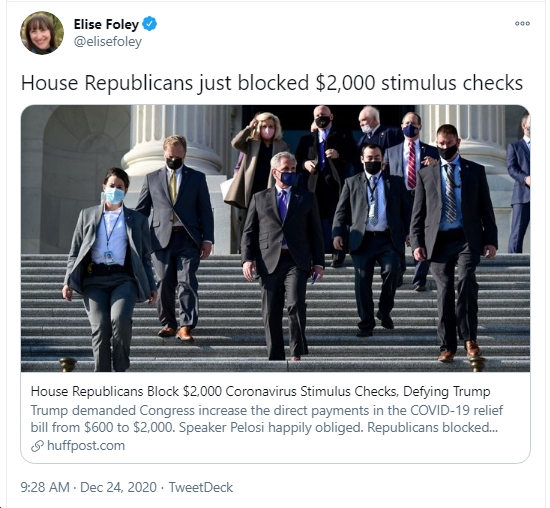 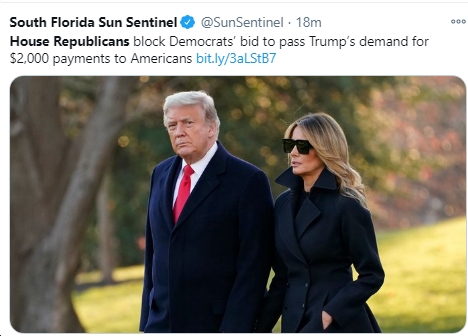 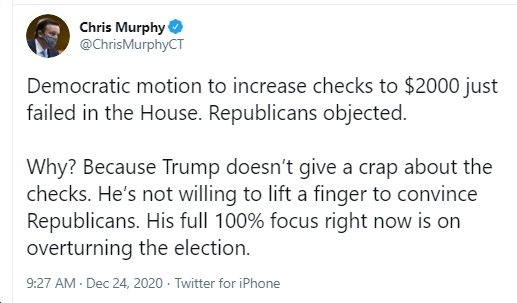 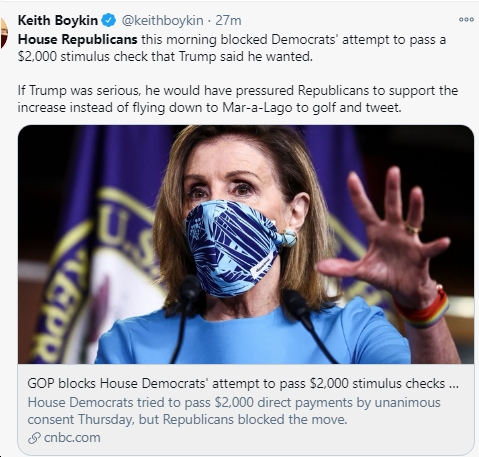 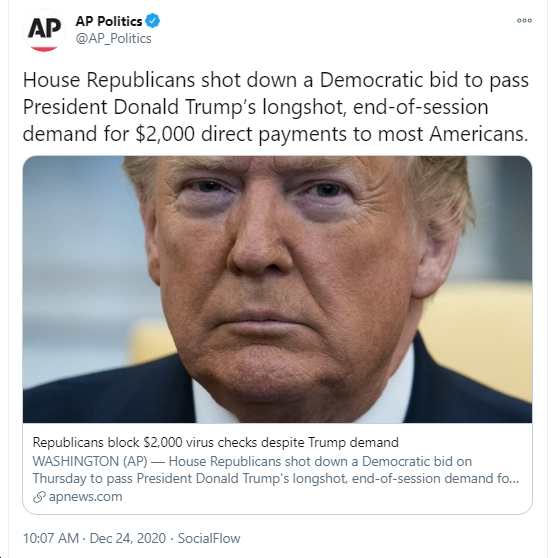 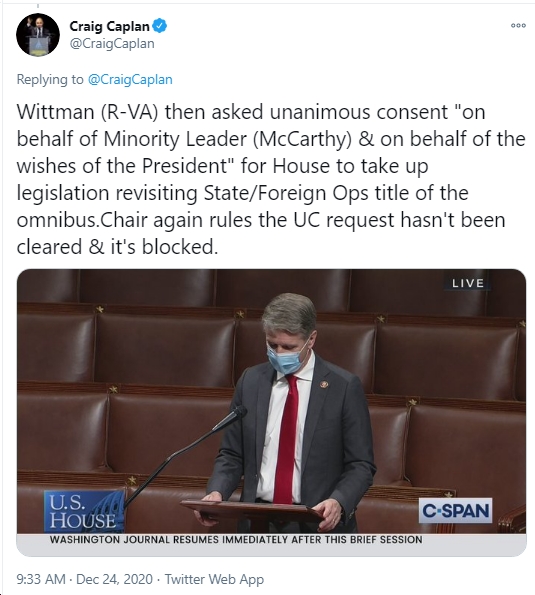