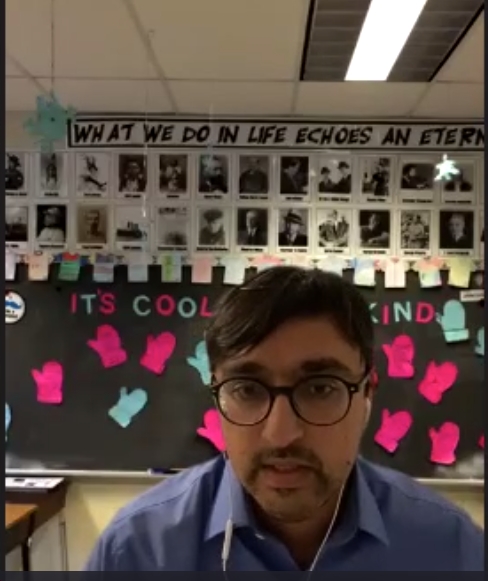 This Tuesday evening, Secretary of Education Atif Qarni and Virginia Asian Advisory Board Chair May Nivar will convene a panel of experts for a discussion on how racism and anti-blackness manifest in Asian American communities. One of the panelists, VA State Senator Ghazala Hashmi (D-SD10), described the forum as follows: 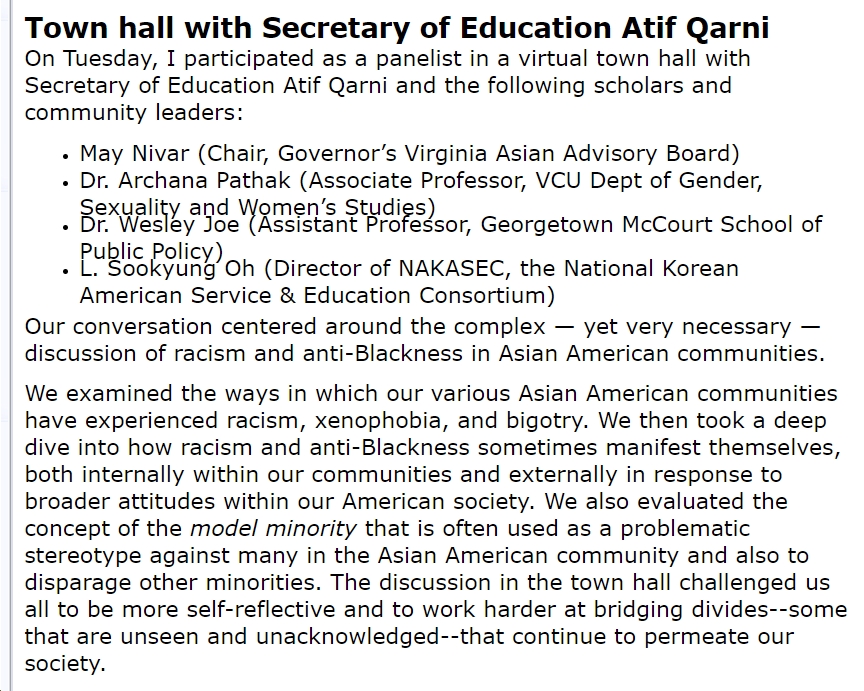 In sum, the conversation “centered around the complex — yet very necessary — discussion of racism and anti-Blackness in Asian American communities,” examining “the ways in which our various Asian American communities have experienced racism, xenophobia, and bigotry” and also looking at “how racism and anti-Blackness sometimes manifest themselves, both internally within our communities and externally in response to broader attitudes within our American society.” The panel also discussed “the concept of the model minority that is often used as a problematic stereotype against many in the Asian American community and also to disparage other minorities” and stressed the importance of “work[ing] harder at bridging divides–some that are unseen and unacknowledged–that continue to permeate our society.”

To watch the forum and to read a transcript, click here.  A few highlights include: