Gotta love it...First, far-right Virginia State Sen. Amanda Chase – a candidate for governor in 2021 – says the Virginia GOP’s decision this past Saturday to go with a convention rather than a primary to select statewide nominees next year was a “HUGE victory” for her…

But then next, a new website called “Rescue RPV” pops up (h/t to reporter Brandon Jarvis for alerting us to this), arguing that the VA GOP’s decision was terrible – the “RPV establishment’ deciding “to ban Republicans from the primary” and to “[take] away your voice once again.” 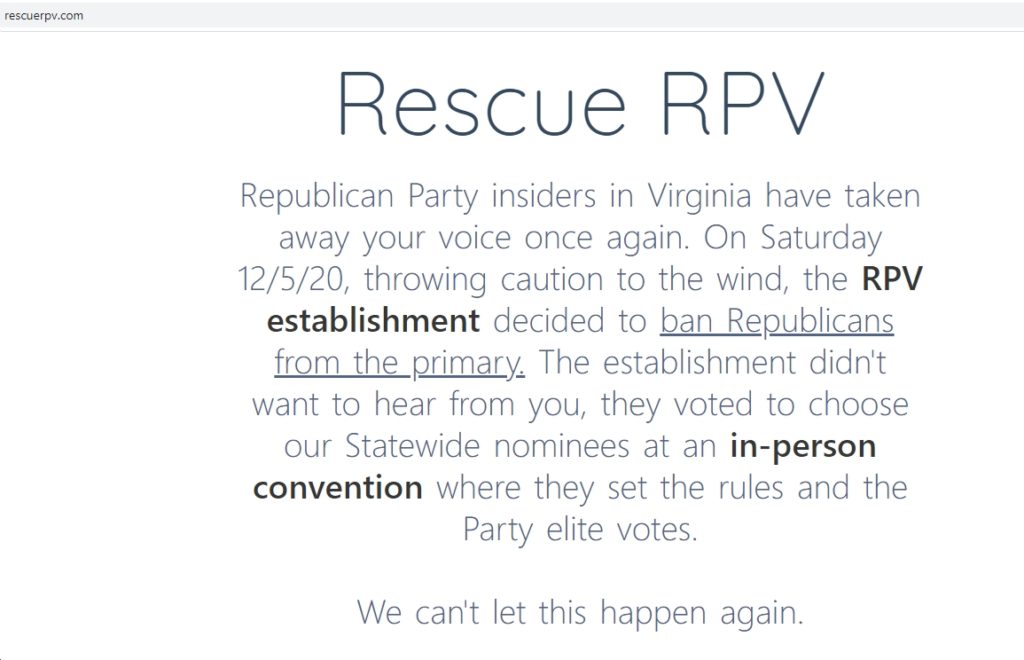 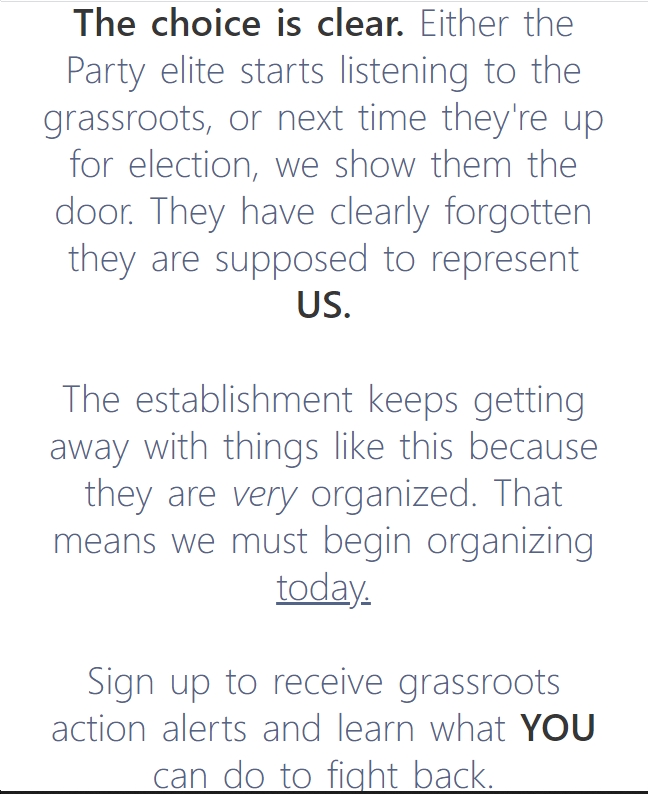 So which is it? A “HUGE victory” for Chase or an assault by VA Republican Party “elite” against the “grassroots” (presumably Chase supporters)? It’s so confusing…lol.