President Biden’s been sworn in, Cheeto Mussolini is gone, so it’s now time to start focusing in more on the 2021 Virginia statewide races – for governor, Lt. Governor and Attorney General. We’ll start with the following rankings, courtesy of former Del. Chris Saxman (R) – you can subscribe to his Substack here – along with a few thoughts of my own. 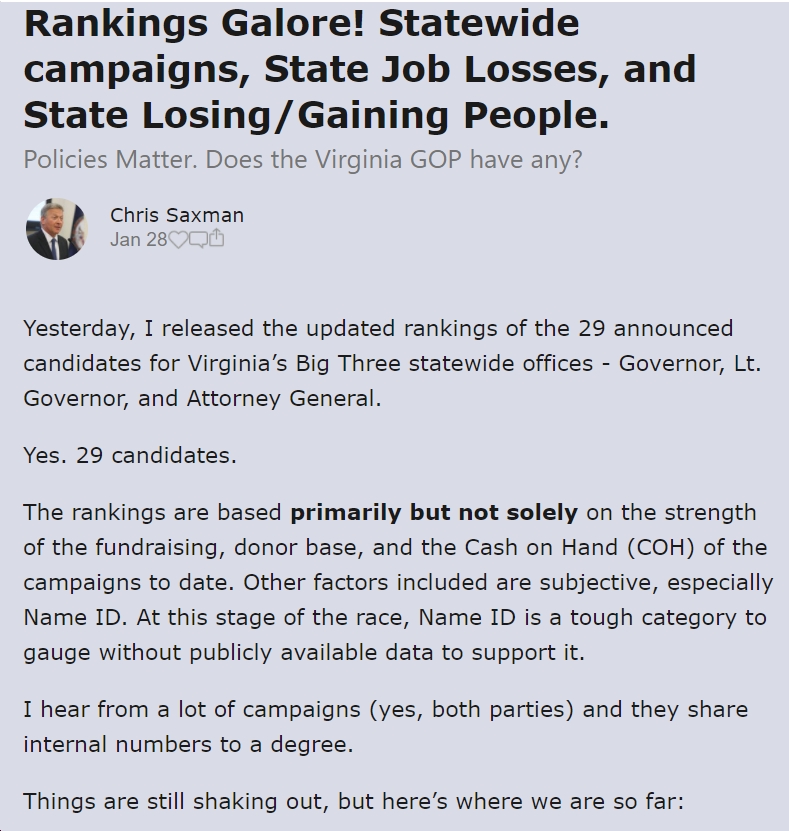 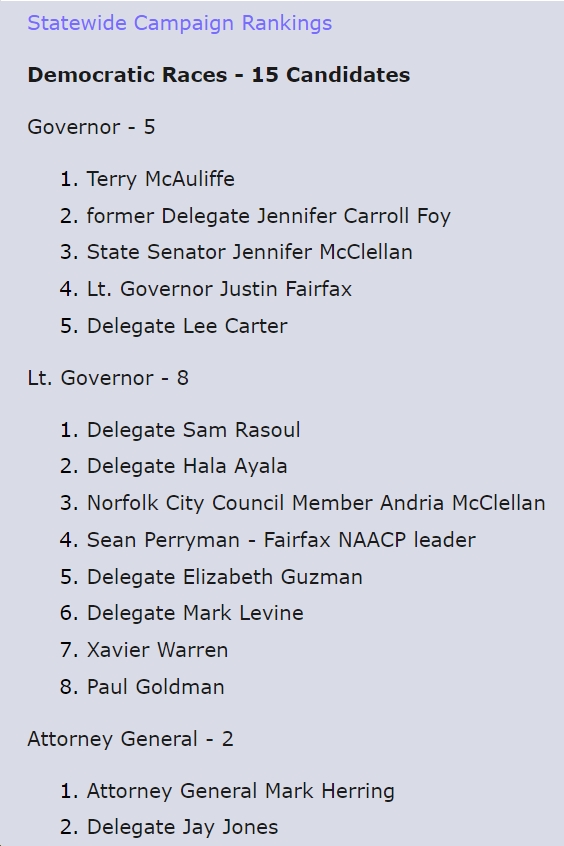 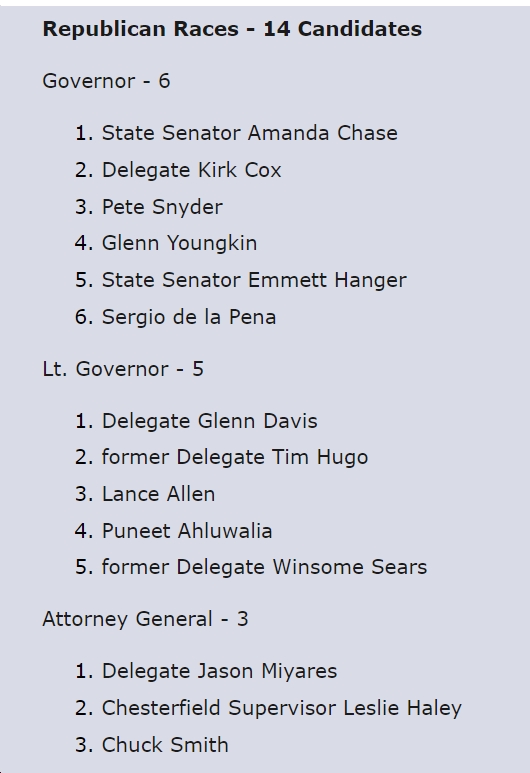 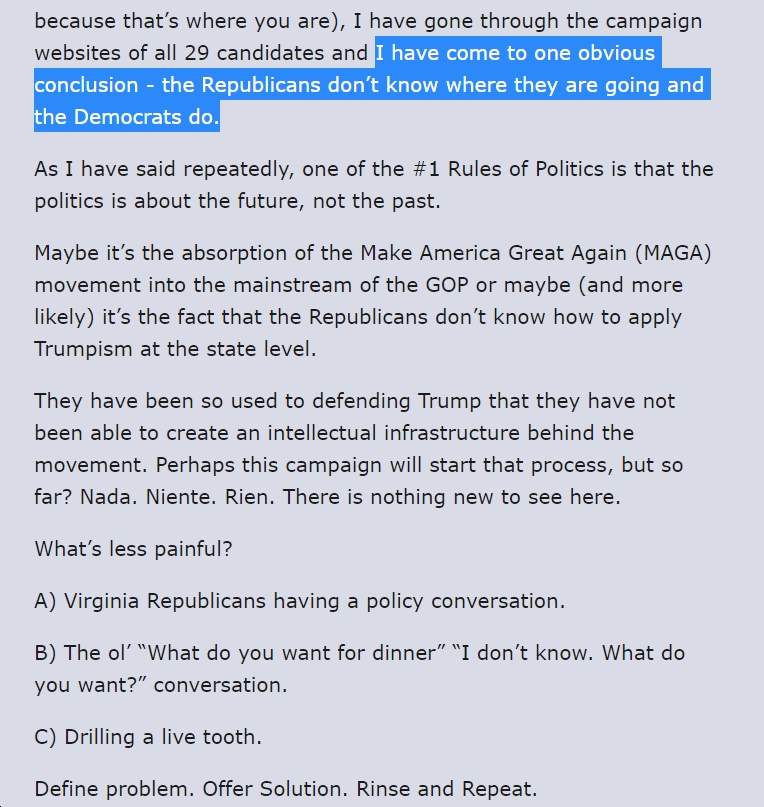