November elections are more convenient and less confusing for voters, have massively higher voter turnout, and save taxpayers money compared to standalone May local elections. SB 1157, sponsored by Sen. Lionell Spruill (D-Chesapeake), would consolidate all Virginia local elections to November. It was successfully reported out of the Senate’s Local Government committee on Monday morning, January 18. Del. Cliff Hayes, Del. Kelly Convirs- Fowler, and Del. Nancy Guy are co-sponsoring the bill in the House of Delegates. In the last two days, Del. Shelly Simonds and Del. Clint Jenkins have also agreed to complete co-sponsor paperwork for the bill as well.

Standalone municipal elections developed as efforts to decrease immigrant and minority voting. Historically and today, voters in low-turnout May elections tend to be whiter, wealthier, and older than November voters.

An online petition in support of moving low-turnout May local elections to November that was begun on Jan. 16 already has over 400 signatures.

If May local elections are more expensive and effectively suppress voter turnout compared to November elections, why does Virginia still have them?

Incumbent local elected officials gain the most from anti-democratic, low-turnout local elections, because few voters coming out makes it much easier for them to use name recognition and local political machines in order to stay in power indefinitely. At Monday’s Senate Local Government Committee meeting, numerous citizens and a representative from the League of Women Voters spoke in favor of consolidating May elections to November in order to make voting more accessible and convenient, and to save taxpayers money. In contrast, a much smaller number of elected officials and their aides spoke against consolidating local elections to November. For example, the cities of Chesapeake and Newport News sent staffers to speak against the bill, even though November elections would make voting far more accessible for their citizens.

Cleon Long’s campaign for Newport News City Council this past spring is a case study in how unfair low-turnout May elections are for political newcomers who want to challenge an entrenched incumbent. Knocking doors and making phone calls for May local election campaigns in Virginia, it quickly became clear to Long and his supporters that the vast majority of voters in Newport News have NO IDEA that there is even an election taking place in May. After a spirited campaign, Long lost to multi-term incumbent Pat Woodbury by just 56 votes (2020 May City General). Long would have been the first African-American Councilmember elected in central district Newport News. 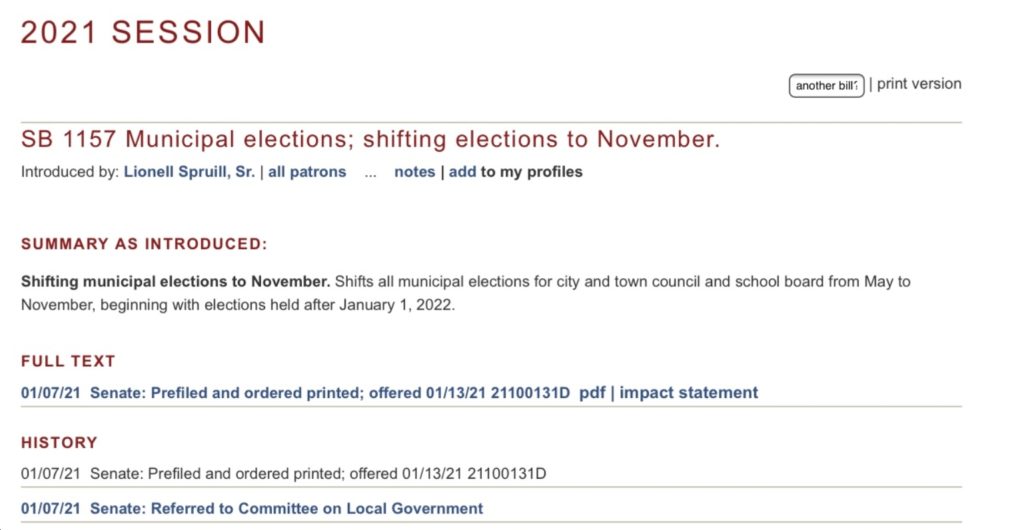 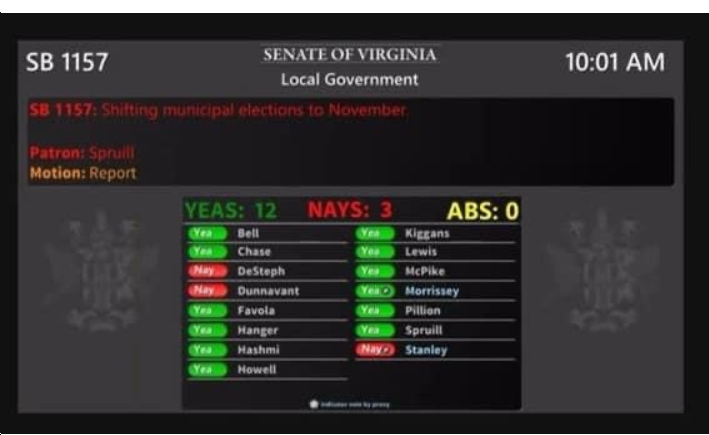