UPDATE 7:45 pm: Here’s video of the debate over removing Sen. Chase from her only committee. It’s quite entertaining! LOL

See below for some tweets, by Cindy (@vaplan2018) and independent reporter Brandon Jarvis (@jaaavis) of the vote and debate a few minutes ago in the Virginia State Senate, in which Sen. Amanda Chase (R) – who has repeatedly called the 2020 presidential election results into question, spread conspiracy theories about “Dominion voting machines,” called for “martial law,” etc, etc. – was stripped of her last remaining committee assignment, on a 37-1 vote (with Chase voting against, and Sen. Joe Morrissey (D) not voting. Next up: this afternoon, there will be public comment and a vote on this bill, “Expressing the censure of the Senate,” citing Chase on 1/6/21 having “addressed a crowd gathered in Washington, D.C., to urge that action be taken to overturn the lawfully conducted 2020 presidential election;” and adding:

“the inflammatory statements and actions of Senator Amanda F. Chase before, during, and after the events that led to the insurrection at the United States Capitol on January 6, 2021, constitute a failure to uphold her oath of office and conduct unbecoming of a Senator”

A live stream of the Senate Privileges & Election Committee meeting later this afternoon should be available here. Of course, censure is pretty weak, but that’s what they’re considering, for whatever reason(s)… 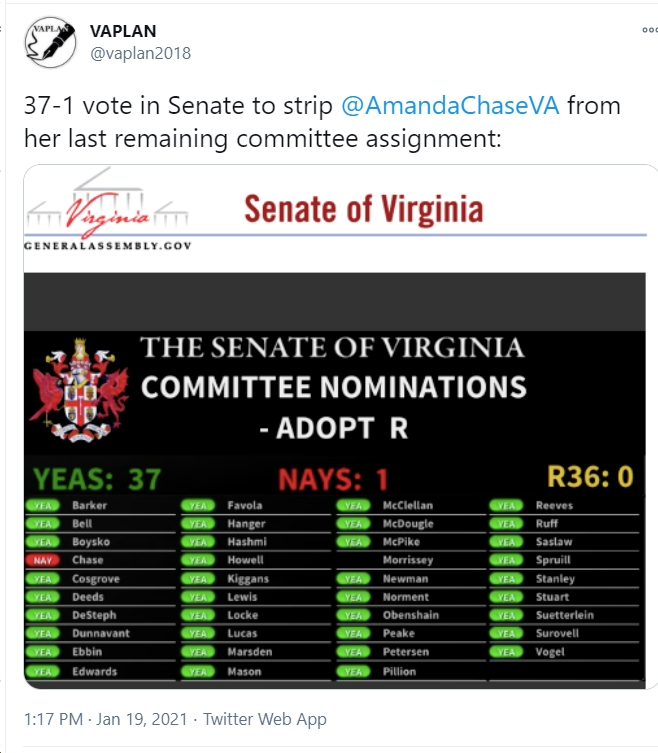 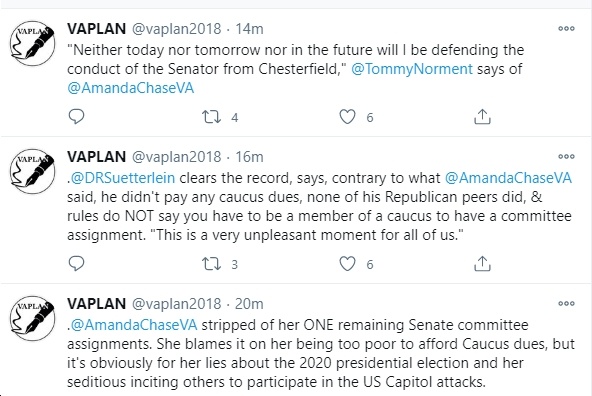 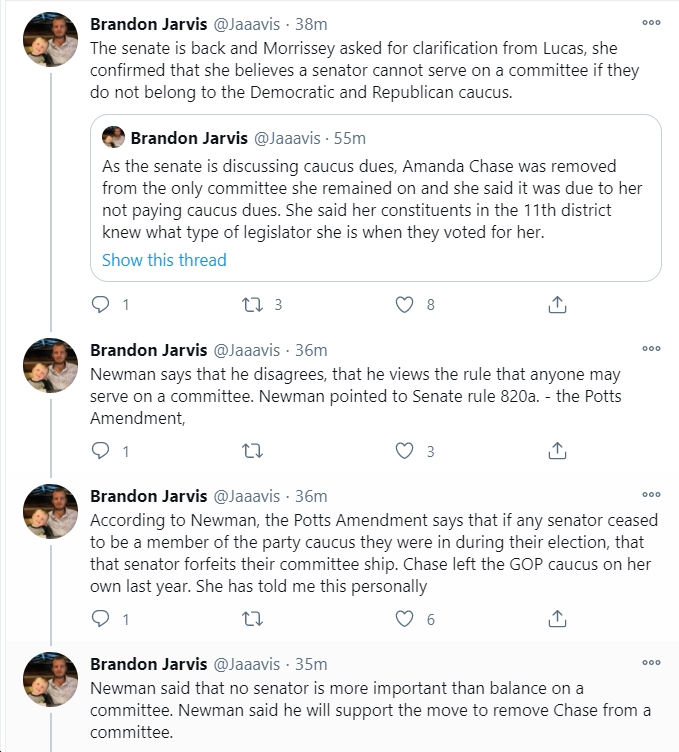 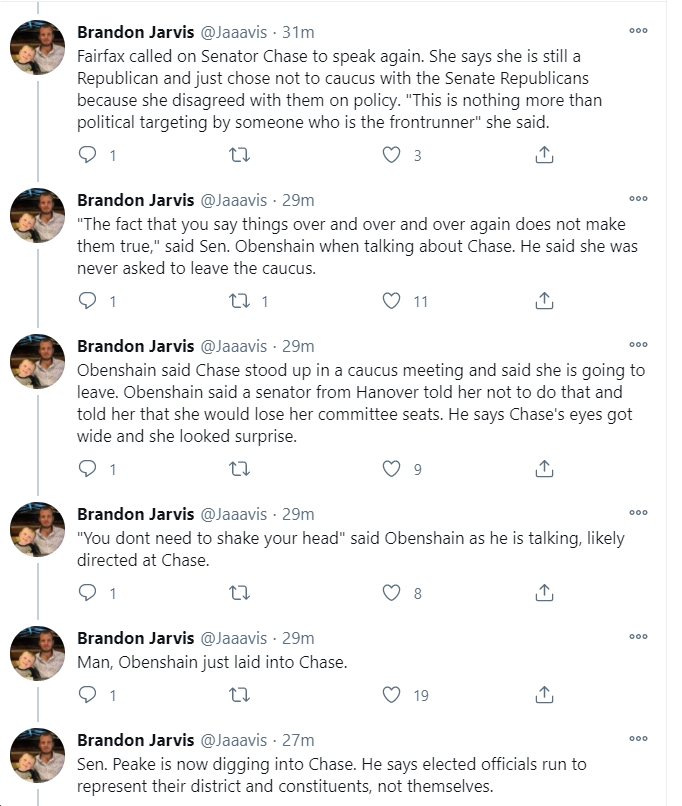 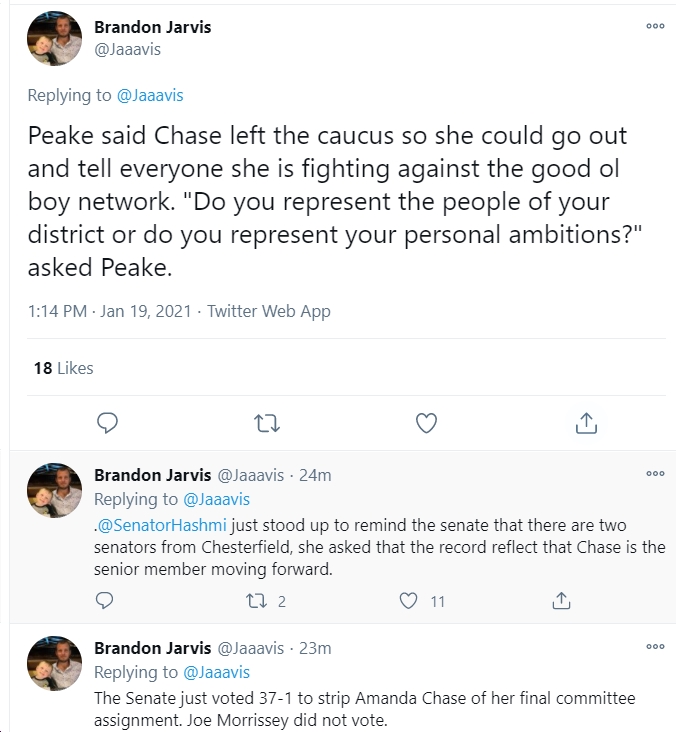 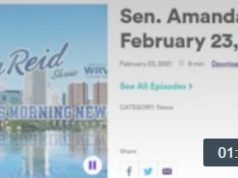 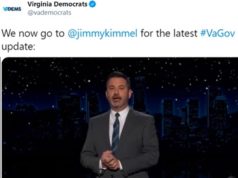 Amanda Chase Responds to “Joking Jimmy” Kimmel After He Calls Her “Dumb” For Not Wearing a Mask, Being Forced to Sit in a “Plexiglass...