The Republican candidates for governor of Virginia clearly must think they have a winning issue, as they’re all clamoring for the immediate – or VERY rapid – reopening of schools, despite the COVID-19 pandemic.  See below for a few examples of what I’m referring to – whether we’re talking about Amanda Chase, Pete Snyder, Kirk Cox, Glenn Youngkin or whoever.  Now, one can debate whether or not in-person schooling right now would be smart from a health perspective, but let’s just focus for a minute on the politics of this…and specifically, is it smart politics for Republican gubernatorial candidates to be pushing hard to “reopen our schools?” Here are a couple data points indicating that the answer is “yes and no.” 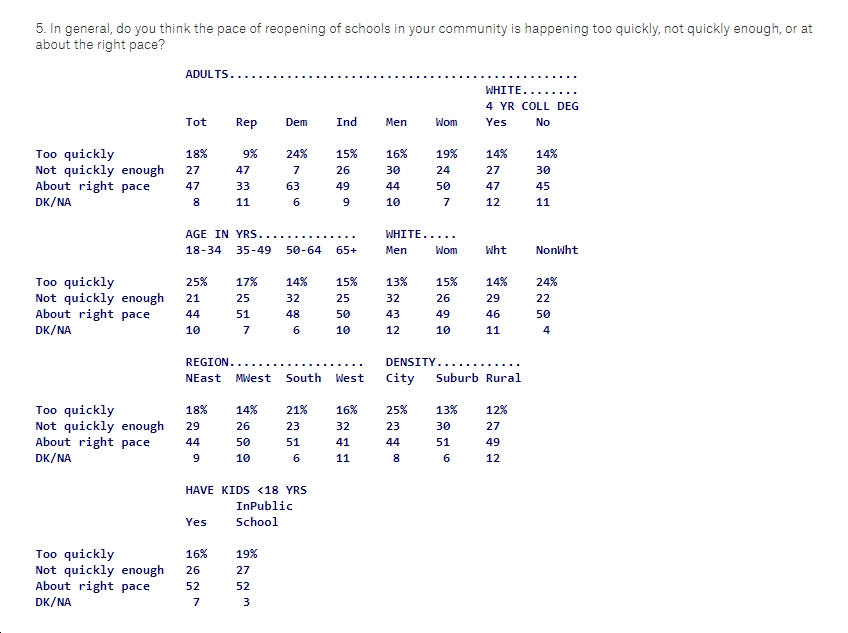 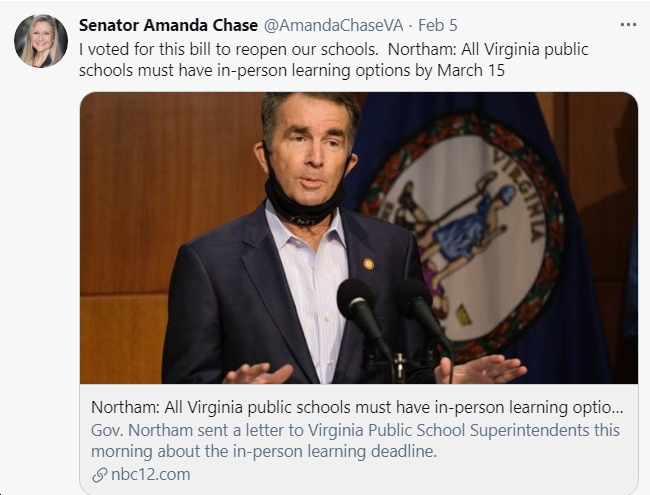 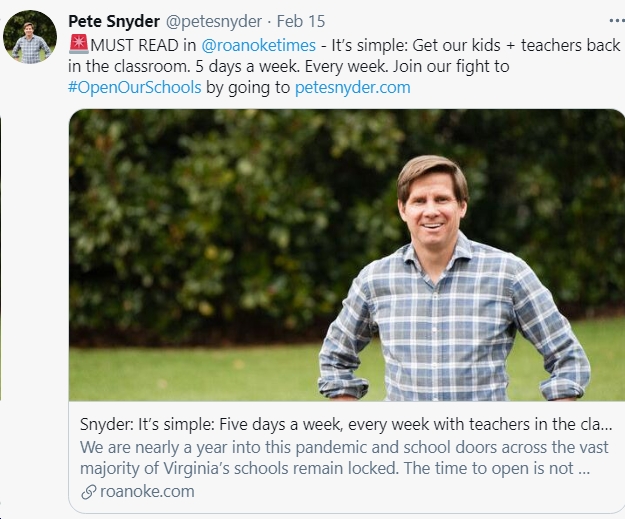 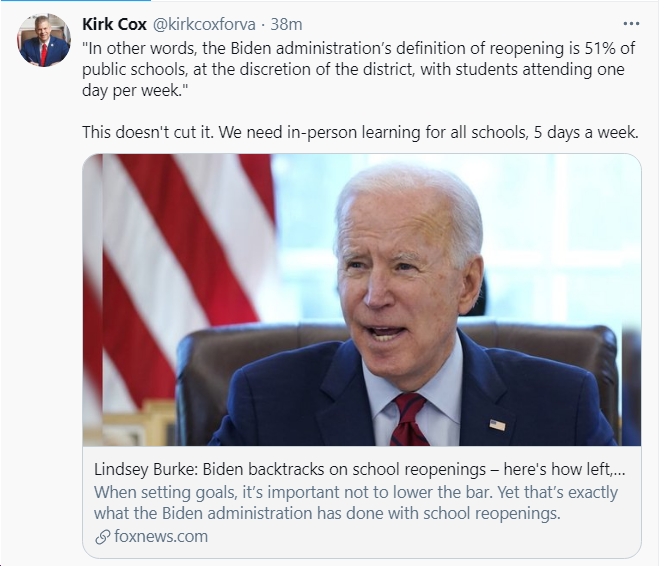