See below for some interesting info about the 2021 Virginia General Assembly and legislators’ “batting averages,” courtesy of VPAP. Keep in mind as you look at these that – as I wrote last March – there are many caveats.

Overall, in the 2021 General Assembly, 57% of introduced bills ended up passing. 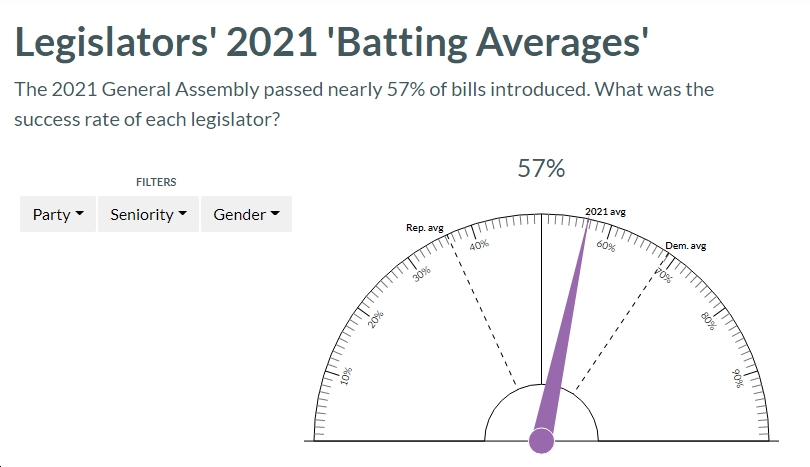 Not surprisingly, given that they’re in the minority and have lurched to the far right,  Republicans’ “batting average” is far lower than the average, with just 36% of Republican bills introduced eventually passing. 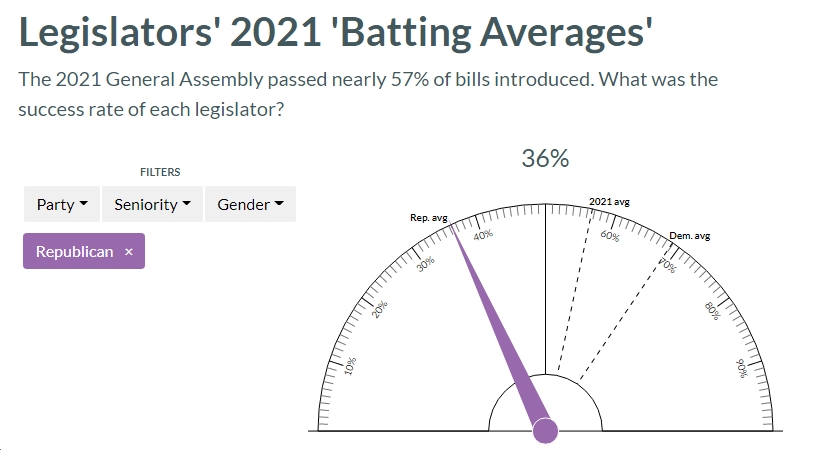 Democrats, in the majority and much more in the mainstream of public opinion on issue after issue, ended up with 69% of the bills they introduced getting passed. 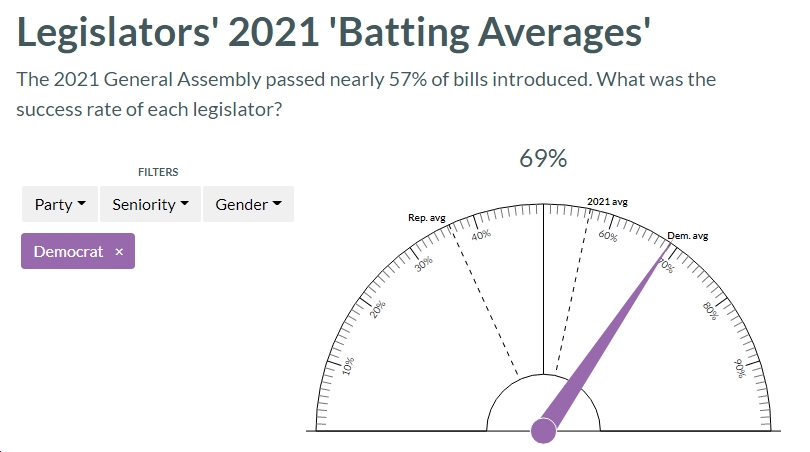 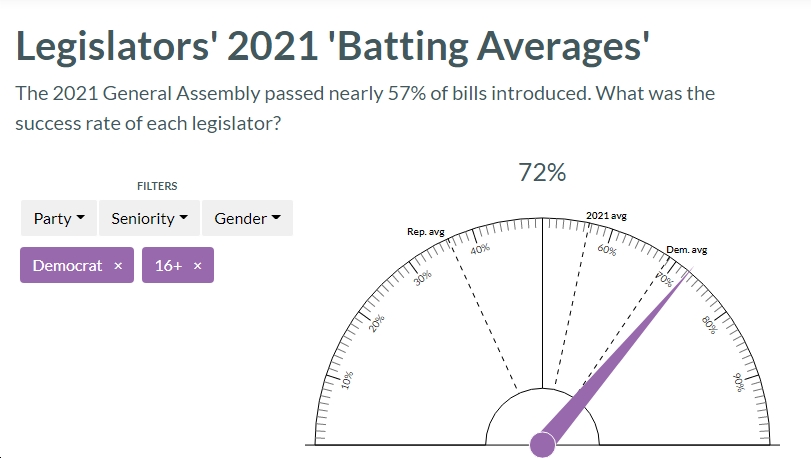 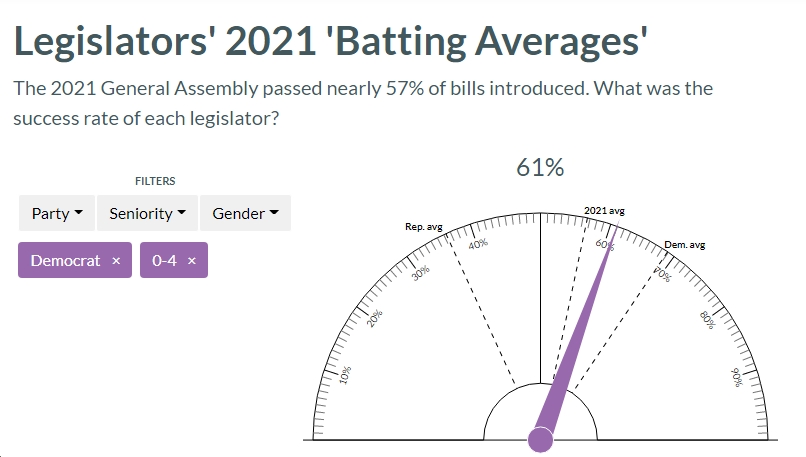 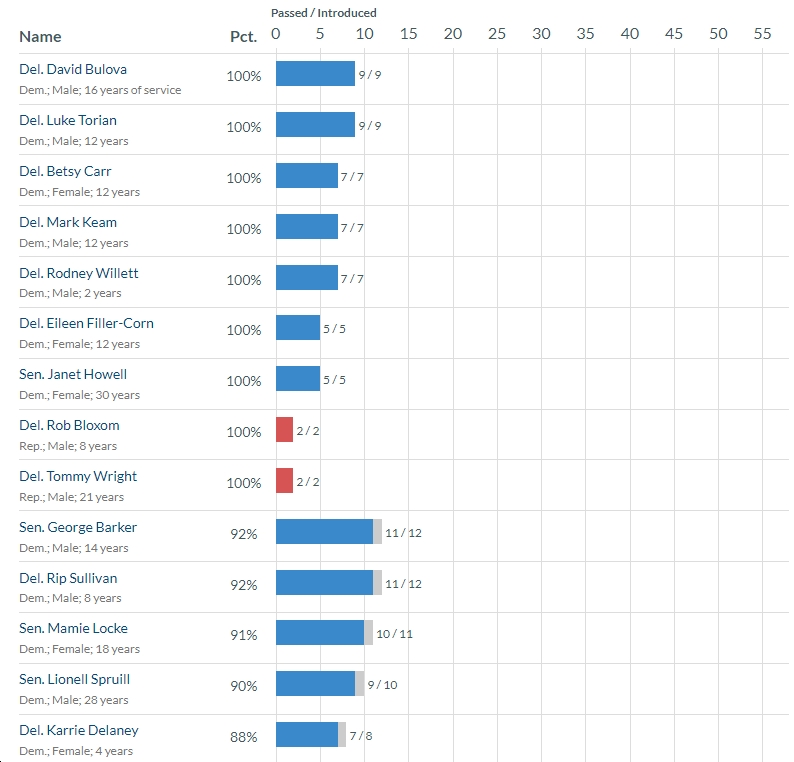 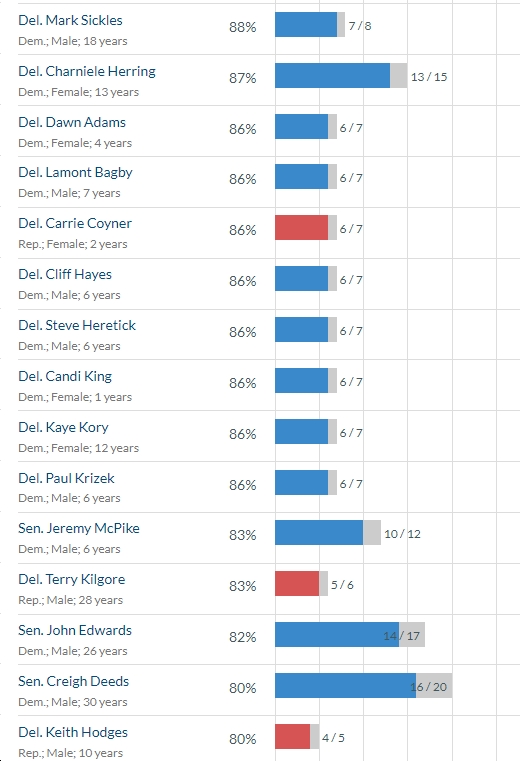 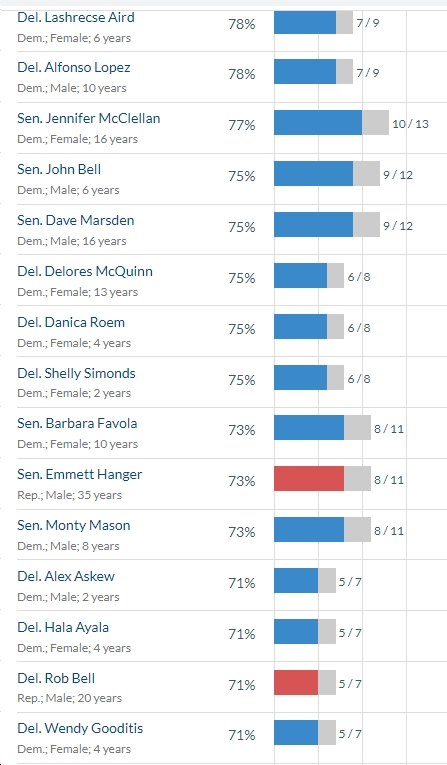 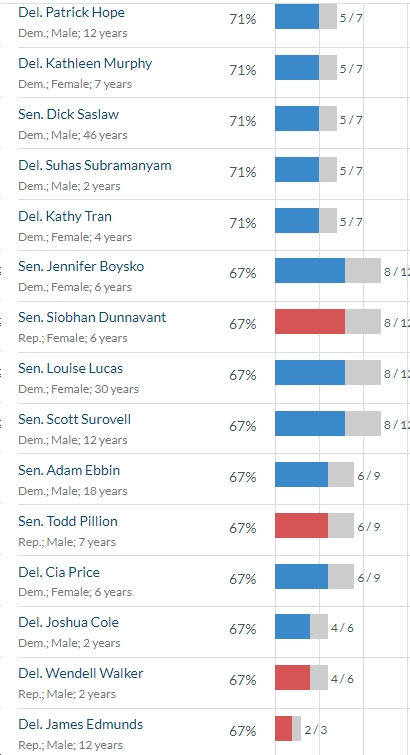 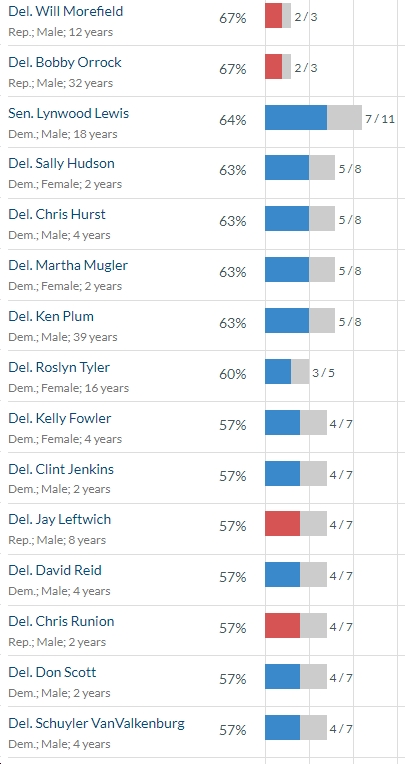 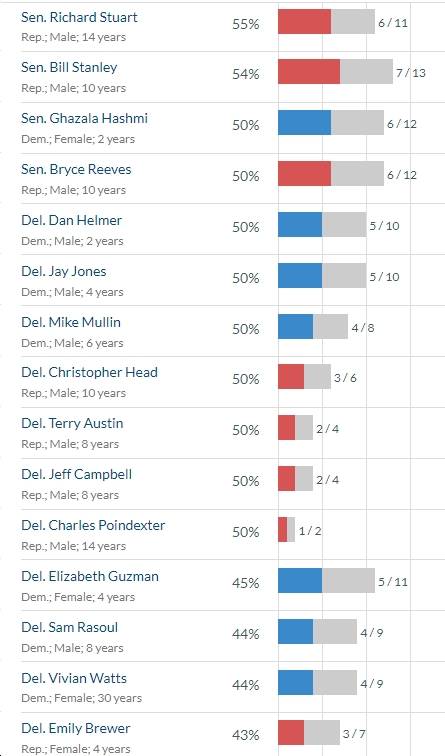 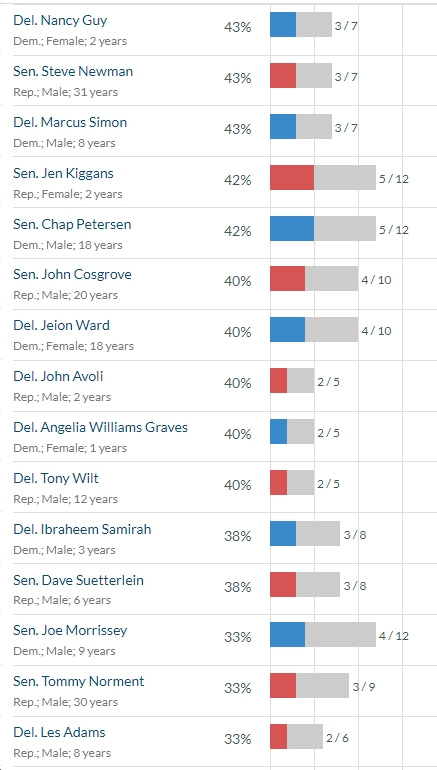 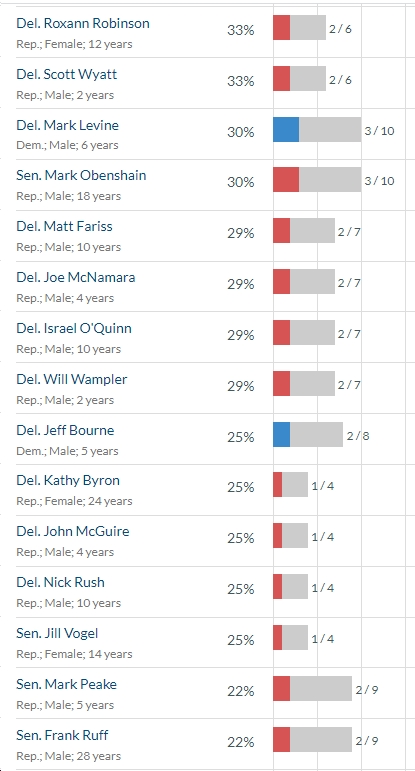