AS SARAH SANDERS SIGNS OFF, A LOOK BACK AT HER BIGGEST LIES

Also see Tweets, lies and the Mueller report: Sarah Sanders’ lowest moments (“Few aides have been as willing to step out in front of the world’s media and defend Trump, no matter what he has said or done”); 9 Times Sarah Sanders Straight-Up Lied to the Press (“Sanders’ relationship with the press was contentious at best and confrontational at worst.”); Sarah Sanders keeps digging herself in deeper after Mueller showed she lied (“The press secretary is now lying about lies.”); etc.  As for her endorsement of Pete Snyder for Governor of Virginia, it’s of course appalling, but even worse is that in today’s extremist Trump GOP(Q), an endorsement from this Trump enabler and lying liar (including about lying itself) will probably give Snyder a nice boost. 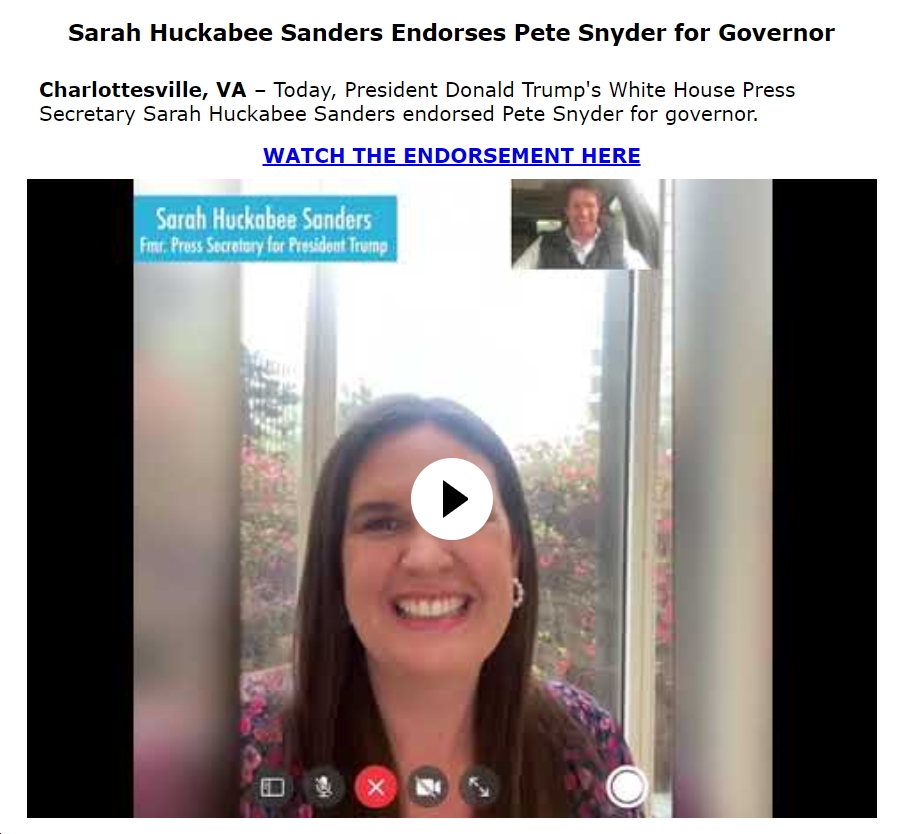 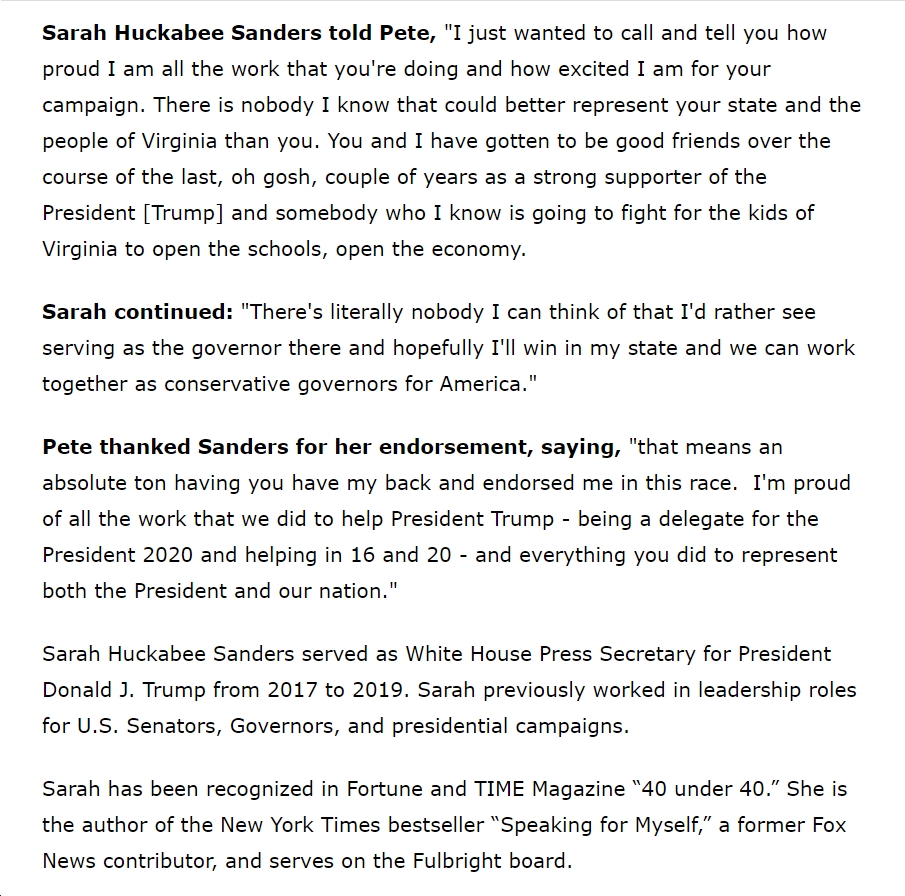