See below for an excellent, informative Twitter thread by Charlotte Clymer which definitively demolishes the recent right-wing freakout about Dr. Seuss supposedly being “canceled” by Loudoun County Public Schools. For a prime example of that right-wing freakout, check out the following video by 2021 VA GOP gubernatorial candidate Pete Snyder (for more on this guy, see here, for a story Blue Virginia broke on Sunday, of Snyder saying he won’t stand for his daughter getting cut from her lacrosse team b/c of “someone who two weeks ago used to be a dude”). Sounds like Snyder’s been watching too much Fox (News) in Socks, lol.

Anyway…thanks to Charlotte Clymer for using that “remarkable tool for verifying claims” (as she snarkily calls it) called “Google” (has Snyder, who supposedly is a social media expert, ever heard of it? used it? LOL) and finding that “[Loudoun] County Public Schools kept the books, still display them, still allow kids to check them out, but simply don’t want to hold them up as THE central gateway to childhood literacy because of demonstrable racist depictions.” Maybe when Snyder figures out how to use Google, he could use the internet’s most popular search tool to check out “safe space,” because he clearly seems t need one! Heh.

Under pressure from the woke mob @lcpsofficial is trying to ‘de-emphasize’ Dr Seuss books on #ReadAcrossAmericaDay. Oh the places they’ll go, to deny the science, appease radicals, & continue to cause irreparable harm to VA’s children. #OpenOurSchools. pic.twitter.com/Tqf0CAF1Cm 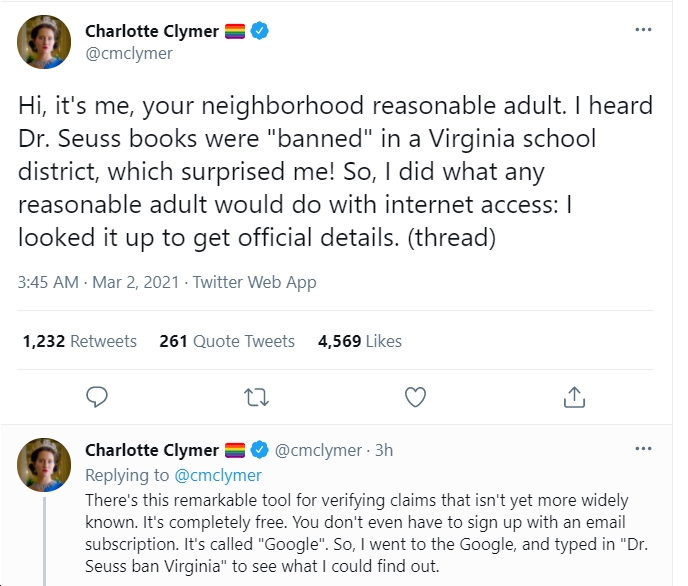 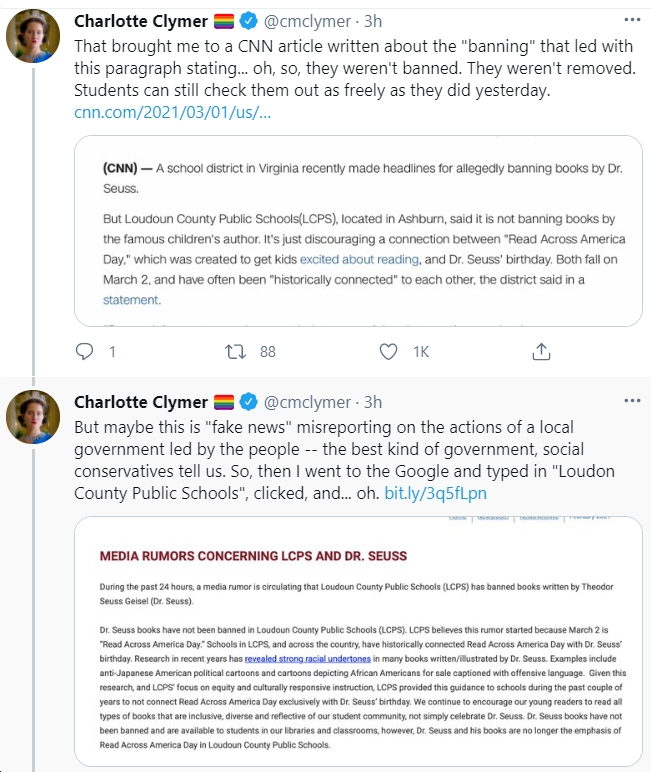 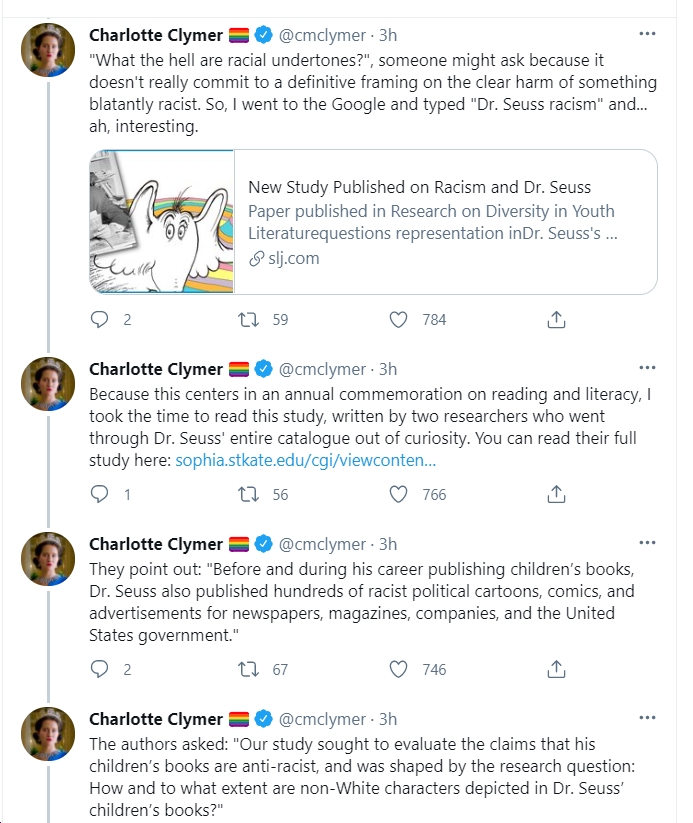 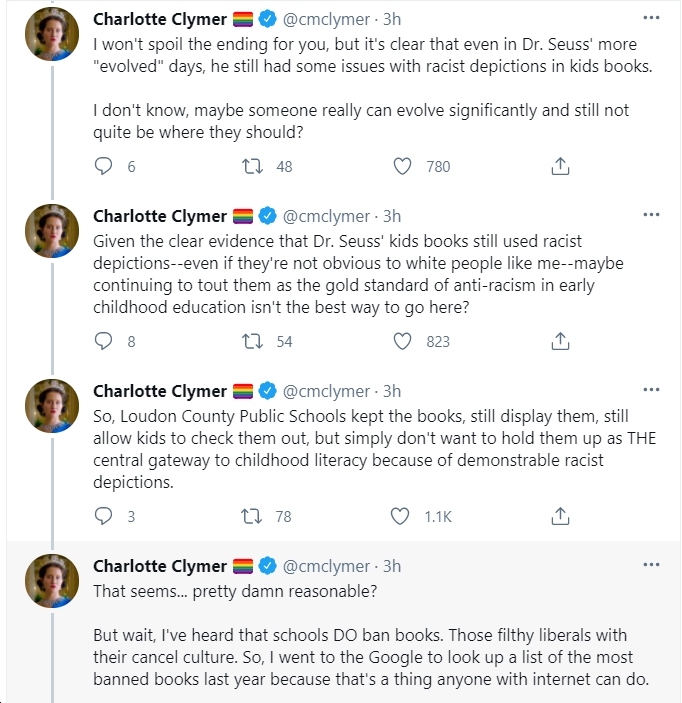 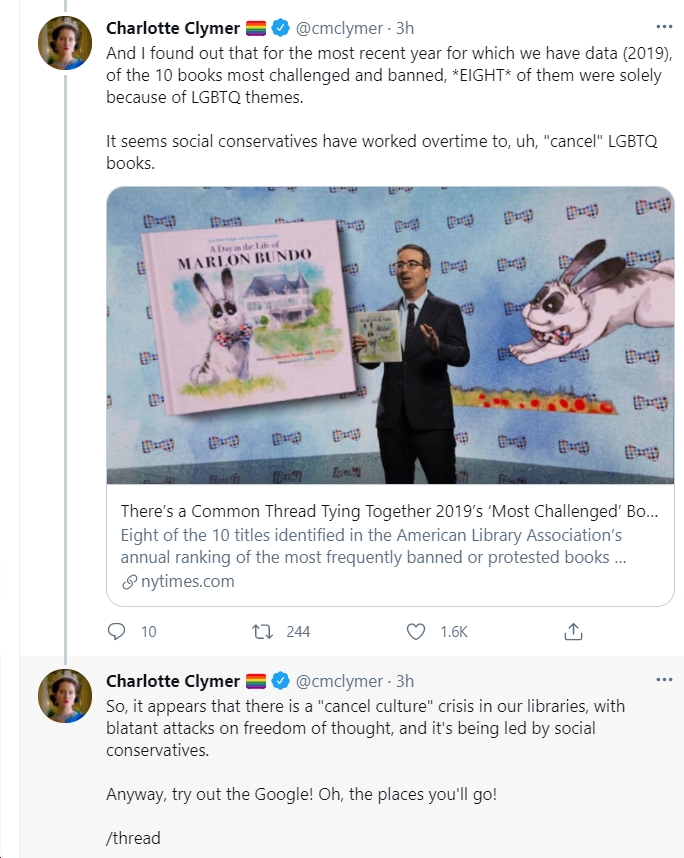