It’s disgusting, of course, but sad to say, it’s not at all surprising: like clockwork, the Virginia GOP’s gubernatorial contest is now heading into nasty, Trump-style immigrant-bashing rhetoric. See below for the latest from one of the leading contenders for the nomination – Pete Snyder. Of course, as we pointed out yesterday, Snyder has been criticized by his Republican rivals for supposedly not being anti-immigrant and Trumpian *enough*, so now he’s overcompensating in order to prove how strongly anti-immigrant he really is? See below for Snyder’s new ad and press release, in which he spews out xenophobia and outright lies, such as:

Snyder also goes after “paying for in-state tuition for illegal immigrants”; “sanctuary cities that refuse to take violent illegal immigrant criminals off our streets”; etc. In other words, the usual, nasty, Trump/Cuccinelli/Gillespie-style immigrant bashing. Fortunately, given that Trump, Cuccinelli (who has endorsed Snyder and who compared immigrants to rats) and Gillespie all LOST statewide elections in Virginia, it doesn’t appear that Snyder’s immigrant bashing would be effective in November. But in a Republican nominating contest, in which a disproportionate percentage of votes will be cast by diehard Trump supporters? Sure, it could work. And that basically tells you all you need to know about today’s Republican Party…

P.S. It’s not just anti-immigrant rhetoric; see here for Snyder the other day launching into some nasty, anti-transgender rhetoric, saying he won’t stand for his daughter getting cut from her lacrosse team because of “someone who two weeks ago used to be a dude.” Yuck. 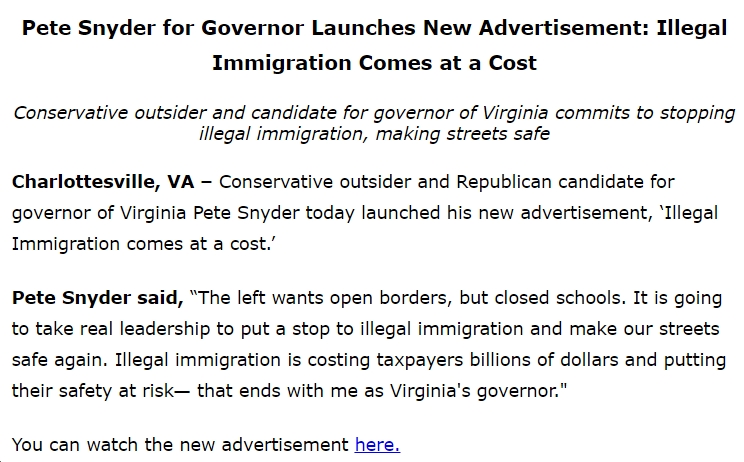 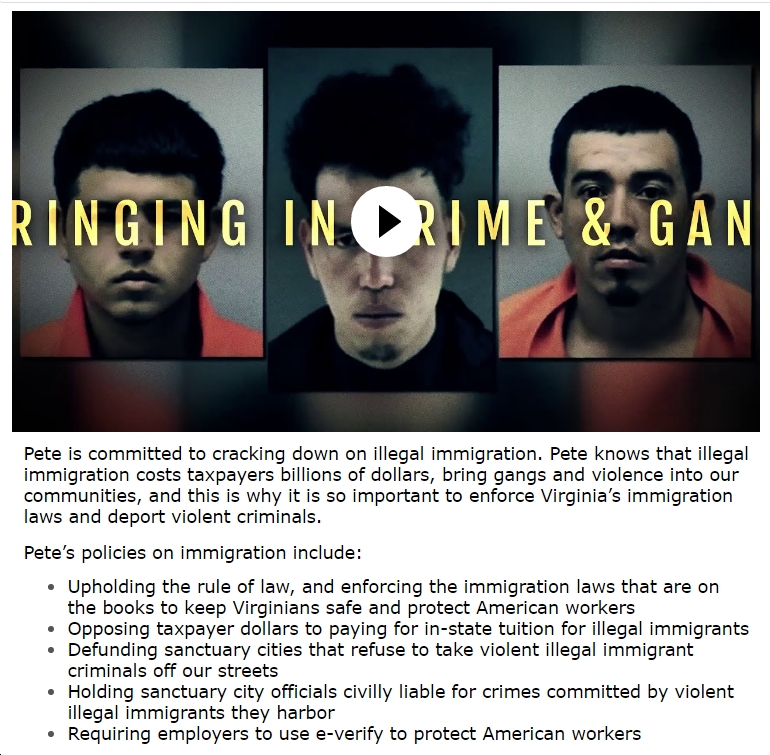