It’s really astounding, when you think about it; back in the 2005 Virginia gubernatorial election, Tim Kaine was viciously attacked (in the infamous “Hitler ads”) for *not* supporting the death penalty. At the time, Kaine fired back that while he *personally* (as a devout Roman Catholic) opposed the death penalty, he would *of course* carry out the law if he were elected governor. Fast forward 16 years, and Virginia’s Democratic-controlled legislature and Democratic Gov. Ralph Northam are repealing the death penalty in Virginia. Amazing to see how far we’ve come, and yet another example of how important elections and voting are, as well as how different the two parties are. With that, see below as Gov. Northam signs legislation (at Greensville Correctional Center, which houses Virginia’s execution chamber) repealing the death penalty into law. 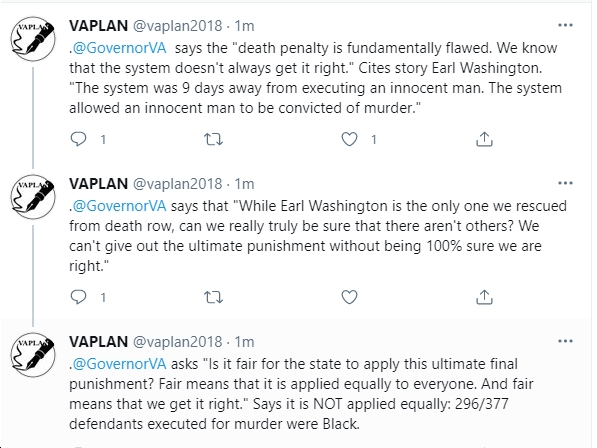 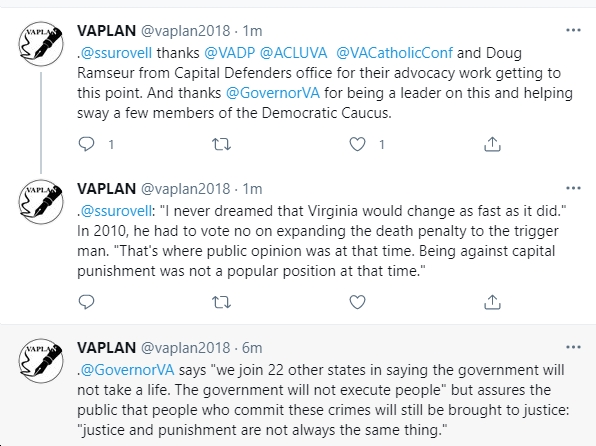 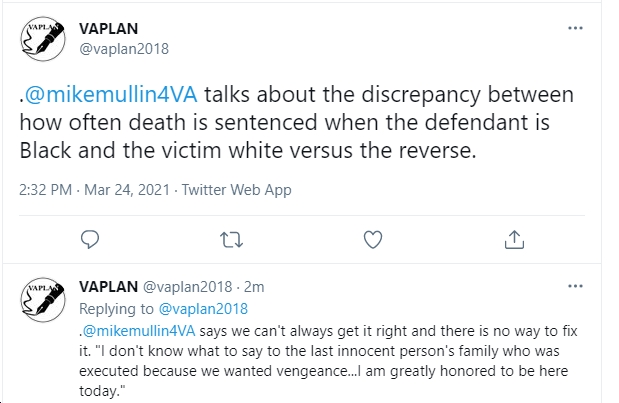