Thanks to Richmond Times-Dispatch reporter Sabrina Moreno for highlighting this important new report by the Virginia Department of Health, which came out on March 3. As Moreno summarized:

Other highlights from the report include the following (bolding added for emphasis): 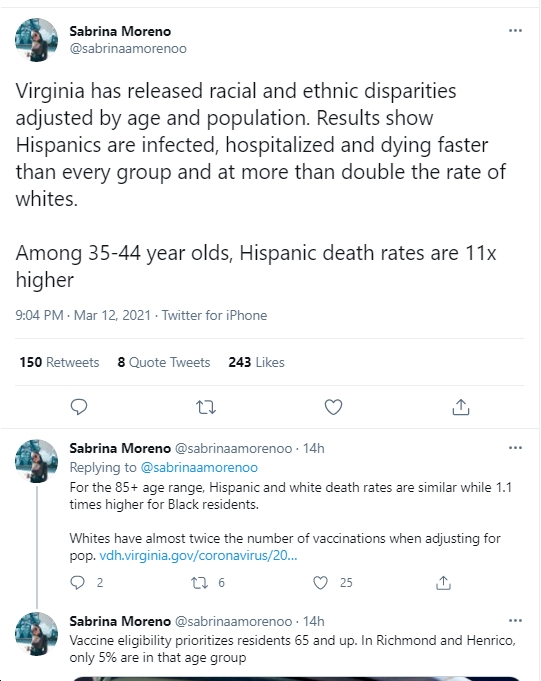