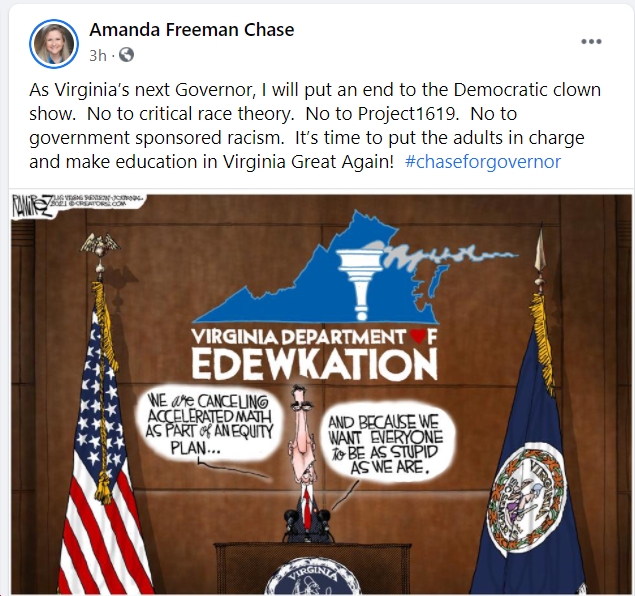 Critical race theory offers a way of seeing the world that helps people recognize the effects of historical racism in modern American life. The intellectual movement behind the idea was started by legal scholars as a way to examine how laws and systems uphold and perpetuate inequality for traditionally marginalized groups. In Richard Delgado and Jean Stefancic’s book Critical Race Theory: An Introduction, they define the critical race theory movement as “a collection of activists and scholars interested in studying and transforming the relationship among race, racism, and power.”

Scholars who work with CRT, however, say it has become an indispensable and widely accepted tool for properly understanding the state of the nation—but they’re not surprised by Trump’s attitude toward it.

“I think this is another part of the general approach that Donald Trump is taking to campaign to try and separate and divide folks along racial lines and to try to create division instead of really addressing what our core issues are in our nation,” says Ocen, who also notes that President Barack Obama’s relationship with Derrick Bell was weaponized in previous campaigns against Obama.

“It has become a common epithet, particularly on Fox News: Any allegation of racism, even the most obviously true, is ‘critical race theory.‘…

And this article’s good too:

Enter Trump. To millions of white, blue-collar Americans, his relentless criticism of powerful “globalist” and “multiculturalist” elites – straight out of a critical theory textbook – exposed the hidden power structures responsible for the disintegration of their families, communities and livelihoods.

Trump’s attacks on the establishment resonated with millions of marginalized, downtrodden Americans who were primed to discount and discredit anything that “liberal elites” sought to foist upon them.

So yeah, as usual with Republican “culture-war” issues, this one is wildly exaggerated and distorted, then used cynically by Republicans in order to stoke their base’s passions…including racism. And with just over a week to go until Virginia Republicans nominate their candidate for governor, that’s exactly what Kirk Cox, Pete Snyder, Glenn Youngkin and Amanda Chase are up to with “critical race theory,” “Project 1619,” etc, etc. 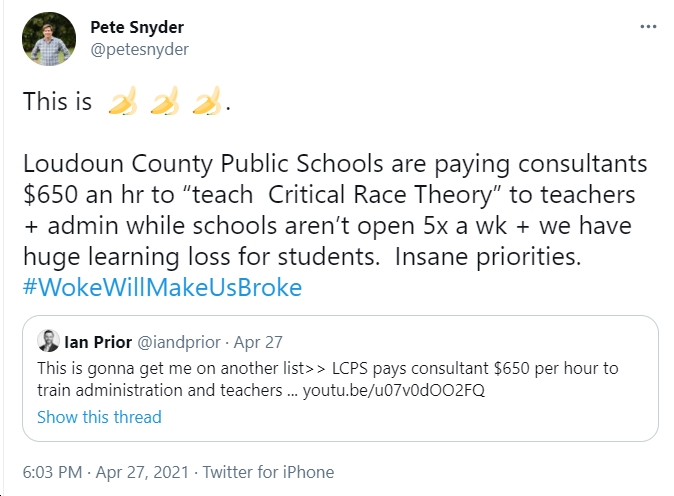 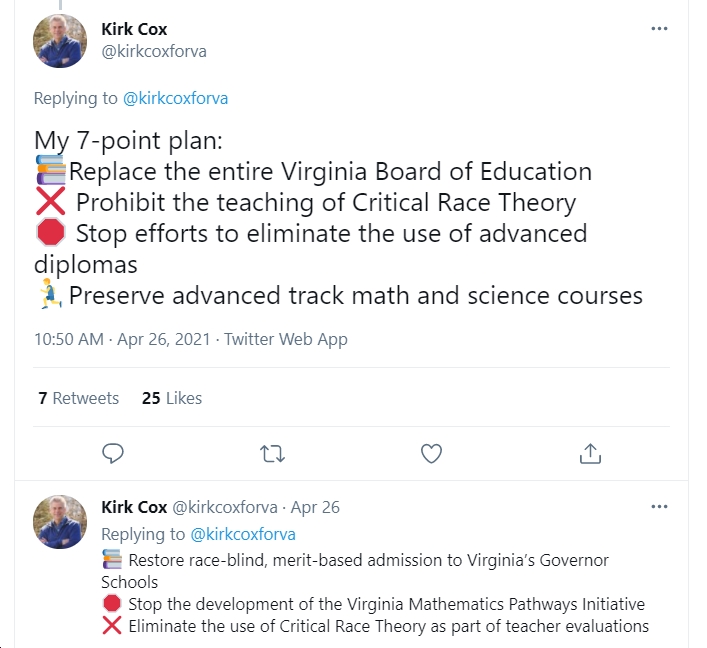