C’mon, admit it, you didn’t want to through an entire weekend without hearing from Virginia State Senator Amanda Chase (R). Right? I mean, where else can you get the kind of consistent, high-quality entertainment that she provides? OK…well…maybe not, come to think of it. 🙂  On the other hand, Chase does have a way with words when it comes to eviscerating the Virginia GOP, and for a strongly pro-Democratic site like this one, that in and of itself is worth checking out. So…see below for Chase’s latest email, in which she provides an “Update on RPV’s Epidemic of Corruption.” Here are a few highlights – enjoy! 🙂

As always, the question is, why would anyone in their right mind vote for a slimy, extremist party like this?!? 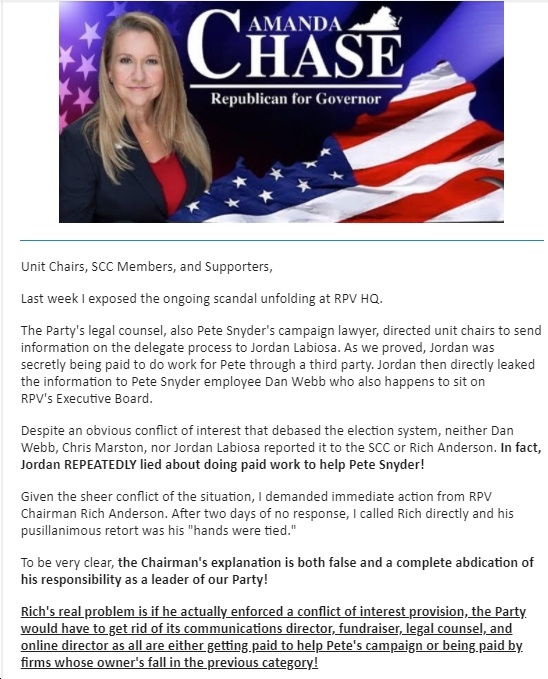 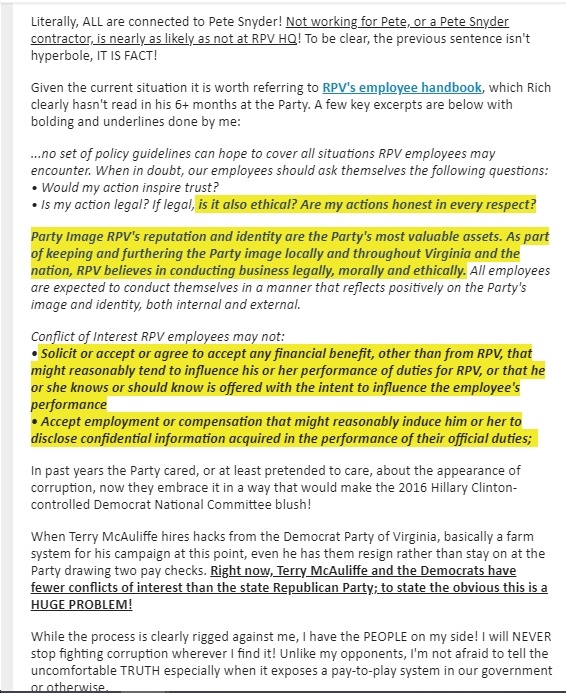