Yesterday, I posted word clouds for Virginia Democratic and Republican gubernatorial candidates. Today, let’s look at the Lt. Governor candidates – Democrats Hala Ayala, Elizabeth Guzman, Mark Levine, Andria McClellan, Sam Rasoul, Sean Perryman, Xavier Warren – and three of the leading Republican candidates – Tim Hugo, Glenn Davis and Winsome Sears. As with the governor candidates, the transcripts – taken from recent stump speeches – come from YouTube, which tends to be good at this, although of course not perfect. Still, this should give you a decent idea what different candidates are emphasizing in their stump speeches, with Democratic primary voting set to start in just 19 days, and the Republican convention coming up on May 8th. 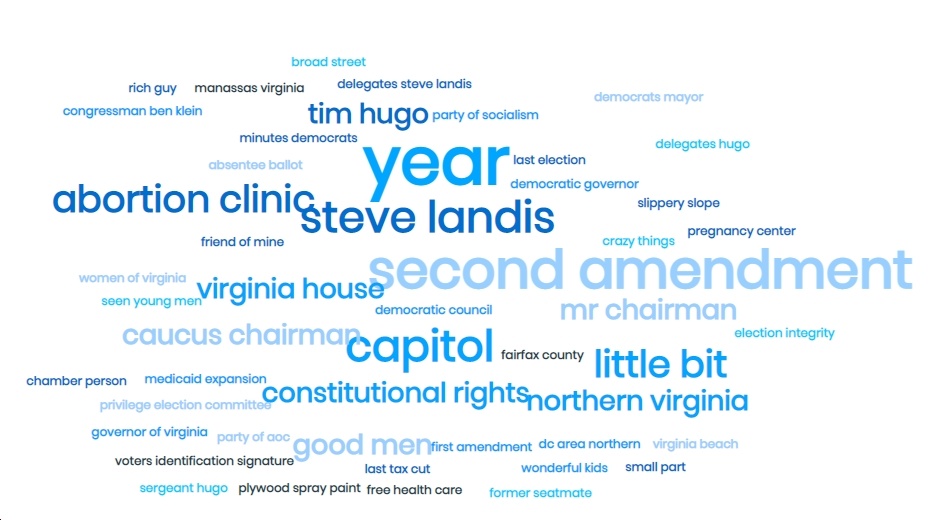 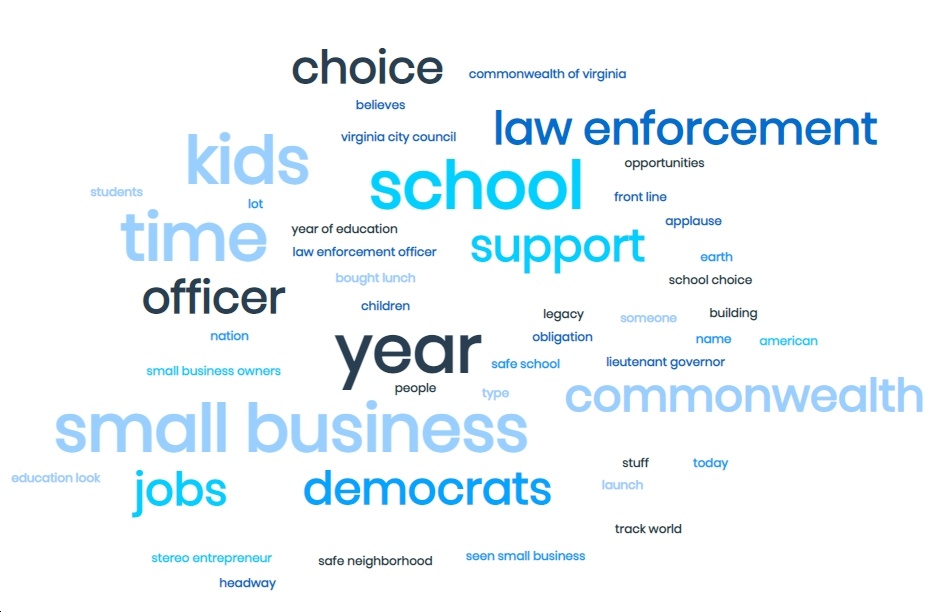 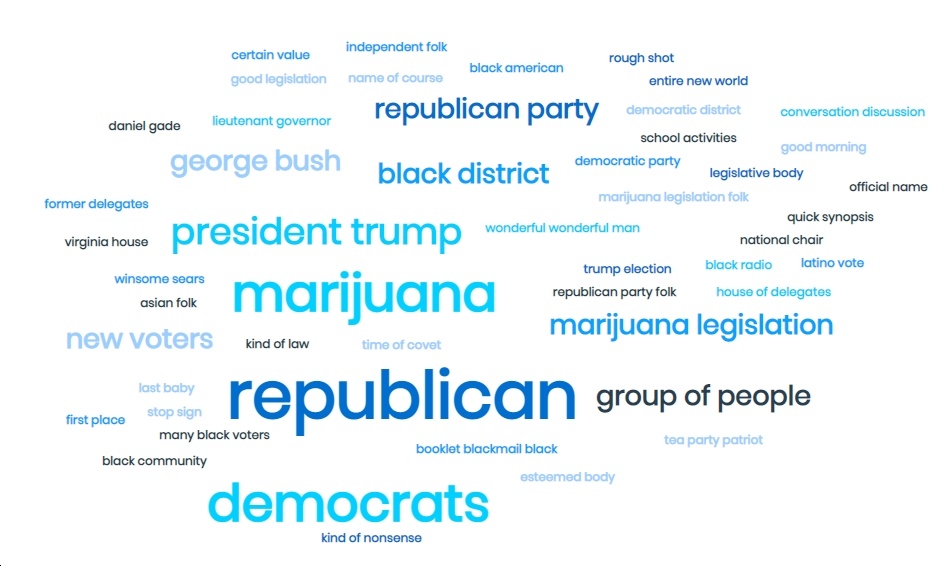 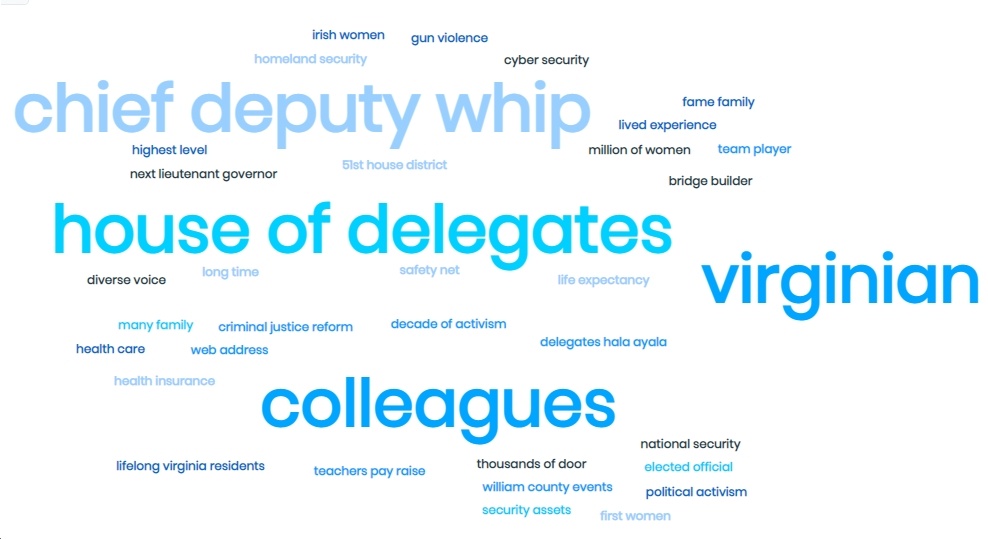 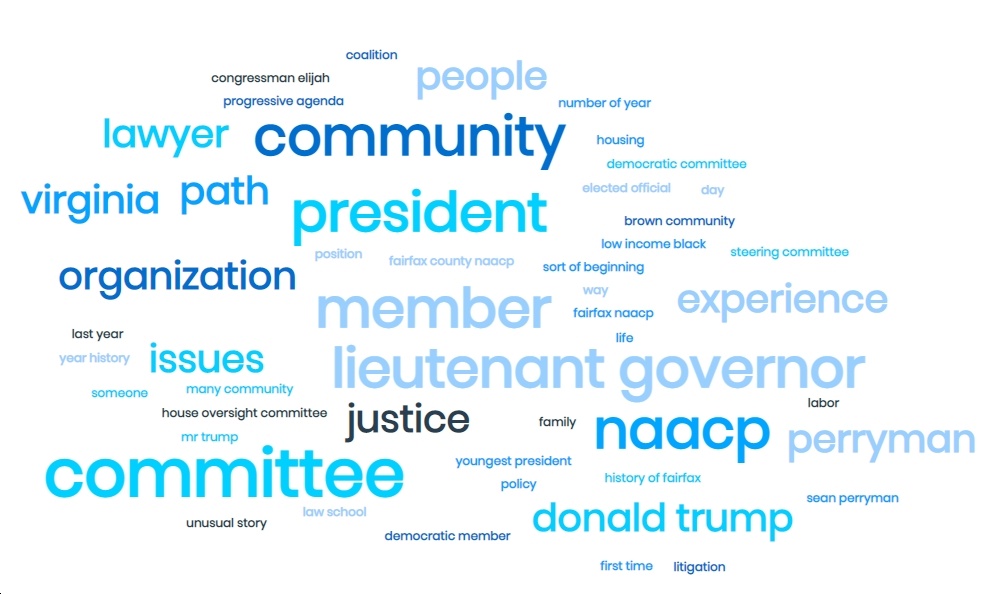 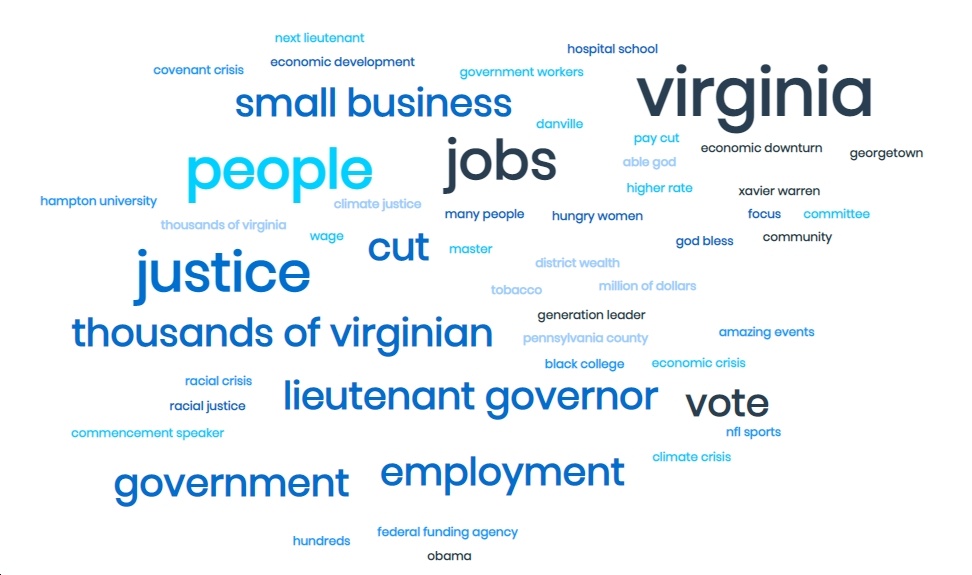