With the Republicans having selected their 2021 statewide governor/LG/AG ticket, where do things stand right now? See below for a few thoughts and predictions, including from State Senator Scott Surovell, Del. Marcus Simon, former LG Bill Bolling, political analysts Ben Tribbett and Chaz Nuttycombe, PredictIt, etc.  My thoughts are that:

P.S. The good news is that I haven’t heard a single Democrat acting overconfident or complacent by any means… 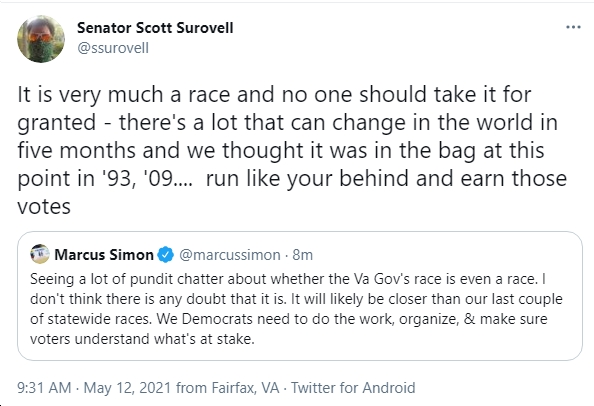 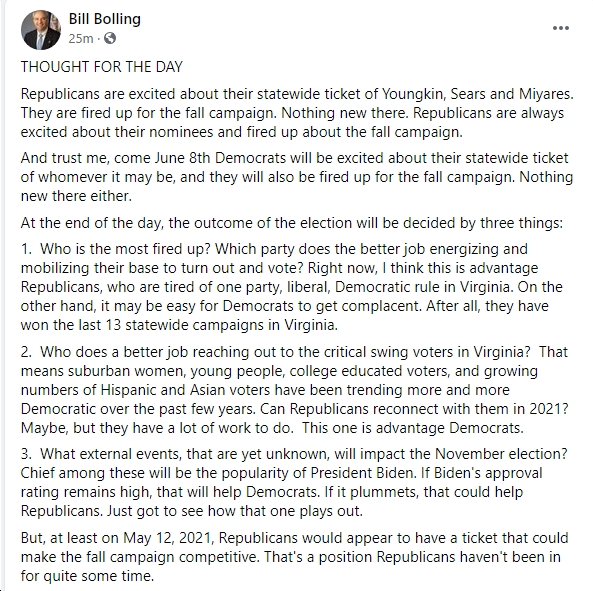 Recap of GOP Governor convention and a preview of the TMac-Youngkin race. pic.twitter.com/BrlFZXSTQj

.@WinsomeSears is the VA GOP Lieutenant Governor nominee. Like the rest of the ticket, she'll have to run more toward the middle to boost her chances of winning the statewide contest.#VAGov, #VALG, #VAAG are all Lean Democratic: they're the most competitive elections in 2021. pic.twitter.com/tnYYKRuGHr 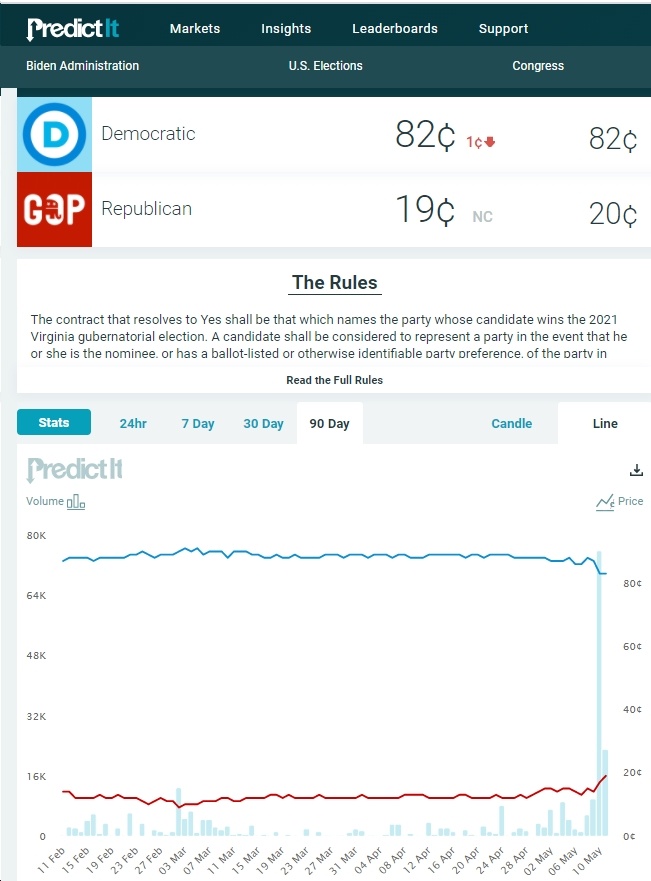 "Fuentes is not someone who has slipped under the radar. If you follow the base, you can’t somehow not see it, just like you can’t pretend groups like the Proud Boys and Oath Keepers aren’t gaining ground in these same online spaces, too." - @costareports https://bluevirginia.us/2022/11/saturday-news-western-sanctions-catch-up-with-russias-wartime-economy-trumps-latest-dinner-guest-nick-fuentes-white-supremacist-elon-musk-and-the-narcissism-radicalization-ma#comment-6050400129