See below for some predictions – by former Republican Del. Chris Saxman (on his Substack blog “The Intersection”); as well as Ben “Not Larry Sabato” Tribbett, elections analyst Chaz Nuttycombe and Republican operative Matt Colt Hall (from this podcast by Chaz/Cnalysis). I’ll put my thoughts/predictions on each one as well… 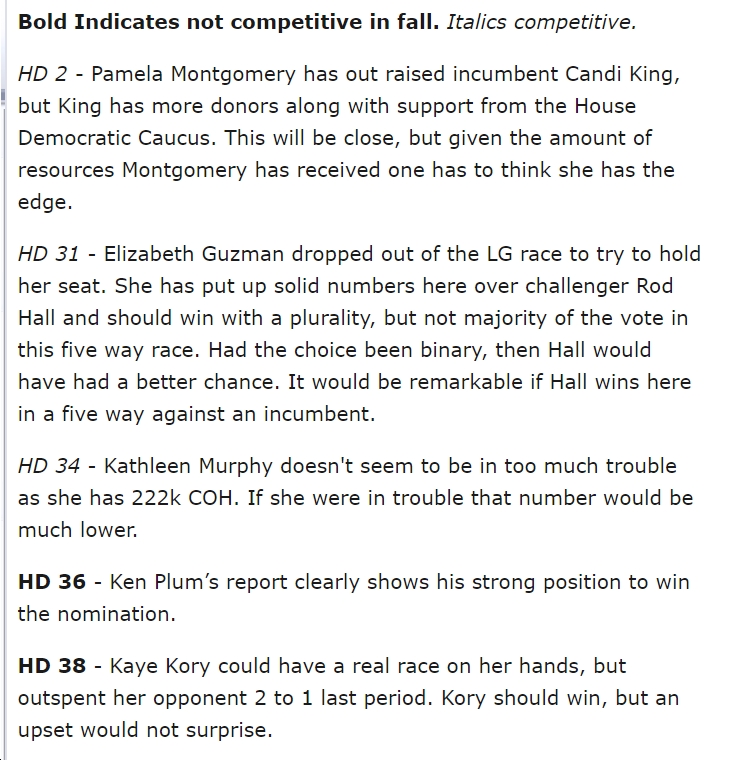 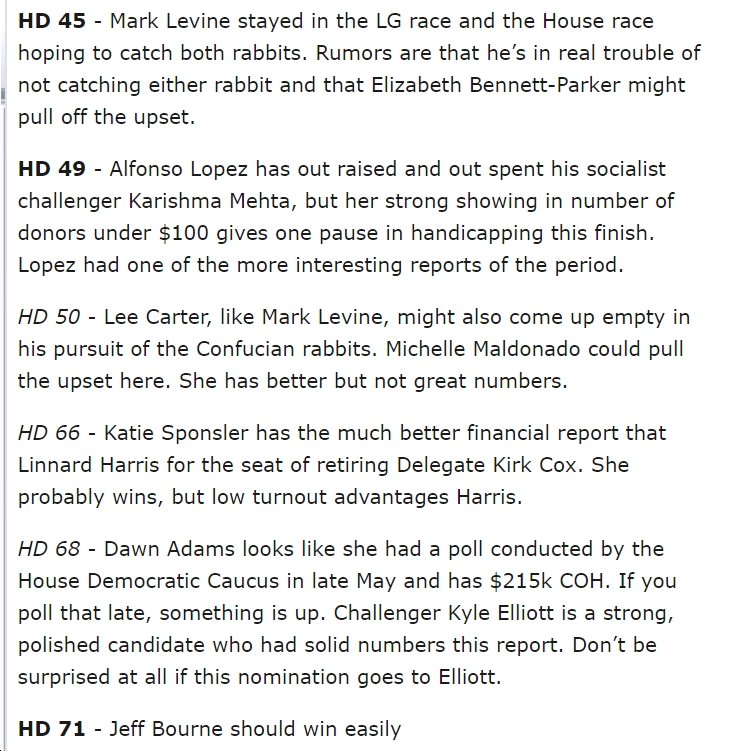 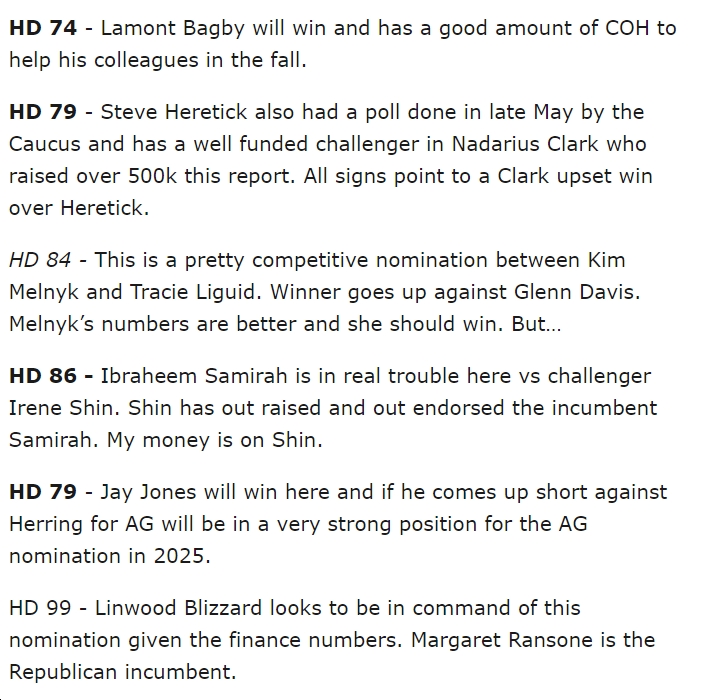 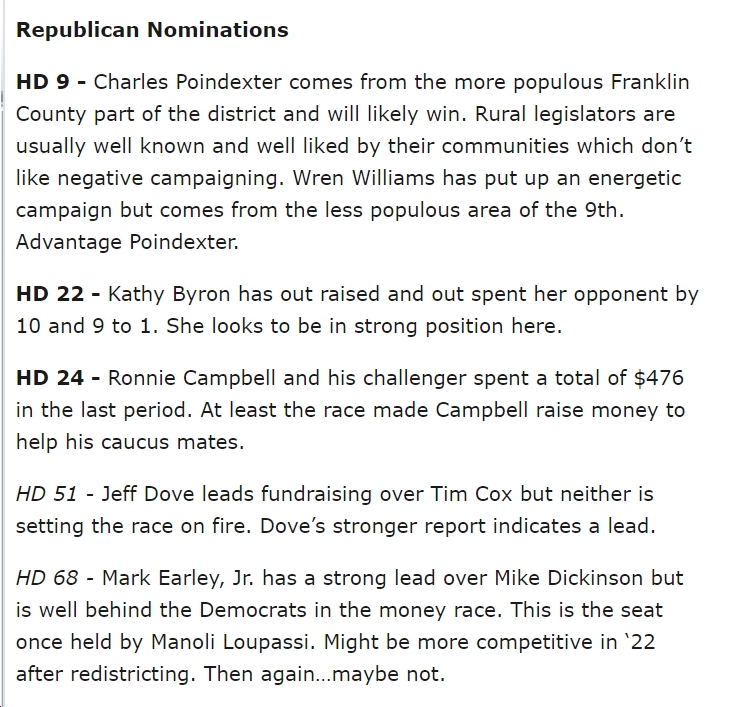 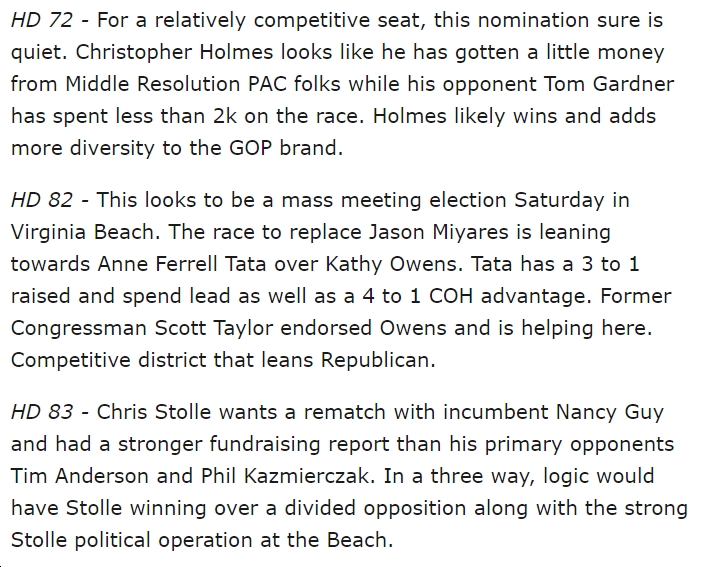