According to American Bridge 21st Century:

A newly filed campaign finance report from Friends of Mike Cherry reveals the Republican candidate to replace Kirk Cox in Virginia’s 66th House District held a campaign fundraiser worth over $7,300 at Dellwood Plantation. The plantation, which lists Cherry as a preferred vendor for wedding officiants, boasts of sharing in the “rich Civil War heritage of the Commonwealth of Virginia, having been used during the conflict between the states as a meeting place to plan war strategy by Confederate Generals.” On April 24, the event coordinator at Dellwood Plantation gave Cherry’s campaign an in-kind contribution of $6,000 for “event expense.” The same day, Cherry hosted a fundraiser with Daniel Gade and Kimberly Kacick in Chesterfield, Virginia, where Dellwood Plantation is located. Three days later Friends of Mike Cherry paid over $1,300 to Dellwood Plantation for an “event expense.”

Note that this district, HD66, went by 14 point to Tim Kaine over Corey Stewart in 2018, so it’s definitely winnable.  The Democratic candidates to take on Republican Mike Cherry this fall are Katie Sponsler and Linnard Harris. Let’s make sure that whichever one of them is the nominee wins in November! 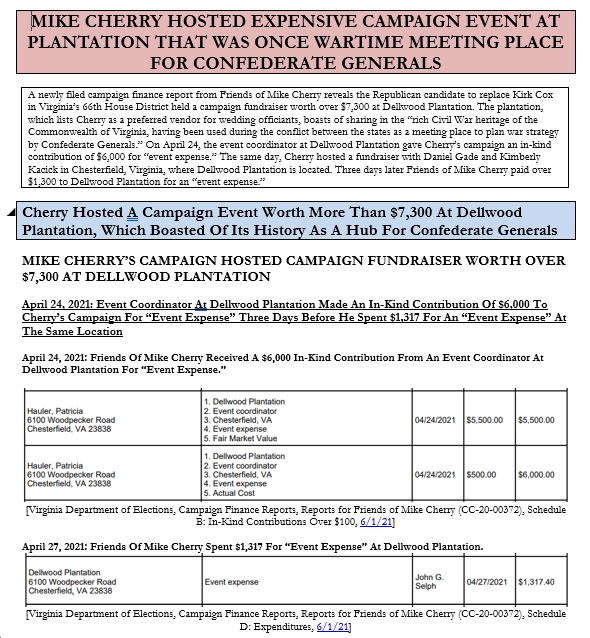 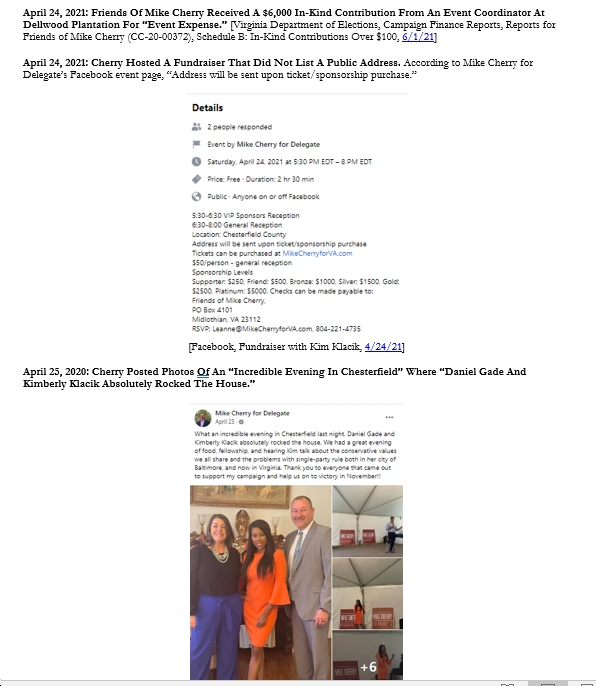 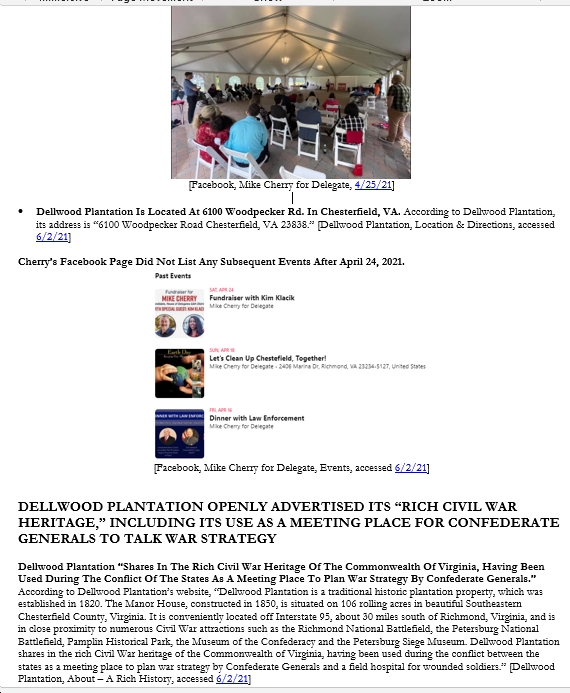 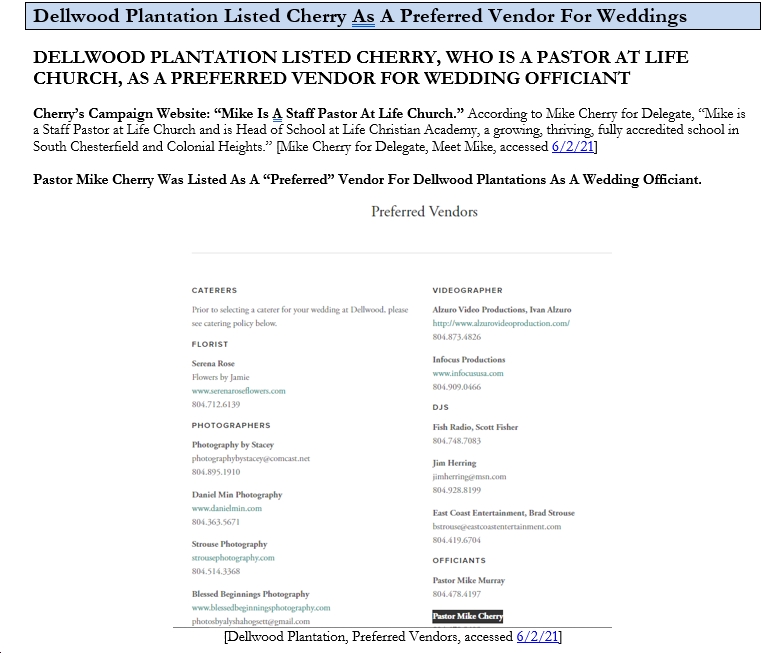