The other day, I posted that Republican gubernatorial nominee Glenn Youngkin spent $861 per raw vote received on the first ballot at the VA GOP’s “unassembled convention” and $2,152 per weighted vote. How does that compare to Democratic statewide candidates’ money spent per vote received?  See below for some graphics, with data  from VPAP through May 27. A few highlights include: 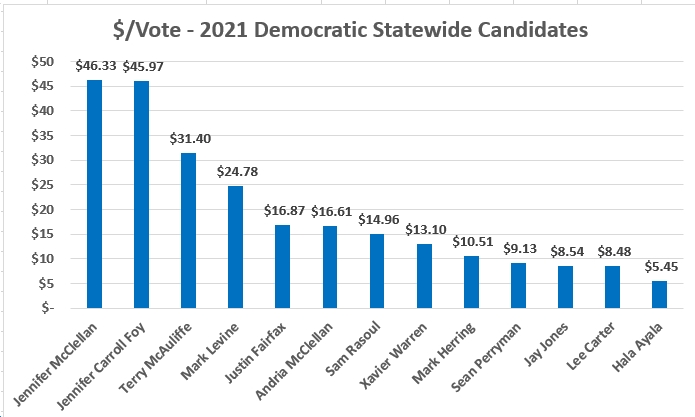 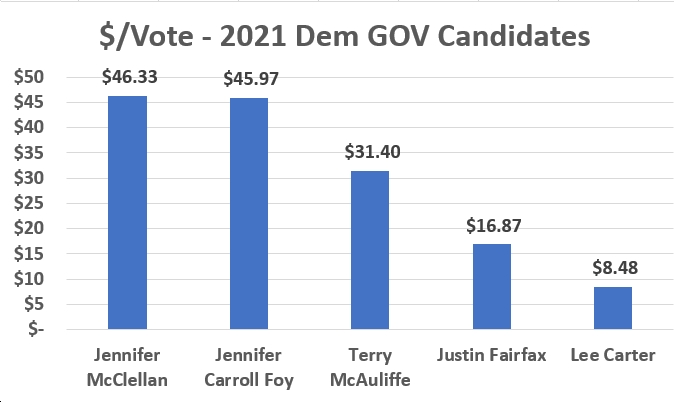 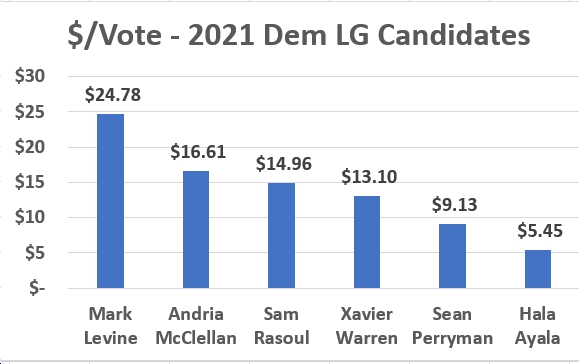 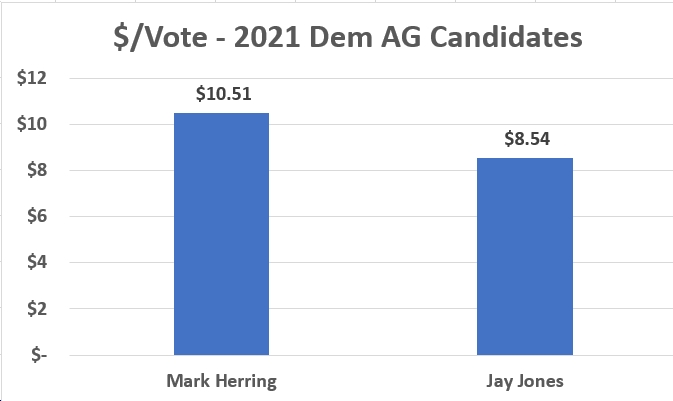