With Virginia now flush with billions of dollars in American Rescue Plan funds flowing in, Gov. Northam has called a special session of the General Assembly for August 2 to consider how to allocate it. As Gov. Northam says, “We have an opportunity to make generational investments in Virginia’s future” with this money. The question is, how exactly should this money be allocated? Obviously, this is the kind of problem we *want* to have, but that doesn’t mean it’s an easy thing to figure out. For some perspective, data and a few thoughts, see below for video of yesterday’s House of Delegates Appropriations Committee meeting, as well a bunch of facts and figures, including: 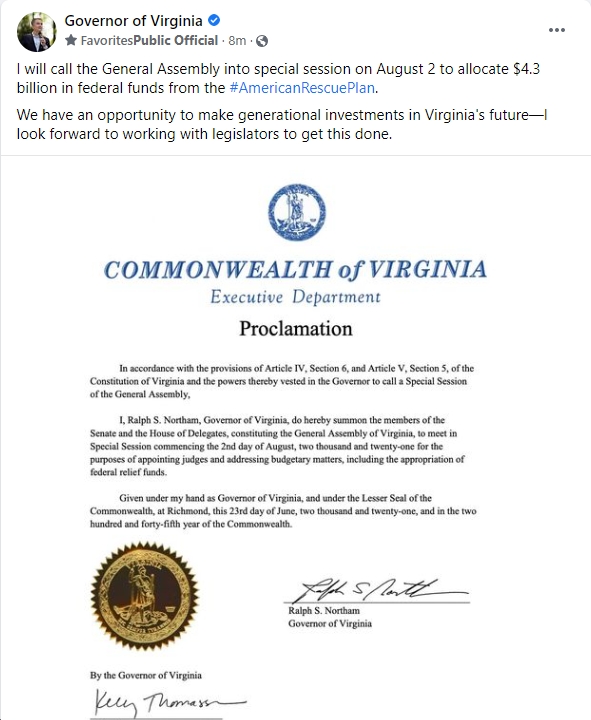 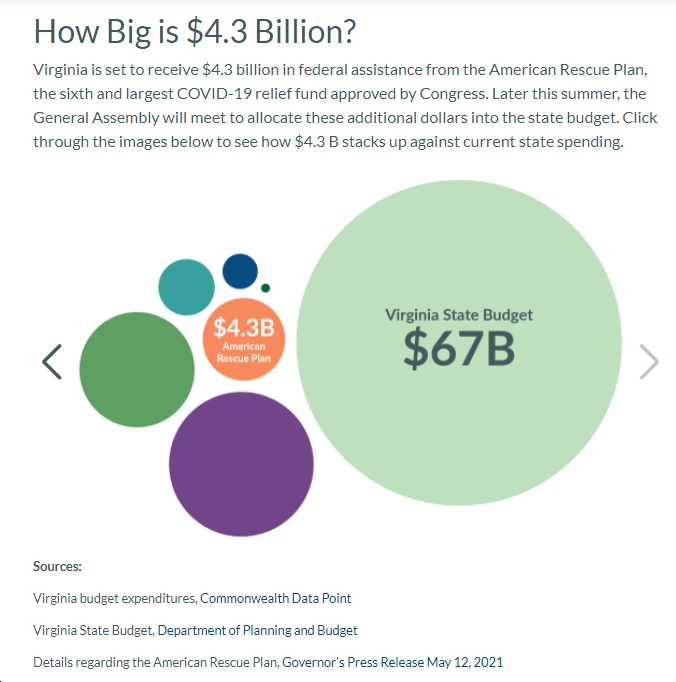 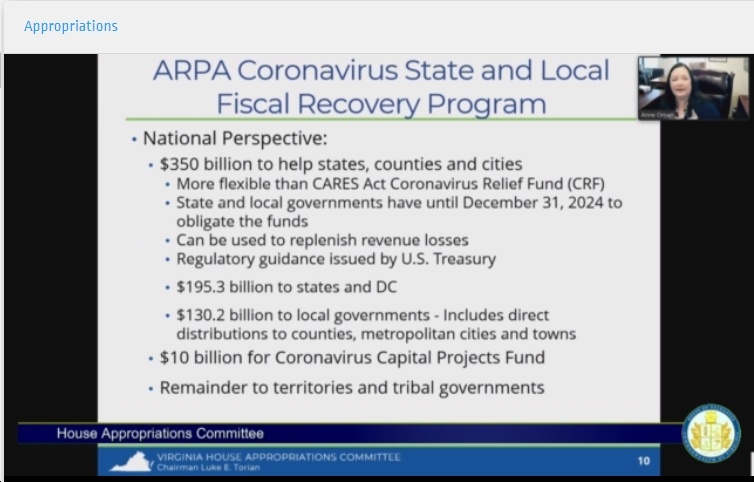 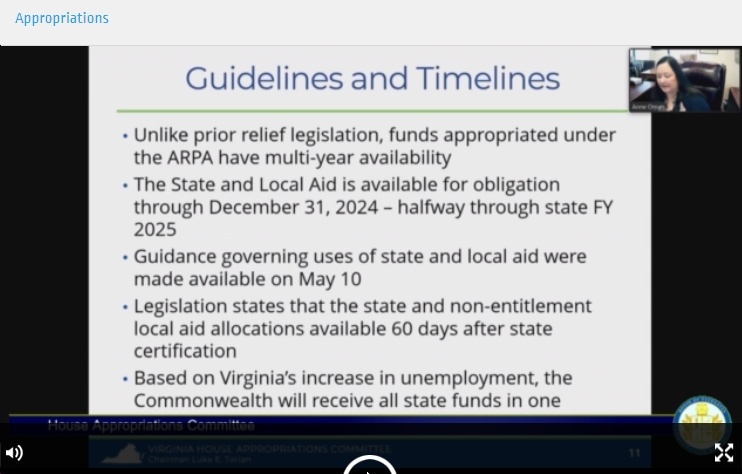 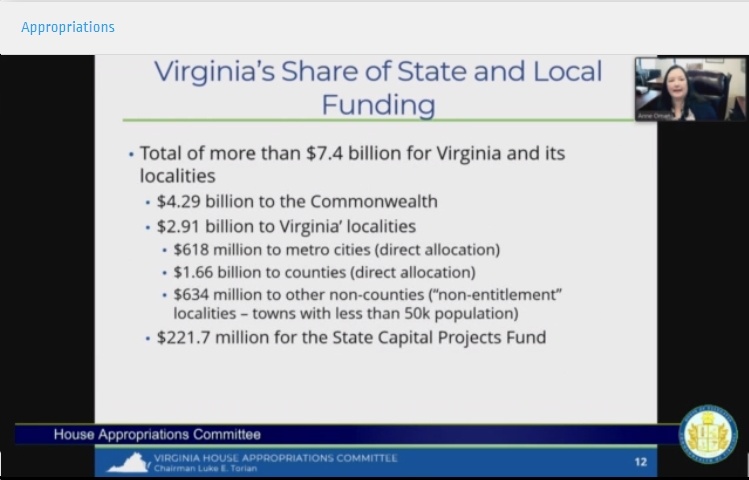 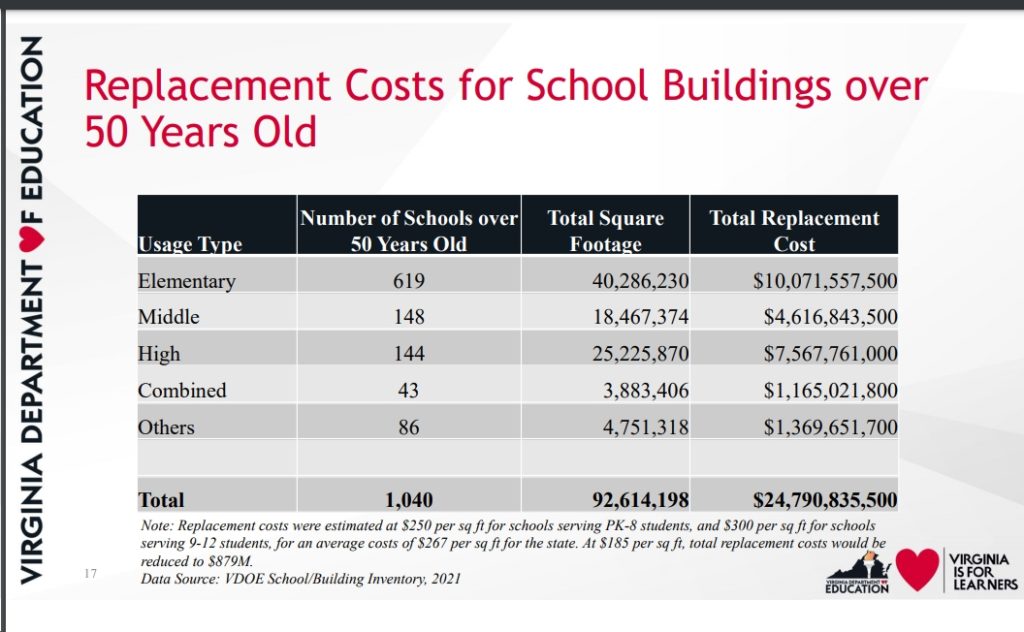 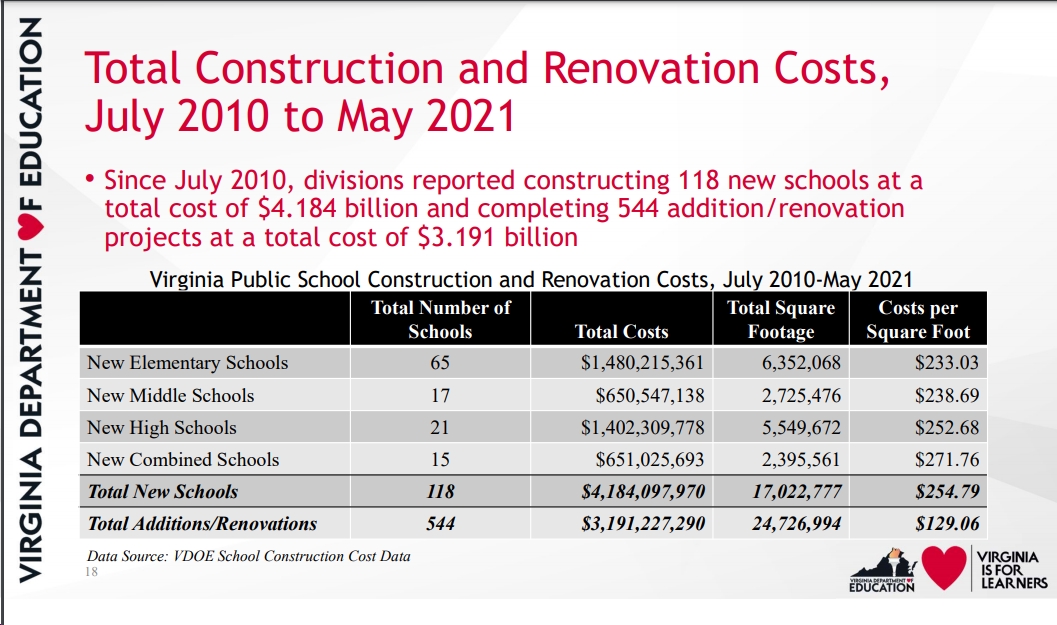 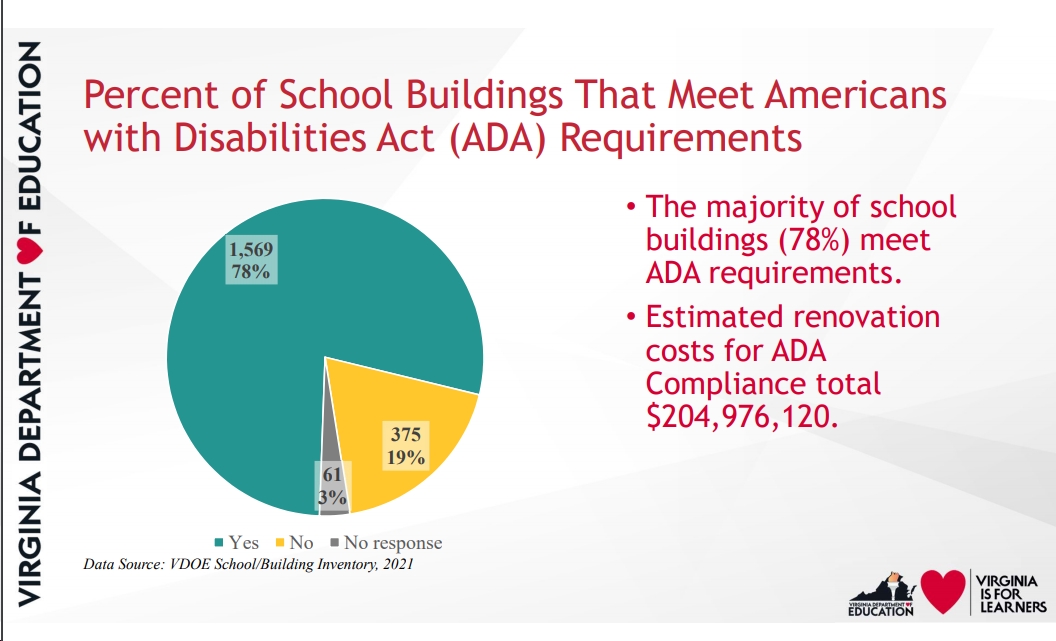 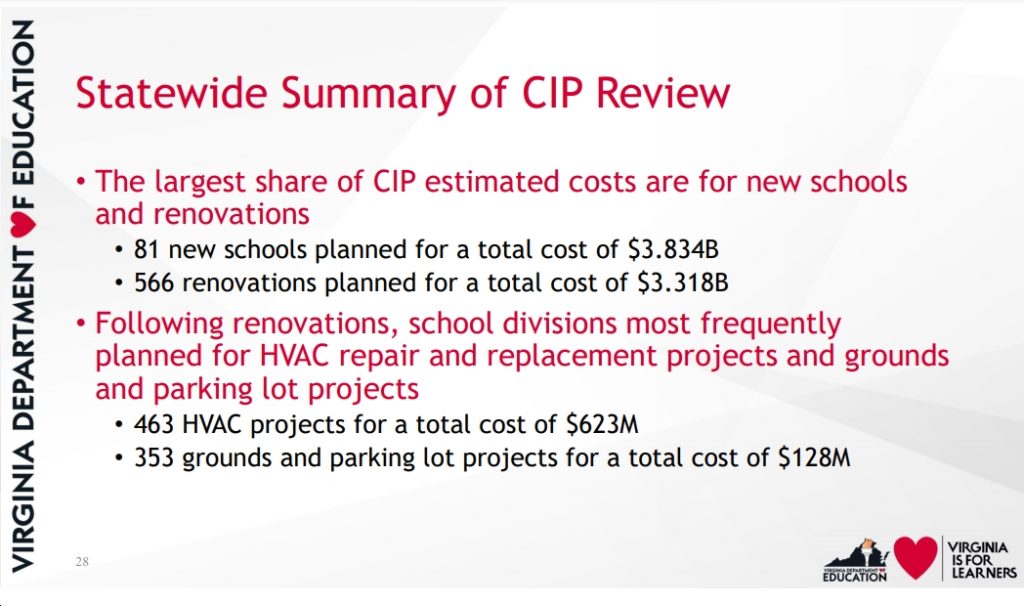 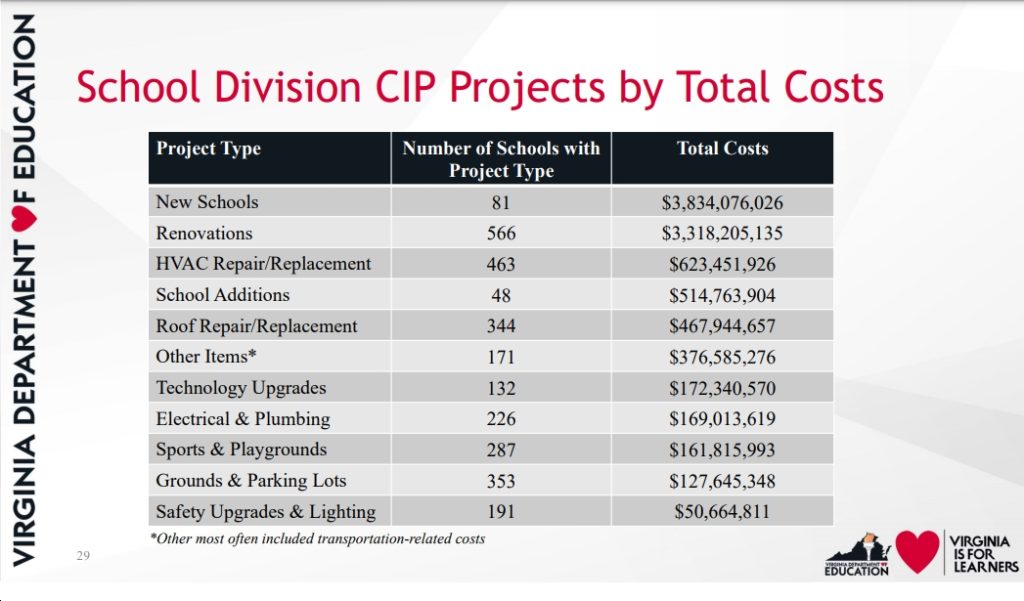 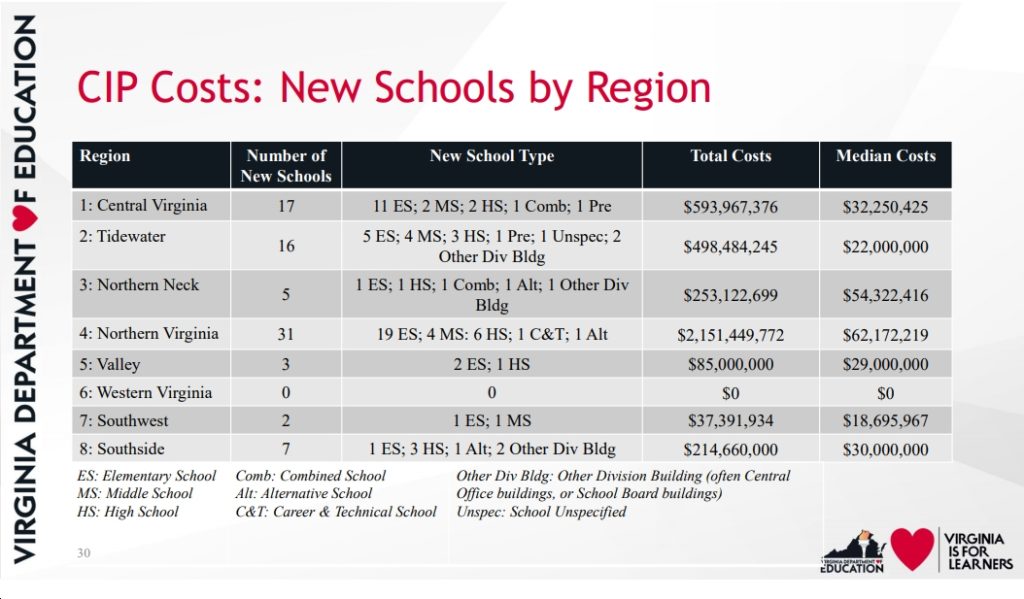 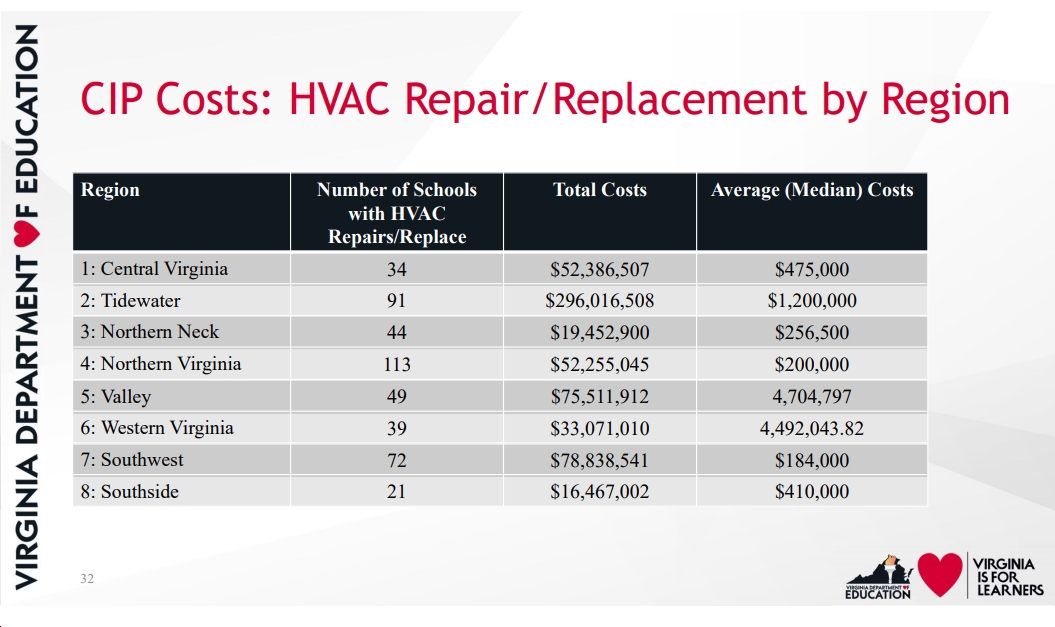