Early on this afternoon before Virginia Democrats head to the polls to select their statewide and House of Delegates nominees, Chaz Nuttycombe of CNalysis talked to PredictIt about where things stands.  See below for video of the conversation, highlights, as well as the current PredictIt prices (McAuliffe the overwhelming favorite for governor, at 99 cents; Sam Rasoul the favorite for LG, at 57 cents, followed by Hala Ayala at 30 cents and Mark Levine at 7 cents; Mark Herring at 99 cents in the AG race). The focus of the conversation is the LG race, since the governor’s and AG races are basically blowouts on PredictIt, ergo not particularly interesting to the prediction market at the moment… 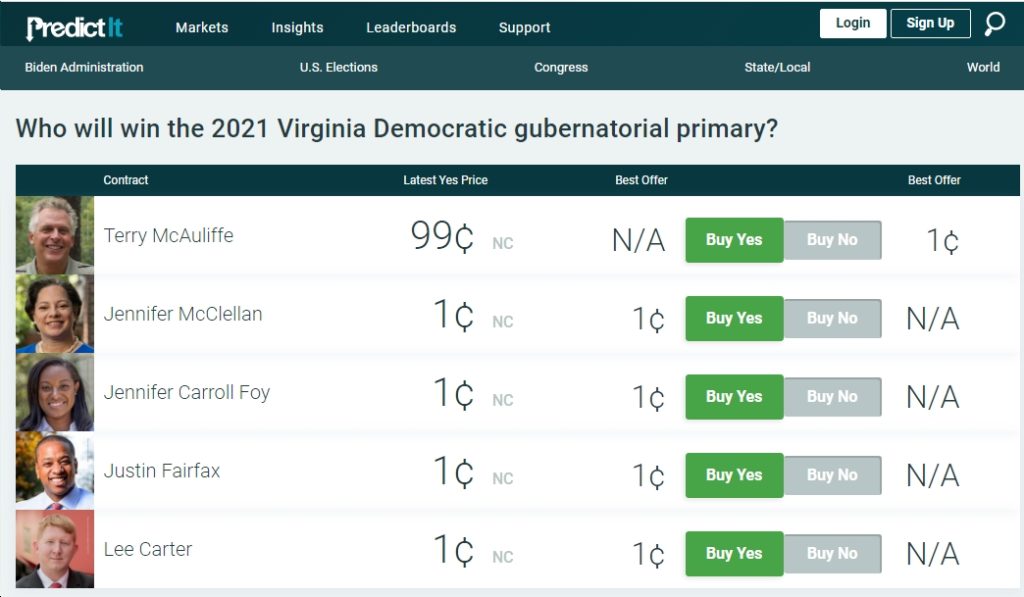 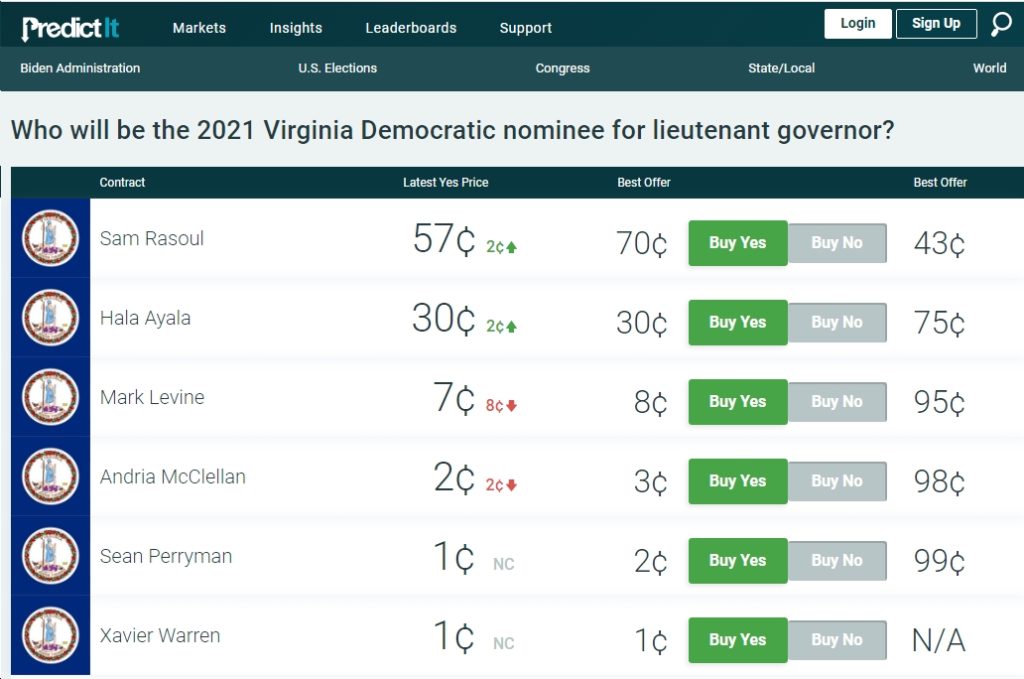 Photos: With 16 Days Until Election Day 2021, Virginia Dems Campaign Across the Commonwealth

Video: On “The Sunday Show With Jonathan Capehart” (Where Glenn Youngkin REFUSES to Appear), Terry McAuliffe Mocks Youngkin For Calling Pledge of Allegiance to...

GREAT photo with which to end the weekend - go Dems! https://bluevirginia.us/2021/10/photos-with-16-days-until-election-day-2021-virginia-dems-campaign-across-the-commonwealth#comment-5574826341