We’re now just under four months (119 days to be exact) until the election on November 2, with all Republican and Democratic nominees selected, and with the campaigns expected to really gear up by the end of the summer. So…not a bad time for Virginia political gurus like Chaz Nuttycombe and Ben Tribbett to assess where we’re at. Check out the audio, below, as well as my bullet points which summarize their ratings. 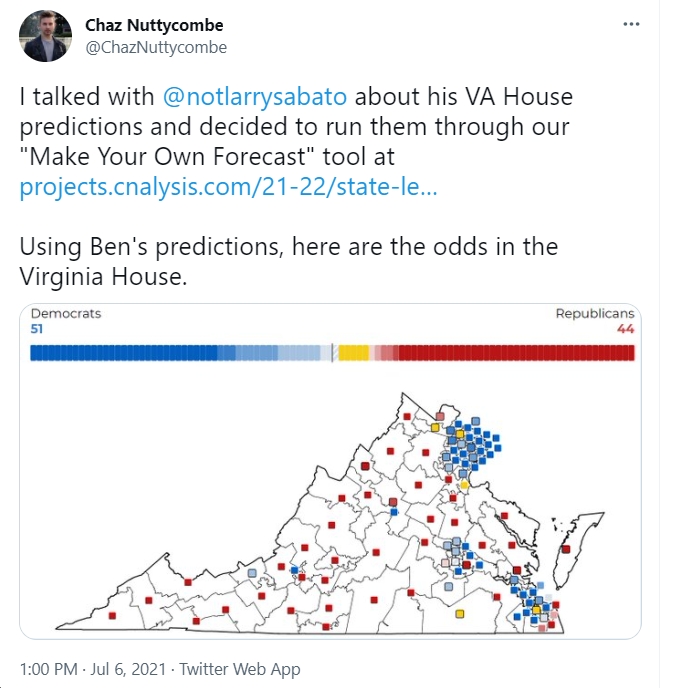