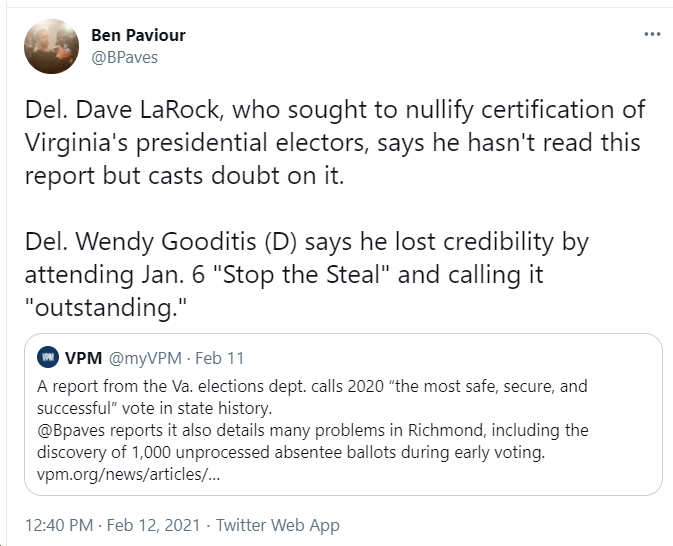 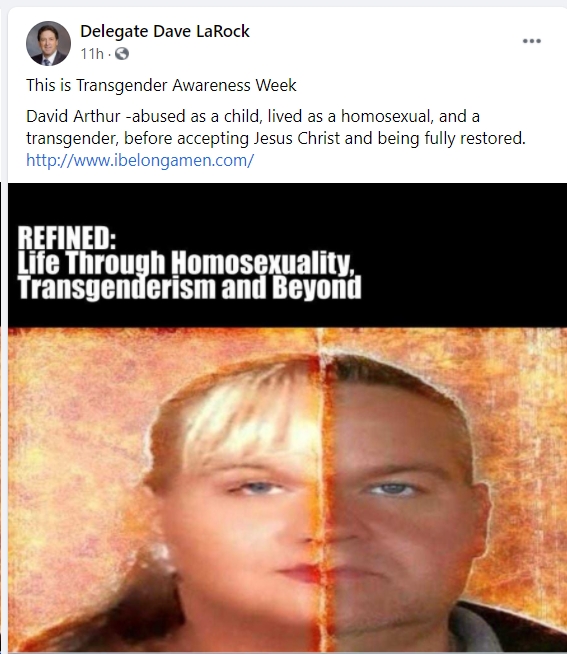 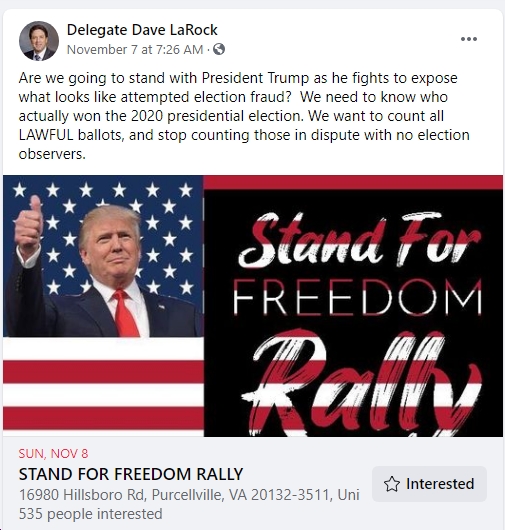 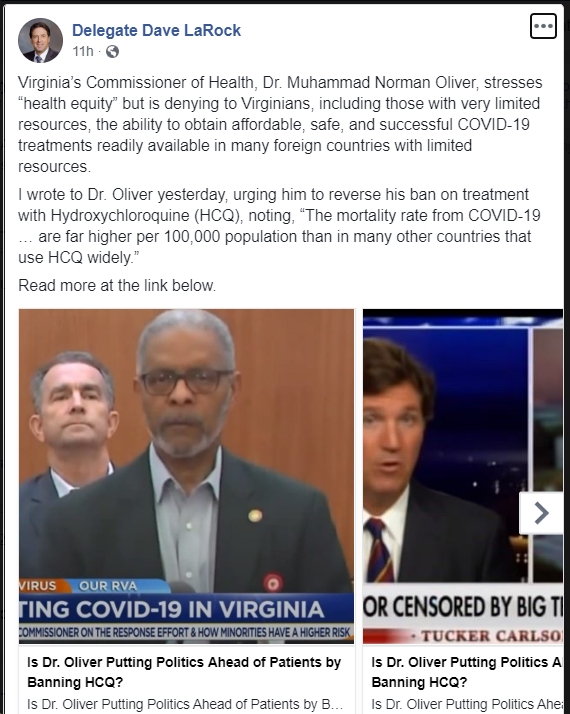 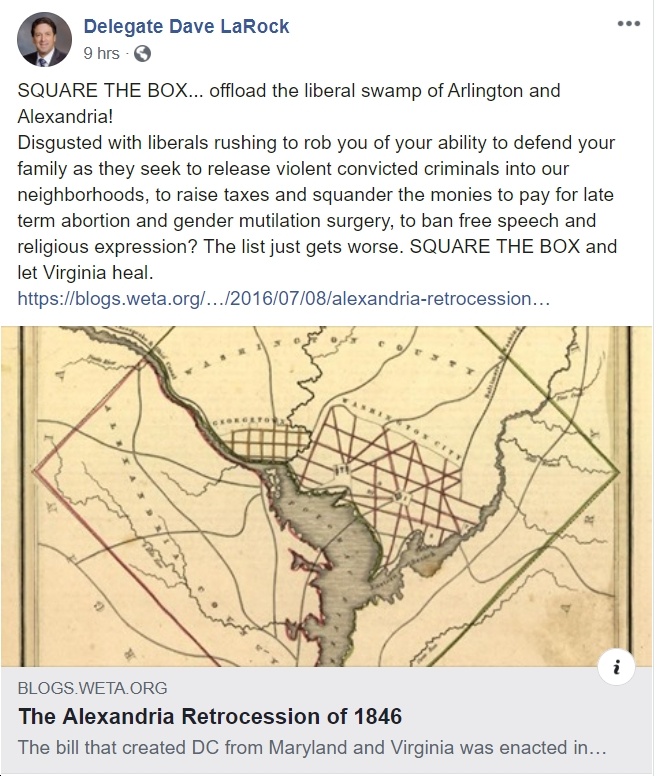 It goes on and on and on, raising the question as to why literally anyone would even consider voting for this guy. Unfortunately, HD33 is a pretty strongly Republican-leaning district – having gone for Ed Gillespie over Ralph Northam by 9 points in 2017 and for Donald Trump over Joe Biden by about 7 points in 2020 – and Republicans these days appear willing to vote for just about *anybody* with an “R” by their name. So…it’s not going to be easy, even for a potentially strong Democratic candidate like Paul Siker. We’ll see…

Anyway, a couple more Dave LaRock items were brought to my attention today, and I thought they were worth sharing. First, check out the following, in which LaRock falsely claims that “if you get the shots you are effectively entering the first round of testing” (in fact, there’s been a LOT of testing, with the vaccines not being approved by health authorities around the world until that testing was completed). LaRock also absurdly writes that he “applaud[ed]” those who are “less trusting” of the vaccines for supposedly “being critical thinkers and not being bullied by this massive PR campaign.” Also note that LaRock’s stat about people dying after receiving the COVID-19 vaccine has been debunked: “As Lead Stories has previously reported, it is statistically inevitable that some people will get sick and die after getting the shot, but for reasons unrelated to their response to the vaccine. As of May 5, 2021, CDC medical experts had not yet documented a single fatality caused by COVID-19 vaccines among the 107 million Americans who are fully vaccinated.” LaRock, of course, ignores all that, and instead spews out dangerous disinformation about these life-saving vaccines. 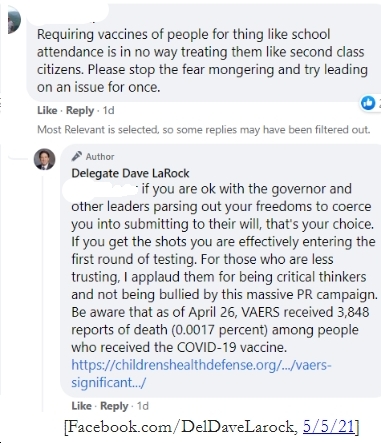 The bottom line question is whether even a “red” district like HD33 is getting tired of the idiocy, ignorance, sedition, etc. from its delegate in Richmond. I mean, it’s not like the guy’s effective or anything, as he actually had a ZERO PERCENT “legislative batting average” in 2021 and also in 2020, when he patroned a whopping 41 bills but passed ZERO.  C’mon HD33, you can do a lot better than ZERO, right? LOL